The Football Association's (FA) Groundsperson of the Year Awards is a nationwide competition for non-league football groundsman. The Awards recognise the contribution of groundspeople; the 'unsung heroes', who work in all weather, often as volunteers, all year round, to make sure that thousands of matches can take place on a high standard of playing surface and with a very limited budget. 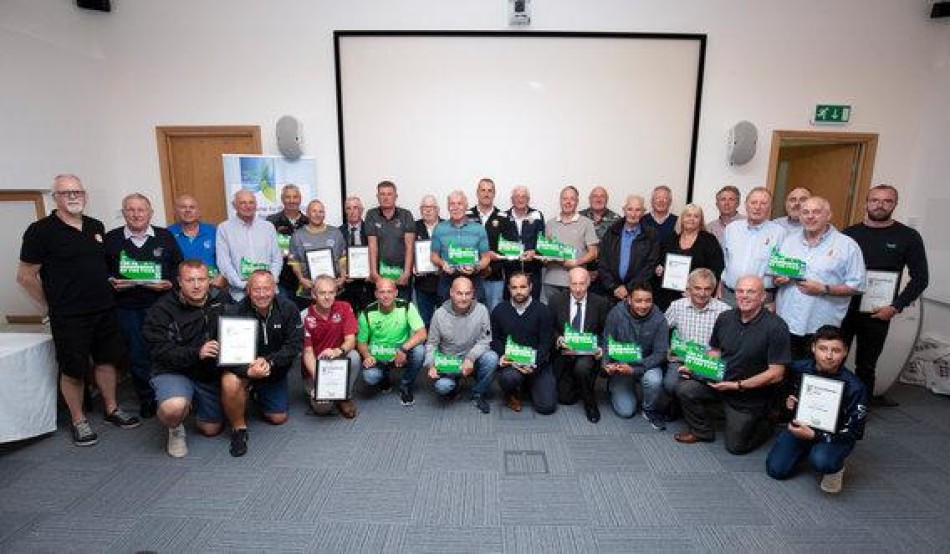 The FA has a panel of judges - professional groundspeople themselves, who look at the quality of the pitch whilst also taking into consideration the skills and knowledge of the groundsperson, their ambitions for the pitch, the resources available, how often the pitch is used, and the amount of time they are able to work on the pitch.

All the award winners, runners-up and highly commended groundsmen for 2018/19 season were invited to an awards day at the FA National Football Centre St Georges Park in August, which included presentations from Karl Standley - Wembley Head Groundsman and Scott Brooks - Head of Grounds and Estate St George's Park.

The winners from each of the categories are as follows: