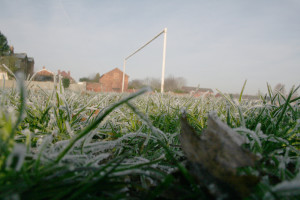 More than 2,500 people responded to Sky Sports News' survey enquiring about the difficulties in participating in the sport at a local level.

The result concluded that more than 65% of respondents said they did not think local councils did enough to support facilities and the costs of low-level football and 83.7% said the FA do not do enough to preserve the grassroots game.

However, Horne is adamant that despite local authorities being under pressure to cut their budgets, he insists they will address each authorities requirements in order to ensure the sport can be played in every local area.

"We're working with 17 county authorities and we're trying to work out where the pressure points are," Horne said.

"We know the pressure points are on local authorities, they are under pressure to cut their budgets so they are thinking about ways to save money and it's costing them money to keep grassroots pitches playing week in and week out.

"We also know that grassroots pitches only get you five or six hours of football a week and increasingly and we are seeing people being comfortable playing and training on artificial pitches.

Horne added that the FA are working with three local authorities on a pilot basis by addressing their individual issues.