With just four of the 12 Aviva Premiership clubs making a profit and the average debt of a Super League side into the multiple millions, access to finance for major projects isn't always easy to come by. 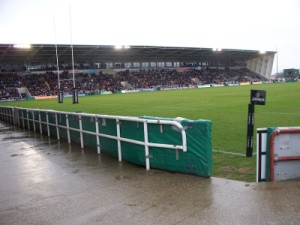 Clubs at lower levels in both codes often struggle to make ends meet too of course and getting a new pitch, for example, using more traditional funding methods can prove tricky whether you are making a profit or a loss but there are other options if you get creative as Newcastle Falcons have proved.

The North East club are thought to have paid somewhere in the region of £400,000 to install a new 3G pitch at Kingston Park and borrowed a significant proportion of the funds from alternative finance firm Timali to finance it and commercial director George Holmes says it is a sector he thinks will grow significantly in future.

"We work in a broad range of sports and a lot of clubs do operate at a loss, so when they go to a bank and try to extend their credit life it just isn't going to happen in many cases and alternative finance is the only option that they will have as they don't have a huge amount of money sitting in their bank account," he told Running Rugby.

"It is a service that I believe will prove to be very attractive to sports clubs that are operating at a loss because there aren't that many other options out there."

oans, depending on the circumstances, but Holmes says the acceptance rates are so much higher than at banks and it means more clubs can access funding if they are aware of the options.

"Alternative finance may come at a higher rate sometimes but the acceptance rate that we can offer is much, much higher than banks for sports clubs and we accept many more deals than they do," he said.

"We look at every case on an ad hoc basis and every club has different accounts behind them, so we look at those and their credit history and then we look at the amount of the loan and the actual time that they want to repay it over. 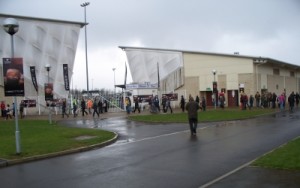 "Some clubs obviously have very strong accounts and we can give them the very best rate that we can offer but some are more difficult.

"At the end of the day it is down to each and every club's individual accounts."

The funding the Falcons obtained was available to them based on the amount of income they generate in credit and debit card payments. Half the money was released by Timali straight away with the other half to be released in the summer when transfer funds and other related costs may be needed and the money is paid back via a standard finance agreement with automated credit and debit card payments made during part of the 18-month repayment period as well.

"We won't offer finance if we are unsure of the ability to make repayments. You can never be 100 per cent sure but we are as close to that as possible that clubs will be able to meet the repayments and we wouldn't offer finance to a club if we thought it would put them in a worse financial position. We want to help clubs, not put them in a worse financial position," Holmes added.

"We look at the last accounts that clubs can offer us. That is how we did it with Newcastle, looking at their PDQ takings (revenue through credit and debit card payments) and giving them a quote and forecasting that they would be the same or even better given their better performance.

"There are also other factors that we take into account such as attendances, how many people are buying season tickets and other factors."

Newcastle made a loss of £3.36m in their most recently published accounts for the year ending June 30 2013, when they were playing in the Championship, and a loss of £1.85m the year before that.

And, with only Leicester, Northampton, Gloucester and Exeter making a profit in the top tier of English rugby according to the most recent accounts of each club, the finance model used by the Falcons could become increasingly popular. 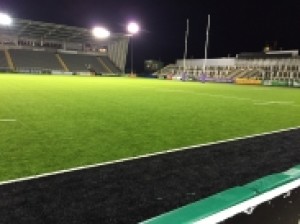 Holmes says it is not just the preserve of the top clubs that regularly generate significant income from ticket sales, shirt sales, bar and hospitality offerings and other areas though and says the funding could turn a more modest club's fortunes around if utilised in the right way.

"We are putting a package together at the moment for a small community-based rugby club and helping them to install an artificial pitch because they are losing money on their grass pitch at the moment," he told Running Rugby.

"It is almost not really a case of them wanting to do it but that they need to do it as soon as possible because they are losing significant sums of money. We have offered them a package and it has given them a chance to keep the club afloat and not close it down.

"If they give it another 12 months or longer, they don't know what will happen because the amount of money they are losing on their grass pitch is phenomenal so it is a lifeline for clubs to actually get a development up and running in a few months rather than in a few years."

Whilst the finance option is available for other facilities and equipment, there is a close link with the suppliers of 3G pitches and it is one of its more obvious uses given the significant financial outlay required.

Recent votes in football have gone against those wanting to allow the use of artificial pitches in the lower leagues but various 3G surfaces are approved by World Rugby with Saracens and Cardiff, as well as Newcastle (and Widnes in the Super League) having installed one at the highest level and Holmes believes they are a great business decision for most clubs lower down the pyramid as well.

"If clubs are willing to rent their pitch out to the community, then the business plan of a 3G pitch is a revenue-based model and that is often forgotten. They could be turning their pitch into a small business essentially," he said.

"And what we can do with our repayments is try our hardest to actually quote them for the income that they will be bringing in through the pitch.

"It brings a completely new revenue stream into the club that you just wouldn't have had before."

So, for now, whilst alternative finance is offered in all sports, Holmes thinks there are more opportunities in rugby than most.

Timali is also the only company offering a sponsorship finance model at the moment that gives clubs access to 100 per cent of its sponsorship funds up-front, whilst allowing the sponsor to spread its costs over the duration of a contract.

And, whether it is artificial pitches, facilities, equipment, hospitality or sponsorship, Holmes believes the rugby market is one that could benefit from different funding options and expects to see it experience significant growth as the 2015 Rugby World Cup on these shores looms large on the horizon.

"I think rugby is going to be a great market for us. It is just behind football in terms of its popularity and there are a lot of sponsors interested in the sport because of the World Cup coming to England," he told Running Rugby.

"After the World Cup I think more brands will want to get involved in rugby union as well and the models that we offer will be really interesting to people.

"I think it's a big market that is going to blast off very soon."