I have found, over the last couple of years, that there are still a lot of greenkeepers who are interested in beginning an overseeding programme but, for reasons other than the obvious (budget, time constraints, approval etc.), are still apprehensive about undertaking a seeding programme as part of their renovation.

So, I thought I would outline some of the most common questions, queries and concerns that we get asked.

1. When is the correct time to sow?

This has been the most frequent question this year, by far. My take on it is that, if you are really committed to increasing the desired species in your greens, you need to be overseeding regularly. Now, this statement obviously sounds typical from a salesman, but I'm wearing my technical hat here and, basically, for better results, applying seed throughout the growing period will increase the percentages of the establishing plants.

This doesn't necessarily mean doubling or tripling your seed amounts, but distributing the total amount you would normally apply in the autumn - i.e., if you apply 60kg over an average 18 hole course of pure browntop bent (Agrostis capillaris) at the 'back end', divide that into two applications of 30kg, one in May/June and the other in August/September and, if you can add another 20-30kg in July, that would be perfect.

My over used quote on this subject is, 'the backend is the best time to sow, but that doesn't mean the spring is bad, just not quite as good'.

Again, another frequent question. This has obviously rung very true the last couple of springs, and especially so far this year, with day temperatures struggling to reach double figures and night frosts right through till mid May. Greenkeepers have been very apprehensive about putting the seed down, even though there were many who had planned early sowings, only to be stifled by the weather. 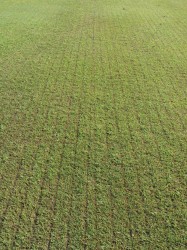 I completely agree with their concerns, however, if time is going to be of the essence come June/July, getting the seed down early can be a time saver, and the possibility of dry conditions and increased course traffic will not help establishment.

I must take this opportunity to mention that some spring maintenance practices may conflict with this i.e. heavy scarifying, hollow coring etc., but for the purpose of this article I will just comment on the seeding aspects.

Browntop bent is a very resilient seed and will not suffer from sitting in the ground during periods of dormancy, and the argument from my many clients who sow in March/April is that it comes up when it is good and ready, no matter what month you sow. Records from this year demonstrated about 21-28 days to germination from clients who sowed in early March, 10-14 days in early April and 8 days in May.

Fescue seeds, too, will not suffer greatly from inactivity but, unless they are sufficiently buried, there will be some loss - fescues will have a greater germination rate than bents early on, but then survival becomes an issue.

When the night temperatures reach double figures this will signify perfect growing conditions. There are always exceptions to this rule and I have many examples of successful early April and, in some cases, March germination of bents, and clients who swear by these early sowing methods.

The same rule can apply to 'how late can I sow?'. This is best achieved with one eye on the weather rather than pre-planning an October sowing. The last two Octobers have been great, but followed by terrible Novembers. There has been a trend recently of courses having their renovations delayed or, in some cases, called off due to the improved playing conditions in autumn, which is not helpful. I have seen successful October sowings, but September would be the latest I would recommend.

3. Which cultivars should I choose?

This topic has been most fascinating in recent years. I may have been blinkered by the sheer numbers of parkland, heathland and hillside courses I deal with in the North West, Midlands, West Yorkshire and North Wales, but this does reflect the greater percentage of British golf courses.

First and foremost, I will say that I am a big fan of fescues in greens, they are the traditional and desired species that provide the least resistant surface for ball roll, and are slightly more disease tolerant than traditional browntops. 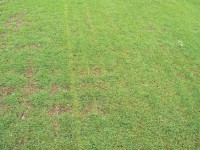 But, so many of the courses I deal with cannot sustain fescue growth. This is down to a number of factors, most importantly height of cut. Realistically, 5mm is as low as you technically and biologically should cut in order to colonise fescues. I have seen it achieved at 4mm in special circumstances, but definitely no lower (to prune a tree you trim the branches ... you don't cut it at the stump!).

General wear, foot traffic and compaction are also contributory factors to the decline of fescues. Many courses have too many rounds of golf for the very fine, hence weaker fescues to establish and repair.

Another culprit is the weather. Traditional clay push up greens, with poor drainage and low light levels, have suffered tremendously from three years of constant rain and, simply, the fescues die out if their roots are too wet and meadow grass invades.

This is why I have found a massive surge in bentgrass popularity, whether it is our velvet bents (Agrostis canina) Avalon or Vesper (this could be a whole new article!) or our very popular native browntop, AberRoyal. More and more greenkeepers are veering toward a bentgrass dominated sward.

There is still definitely scope for fescue application, especially early on, to repair winter scarring and in the traditional 80/20 mix for general repair work but, with a long term species improvement programme in mind, I believe that bentgrass will achieve this a lot quicker, bearing in mind the obstructions we find on modern golf courses (natural and manmade).

Browntop or velvet bentgrass, especially newly bred varieties, are more likely to compete against annual meadow grass and form colonies with regular overseeding much quicker and more successfully than fescues. Disease resistance, leaf fineness and colour should also be a factor in your decision.

A very recent topic of discussion with some of my clients has been a reversal of the nursery plant technique, and a longer term goal of reintroducing fescues back into a predominantly browntop sward. This can be achievable once the annual meadow grass is the lesser of the present species.

4. How should I apply the seed? 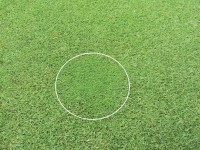 Obviously, there are fantastic machines that you can wind down to 2gms per m2 and to 2mm depth, but these are very expensive. Whichever method you choose, the most important issues are good seed/soil contact, correct depth (for best results, browntops and fescues should be sown separately and at different depths - fescues deeper) and a rootzone for establishing seedlings.

This can be achieved with a number of methods. My favourite is lineal grooves (from a disc seeder rather than scarification) but brushing into holes will be successful too, as long as there is not too much disruption to the putting surface and established desired plants.

I have plenty of clients who sarrel roll, drop-spread the seed, drag the seed in then lightly topdress - job done with effective results. There are still a few 'chicken feeders' out there too!

Advents, like growth regulators, as a preseed assistant are fantastic too.

If a shorter than desired height of cut has been thrust upon you, then topdressing immature seedlings is a great way to minimise damage by early mowing.
Thatch levels will also throw up debate. Obviously, if there are underlying scientific reasons why overseeding will not be successful, then your agronomist is the best person to advise you on this. But, if you do have excessive thatch - and I emphasise excessive - then, whilst you are hopefully undertaking an extensive aeration programme, there is no crime in applying seed to the newly constructed holes (better than annual meadow grass invading).

This then leads on to the next statement;

5. I have no trouble with germination but my seedlings never survive.

This problem can be attributed to many factors: excessive thatch, disease, lack of/too much water, soil and air temperatures - all reversible or avoidable.

Even the most experienced greenkeepers I deal with are continually baffled by this - you do everything by the book and still the new plants struggle. Like I mentioned earlier, there are now a lot of new products and methods to assist with this. BSH's angle is in the breeding - choosing a newly bred, native species, with quick adaptation to the climate, with all the modern attributes and requirements bred into it, has certainly curbed this issue for many greenkeepers.

The new seedling shoots need some form of loamy soil to root into. This is why just generally 'scattering' the seed on the surface or into a thatch layer has limited success. Any form of surface breach, along with topdressing, will create the perfect environment, especially to avoid any thatch layer.
Irrigation is key too. Obviously, with the onset of 'stressing' of undesired species, many greenkeepers are loath to water too much - another argument for spring seeding when there is more moisture about.

In conclusion, for every concern you may have, there is an answer for it. Speak to other greenkeepers, talk to the reps (we can be useful sometimes!) and, more importantly, have confidence in what you're doing. Involve the committee, if necessary. We are always available to speak to them, if needs be ... and never be afraid to ask questions.