0 Farewell My Friend: The Final Day At Laleham Golf Club

Golf Monthly's Elliott Heath laments the demise of Laleham Golf Club in Surrey and plays a poignant final round with fellow former members before the diggers set to work... Golf can be cruel. For most, the odd shank, lost ball or 0.1 feels like the end of the world, but the following story cuts deeper than most club golfers can imagine.

Never do you think your golf club will be taken from you, but in today's precarious financial climate, that's exactly what has happened to the members at Laleham in Surrey.

A friendly, lively members' club, Laleham had been home to the golf community in Chertsey, Surrey for over 100 years.

Historic competitions, frequent roll-ups, social events and over 500 members made it a great club to call home, no matter what your age, gender or playing ability.

However, earlier this year, I learned that the course was to close. 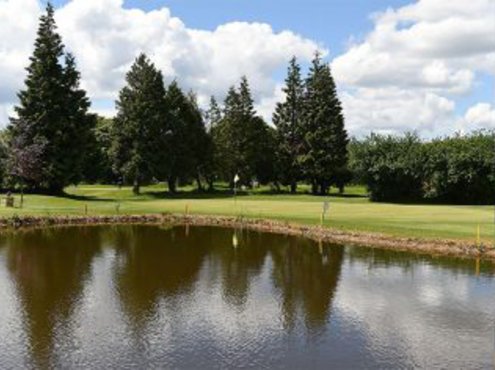 This was my first club, where I got my first handicap, won my first competition, had my only hole in one, became junior captain, and developed a true love for golf.

It was where I spent my summers as a school kid forging life-long friendships. Now, this bustling members' club is being ripped apart, literally, its future unknown.

Here is the story of the last rounds played at this historic, and typically British, golf club.

Laleham Golf Club was founded in 1903 on land owned by Lord Lucan, the British peer who was suspected of murder and then disappeared in 1974, presumed dead.

In 1996, the land was finally purchased by the club, with each member lending £1,000 on the proviso that their money would be returned within six months of them leaving the club. Problems, perhaps inevitably, ensued. Whenever members left the club, Laleham's bank account lost not only a year's subscription fee and the money that member would have spent in the bar and pro shop, but also the £1,000 loan, which it was obliged to return.

There were years when 50 people would leave and it began to cripple the club as it struggled to repay its £750,000 mortgage. The financial problems were stacking up. In 2008, Thorney Farm Developments Ltd bought the club for £1.37 million.

But after nine years of continued struggle, the owners recently released a statement advising that the course would be closing due to "the combination of sustained trading losses, the current economic climate and a nationwide decline in the demand for golf."

Needless to say, this hit the Laleham community hard. Nestled on the banks of the River Thames, Laleham was a testing track. At just over 6,200 yards, it wasn't long by modern standards, but was renowned for its superb putting surfaces and played like a links in the summer - firm and fast with thick rough and pesky bushes lining the fairways.

Your handicap really did travel, something all the members were proud of. If you posted a good score, you deserved it.

The golf club celebrated its centenary in 2003 and many members recall Peter Alliss congratulating Laleham in his BBC golf commentary. But ten years later the club, as we knew it, closed at the age of 110, becoming a 'pay and play' facility.

Despite this dramatic move, the financial challenges persisted and on Wednesday March 22, 2017, the last ever roll-up took place at Laleham.

Heavy rain was forecast and, for once, the weatherman was right. Perhaps fittingly, however, the Golfing Gods allowed us to enjoy our final hole in glorious sunshine. What was supposed to be a group of 20 or 30 people turned out to be just ten, but we would go on to meet many more later at the pub.

Standing on the 1st tee in the hammering rain, there was a real sense of unity. We had all gone our separate ways since the club's closure but this was just like old times. We were all here to say goodbye to our golf course; the weather wasn't going to stop us, and neither were the diggers.

The heavy machinery was dotted about, ripping out pond-liners and filling in bunkers. When we teed off there were three bunkers lining the right side of the 18th green, but when we finished they were gone! A harsh reminder that our golf course really was dying, and fast.

I played with Lloyd Weir, a good golfing friend for whom I caddied on the Trilby Tour a few years ago. "It's a very sad day knowing this will be the last time we play at Laleham," he told me.

"The memories will last a lifetime. I'm sure a lot of people would say the same about their own club but I truly feel that Laleham and its membership were unique. Rest in peace, Laleham." The golf was brilliant. The greens, to our surprise, were as good as we remembered, but despite parring my first two holes, my game went downhill from there.

I'll always have to live with leaving myself 80 yards into the par-5 18th and stone-cold chunking it. I made bogey!

The day's winner was Nigel Barrett, a member since 1997, who has always been dangerous off 13.

"It was good to do that," said Nigel. "I had five pars and a birdie in my last six holes, which was a good way to finish!"

Laleham is where Nigel's sons, Dan and Steve, learnt to play. He was junior organiser during a victorious stretch for Laleham in the Surrey County Cup. "It was quite a sad day," Nigel continued after our final round. "But to see some old faces, and some members who had been there for 40 years, was lovely."

With no chairs and no bar, a few of us enjoyed a beer on the patio for one final drink, sharing memories of our much-loved club. We all agreed that there wasn't a single bunker on the course that we hadn't visited down the years!

Off to the pub we went. At The Bells in nearby Staines we met another nine or ten former Laleham regulars, including Dickie Poulter (no relation to Europe's Ryder Cup hero). Dickie had been a member since 1972, and shared some stories from his many years at the club, one of which was how, as a 17-year-old, Ian Woosnam had driven the 16th, a 350-yard dogleg-left par 4.

This day was very much like a funeral for those of us who gathered to celebrate the 'life' of Laleham Golf Club.

In the end, I suppose there is a simple moral to this story - look after your golf club, love it for what it is, and don't take it for granted.

You can read the original article from Golf Monthly HERE