Germany led the recovery back into competitive football with the reintroduction of the Bundesliga on 15th May 2020, with the English Premier League also finishing the season. In other areas of Europe, countries such as Holland and France decided not to resume. 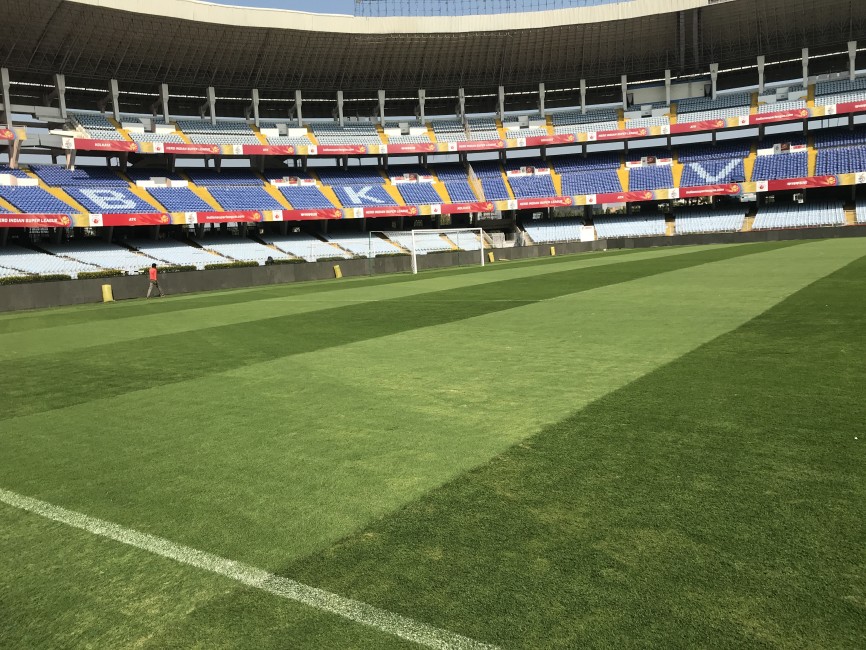 Whilst trying to work on a country by country basis is difficult enough, at FIFA, they are trying to reschedule four tournaments on three different continents, each in their own phase of the pandemic with various restrictions in place.

As has been established in previous articles, planning these tournaments takes a lot of visiting, checking and double-checking to ensure pitches will be ready for a World Cup at any age group. Ordinarily, interviews for these articles would take place on the phone during a spare hour in an airport between these visits, but today - as has been the case for eight weeks at the time of writing - the base of operations for Senior Pitch Management Manager, Alan Ferguson, is the Suffolk countryside.

For Alan, the initial conversations over Microsoft Teams and Zoom were to discuss how preparation for four tournaments, plus the men's 2022 World Cup in Qatar, could go ahead on the original dates before the age group tournaments were all rightly postponed and moved back a year.

The new dates for these tournaments now mean that the Women's U-20 World Cup in Panama and Costa Rica will take place in January and February 2021, the Women's U-17 World Cup in India in February and March 2021, the Men's U-20 World Cup in Indonesia in May and June 2021, along with the Men's U-17 tournament in Autumn 2021. As well as these competitions, the Olympic Football Tournament in Tokyo will also be under FIFA's guidance, meaning the pitch team will deliver six tournaments back to back for the first time.

"Like everyone else in the world I, or FIFA, had no idea about what was going to happen and how it was going to affect everything," Alan began. "A week before China announced they had a pandemic, we were on a visit to Wuhan - where the outbreak started - and everything seemed normal when we were there. There were no signs of what was going to unfold." 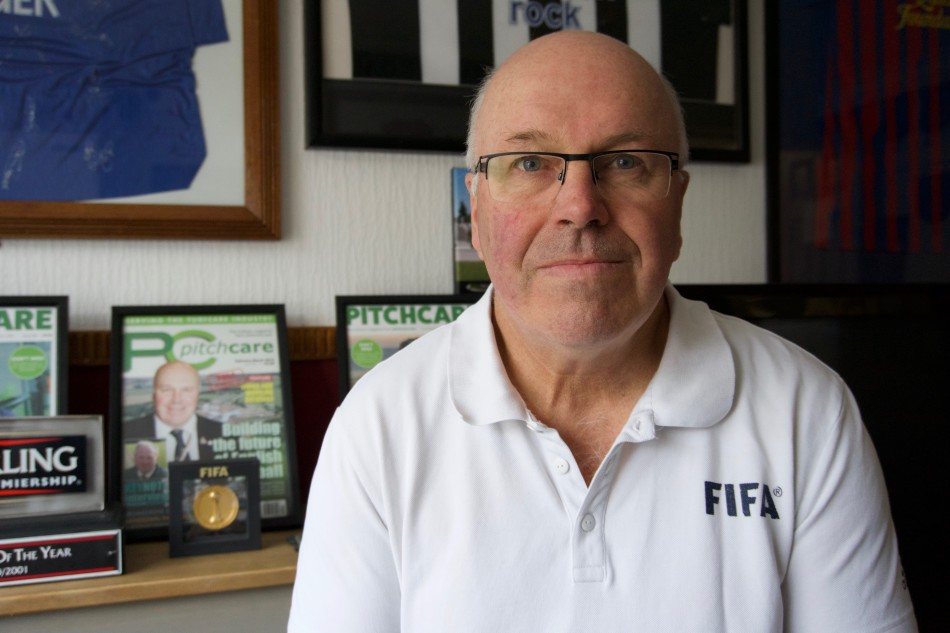 "We're now eight weeks into lockdown in the UK and plans are well underway on how we are going to rearrange the tournaments. Initially, it was difficult because there was a lot of hypothesising about potential dates, but this has become much clearer due to the formation of a FIFA led task force which has been challenged with aligning all the tournaments into the international football calendar. With those confirmed dates, a significant revision of plans and budgets has been carried out in conjunction with the project leads and host countries and is almost complete."

"Rescheduling the dates for the final tournaments has been relatively easy compared to the issue of completing the qualifying phases. This obviously involves much more travelling for each nation and, logistically, will take more consideration, but without it, we can't have the finals. The other obvious issue with age group tournaments is the age of the players. We can only delay them for so long before it has a massive knock-on effect on the football calendar. The age eligibility has been extended into 2021, despite the tournament titles staying the same because, ultimately, FIFA wants every player in every age group to have the opportunity to play at a World Cup."

Usually, the FIFA pitch team would only have three tournaments in a year, whereas the six finals in twelve calendar months will bring about many different challenges.

The Women's U-17 World Cup was due to be hosted in five cities in India in November 2020 and, for Alan and his team, the postponement has brought some welcome additional time for planning and executing work. The tournament will open in Kolkata, with the closing phase, including the final, in Navi Mumbai. Other group games will be hosted in Guwahati, Ahmedabad and Bhubaneswar. 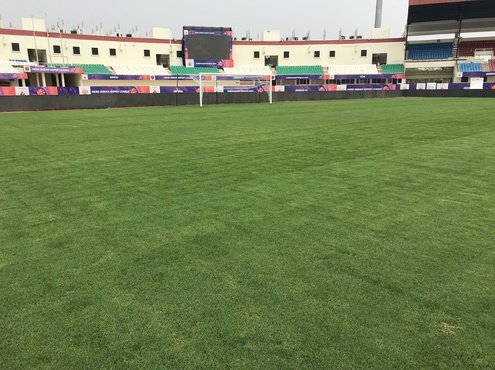 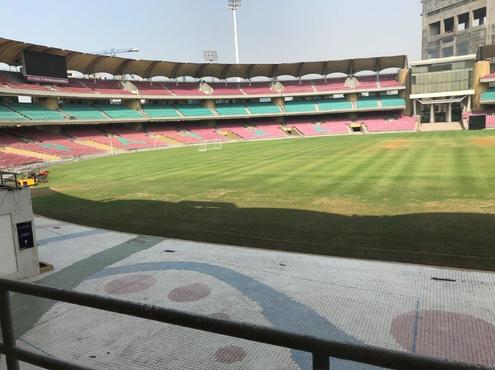 Alan and FIFA pitch consultants Labosport already faced stiff challenges around the 2020 Monsoon season, as well as several new pitch builds in Ahmedabad and Bhubaneswar. With global travel stopped, Matthew Leon from Labosport, who is based in New Delhi, was able to get a visit to all the pitches in just before the full domestic lockdown came into force. It had been hoped that the pitches being built from scratch could be completed ahead of the Monsoon season which traditionally begins in June and ends in early September. With the lockdown across India still in place, this important timeline will be missed.

"Under the original tournament timeline, the Local Organising Committee (LOC) who are FIFA's local representatives were due to take control of the pitches on the 21st August 2020. We had hoped that, from here on, the FIFA pitch team could step up the maintenance and meet the standards required ahead of the November start. I'm hopeful negotiations that are still ongoing will see this happen, and the additional time will take works clear of the Monsoon season and allow the pitches to be fully prepared. This will impact on the tournament budget but should result in better pitches being delivered in what I think is one of my most challenging deliveries to date." 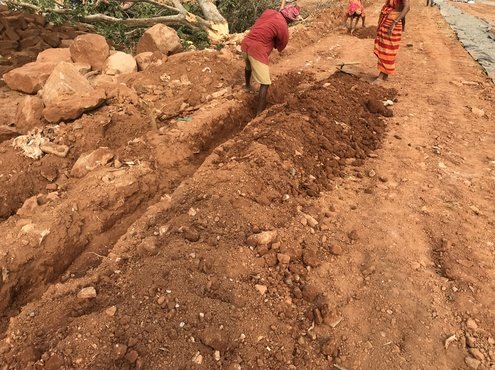 "Although these challenges come in many shapes and sizes, in India, they have been taken to a new level. The pitch team will have to get used to dealing with stray animals, such as cows which are sacred in India. On one visit I was very surprised to see drain tracks being dug by hand and the soil being removed in baskets without any mechanical machinery at all. One of the objectives is to help local labour by encouraging contractors to provide them with up-to-date equipment."

In similar circumstances to the finals in India, the tournament in Panama and Costa Rica will also benefit from having extra preparation time. Since qualifying for the 2018 World Cup in Russia, there has been a great desire in Panama to use that success as a catalyst to improve their football infrastructure. This has included major works at training grounds and stadiums which, despite the initial delay, will give them more time to complete building projects. The tournament will be played in two cities, San Jose in Costa Rica and Panama City in Panama. Three stadiums and ten training sites across the two countries will host the thirty-two-game programme, with key staff from both host country Football Associations already seconded to the LOC and plans at an advanced stage. 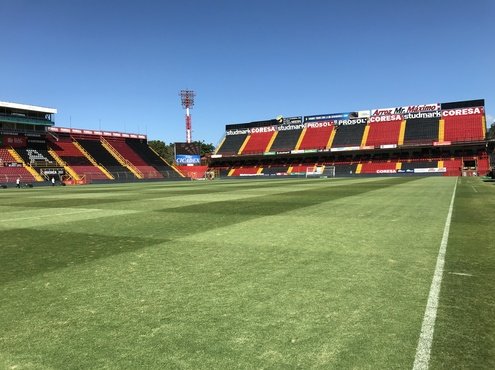 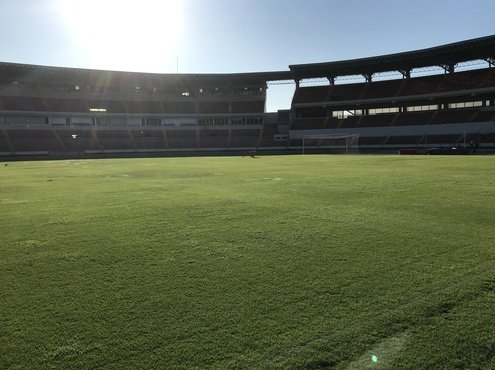 With the new dates, the U-20 finals and U-17 finals will be played back to back, but Alan is confident the pitch team has the adequate experience and resources to facilitate them in such a short space of time.

He explained: "The COVID-19 outbreak affects different countries in different ways. Whilst Panama is under virtual lockdown, things in Costa Rica are a bit more relaxed. Contractors can still work under guidelines and, with the help of modern technology, myself and Andy Cole from iTurf can maintain regular dialogue with the grounds teams. The GrasPro data collection system has really come into its own during the current restrictions because grounds teams working on the respective tournaments can load the operational data to the site, which enables myself and the iTurf team to track the progress of the pitches. So, even though we can't be there in person for a prolonged period of time, we still have a detailed idea of what's going on."

"On the whole, modern technology has really helped us during this time. My IT skills weren't the sharpest, but I've had to improve, so if I take one new skill away from all of this, then it'll be that!"

Away from the FIFA events is the Olympic Football Tournament. Arguably, this has been the most significant sporting casualty of the pandemic and one that dictated the rescheduling of other activities. All the facilities that were set to host the twenty-eight disciplines were built and undergoing the final tests when the announcement that the games would be postponed, for only the second time in the modern era, was made - the other coming as a result of the second world war. 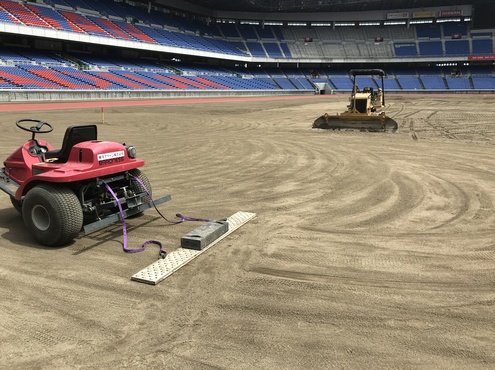 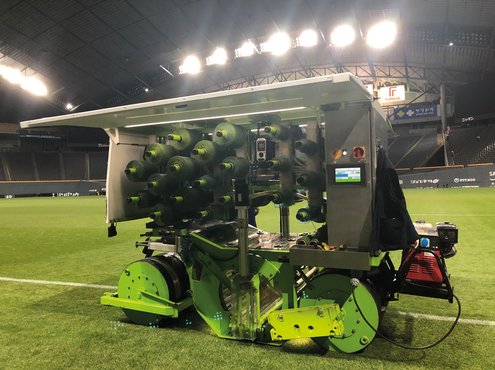 The rescheduling of the games was an important point for other supports. There are many sporting authorities, officials and organisations involved, including television companies who had multiple contracts outside of the Olympics. Money from television deals is paramount to many sports, so ensuring events didn't clash was of the utmost importance.

Alan and his team had already made two inspections to Tokyo and the pitch operations were at an advanced stage. With the pitch at the Sapporo Dome set to host eight games in ten days, trials had been carried out to see if their sliding pitch could be stitched. Because the stadium is used to play football and baseball, a retractable pitch system was installed with a synthetic baseball field and natural turf football pitch. It has a rich history of hosting international events counting three games in the 2002 World Cup - including England's 1-0 win against Argentina - and two Rugby World Cup 2019 matches. 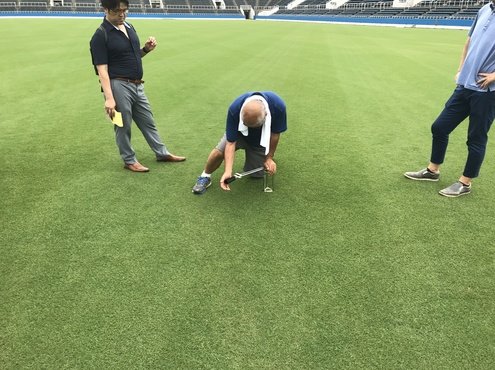 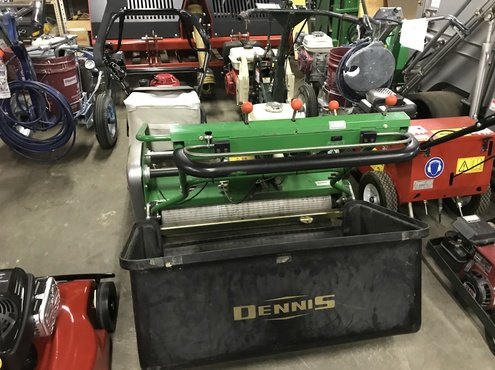 Pitch Testing in Japan / Range of equipment in Japan

Whilst the turf is more than capable of taking a stitch, the tray system used to move the pitch has a weight limit of four tonnes, making the weight of the machine the main issue. After the Olympics, the stadium will have to complete a full J.League football season for Hokkaido Consadole Sapporo, so it was vital the Japanese Football Association were satisfied with a stitching test. A successful trial was carried out in November 2019 with the conclusion being to use two small machines, each weighing slightly less than four tonnes, rather than the usual single machine.

Everything that Alan has outlined so far remains theory. The implementation of his, and FIFA's, plans remain in flux and are likely to stay that way for some time. As events move forward, considerations for tournaments taking place in 2022/23 will come to the fore and may see what has so far been a successful way of operating adapted. For now, the priority is making sure that, when international football does return, it does so smoothly with no avoidable delays.