Since the last update from FIFA's senior pitch management manager, Alan Ferguson, world football has started to open up again with several tournaments being staged worldwide, and with all of them having to operate within the confines of the new normal. The recently delayed Euro 2020, which celebrated sixty years of the European Championships, was staged in nine countries across the continent, culminating in the final at Wembley. The Olympic Football Tournament, delayed from 2020, was set to be held in Tokyo, whilst South America (CONCACAF) held the Copa America in Brazil with the North Americans hosting the Gold Cup (CONMABOL). 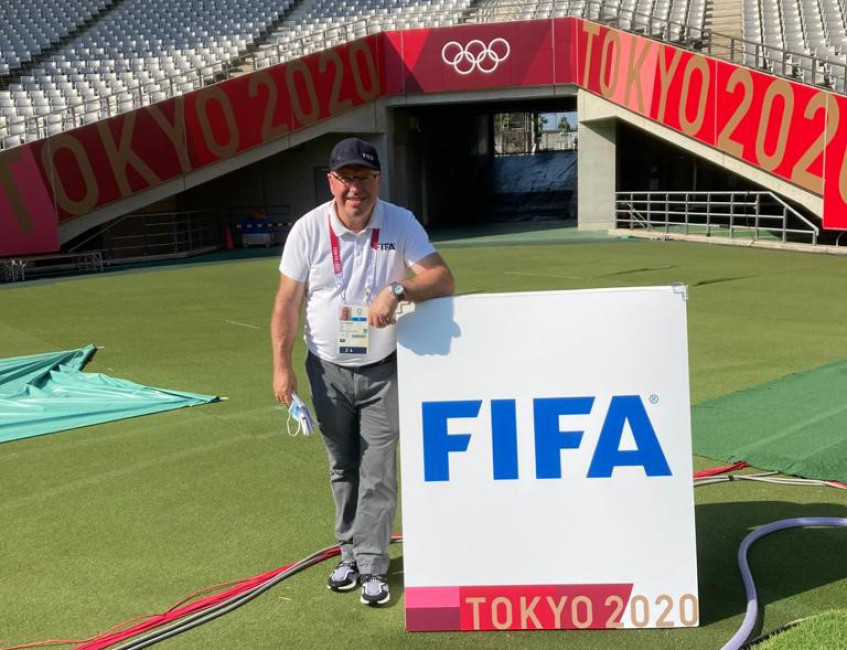 Alan Ferguson in Tokyo ahead of the Olympics

It's fair to say all of the tournaments staged have been impacted by the global covid-19 pandemic, with some being played with fans and others behind closed doors. One of the main concerns for all those involved in hosting tournament football has been dealing with the varying Covid-19 regulations from country to country, which is very much part of the new norm.

Valuable lessons were learned in 2020 from UEFA's staging of the Champions League and Europa League - one of the first international football competitions to be staged in lockdown. Players and officials were moved around in bubbles, which protected them and kept them away from potential infections. The Premier League also restarted at the same time and introduced a rigorous testing regime. For Alan, the lessons learnt during these initial events helped shape the staging of these major tournaments.

"All the lessons learned are being used in the tournaments being staged this year, and that has allowed football to take place around the world. The one big unknown is no one knows when things will get back to normal as the world will vaccinate at different rates, and that's something I've seen whilst travelling over the last four months."

"Those countries that have been able to vaccinate larger percentages of their population have started to allow fans back in, and that has been a great thing for the game because it has missed them, and stadiums have had a very different feel without the fans. I am a fan myself, and the game needs fans to bring the stadiums to life on match day. Players and managers will tell you without fans; the game is simply not the same."

Whilst the 2021 tournaments have been taking place, the planning for 2022 has gone into full swing. Since Qatar in February, Alan has visited Cameroon, inspecting stadia and training pitches to be used in the 2022 Africa Cup of Nations, been on a five-week inspection to Australia and New Zealand for the Women's World Cup in 2023 and supported the Federation in Benin to stage the CAF version of the Champions League. At the time of writing this article, he was three days away from going out to Japan to deliver the Olympic Football Tournament. 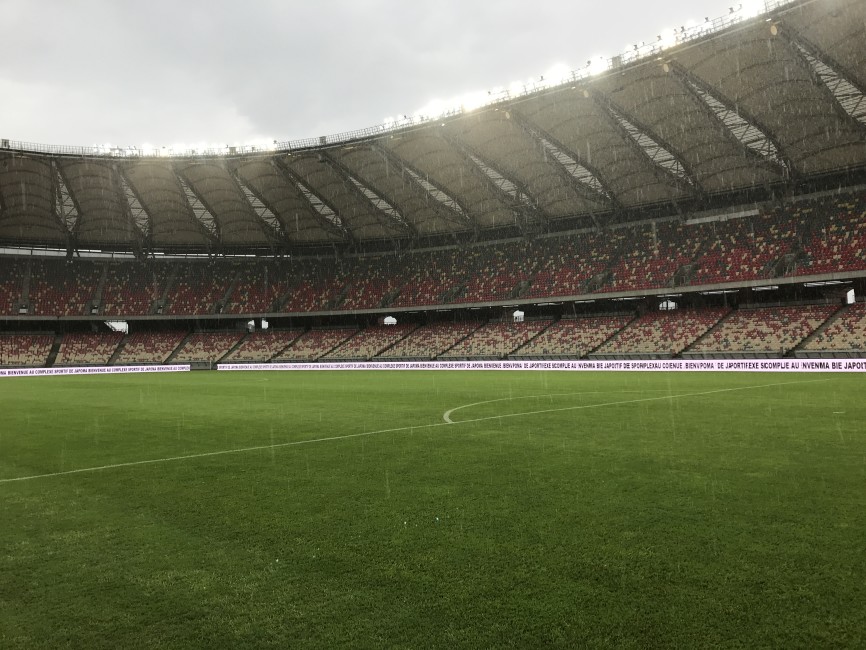 Cameroon's Douala Stadium in the rain!

One of FIFA's current projects is to support and build the game in the African region. The Confederation of African Football (CAF) has fifty-four full member associations and two associate associations, making it the biggest of the six confederations that make up FIFA. In May this year, Alan was part of a FIFA delegation which visited Cameroon to assess the tournament's proposed stadium pitches and training sites.

"Before any inspection can get underway in the new normal, all the covid-19 protocols have to be met for the country or countries that will be crossed or visited on the trip," Alan explains. "For the Cameroon inspection, that meant taking the pre-flight PCR test 72 hours before departing from London, taking into account the change of flights in Paris. The PCR test has to be valid on arrival at your final destination, which requires careful calculation to account for the time difference."

"I'm fortunate to work for a very specialised global organisation that has a dedicated team of travel specialists on hand 24/7 to offer advice and, if the re-start of travel has been challenging for the various functional area teams doing the visits, it's nothing compared to what the travel team have to contend with."

Once in Cameroon, Alan began the job of evaluating the stadia and training sites proposed for the tournament. The visits to the host cities of Yaounde, Douala, Garoua, Baffoussam and Limbe is the first step in building the pitch project. Alan has previous experience of Africa, having been part of the SIS team that delivered the pitches in Angola for the same competition in 2010.

"When you see the challenges that fellow groundsmen have to contend with in trying to do the same jobs we take for granted in the UK, you realise how lucky we are," Alan explains. 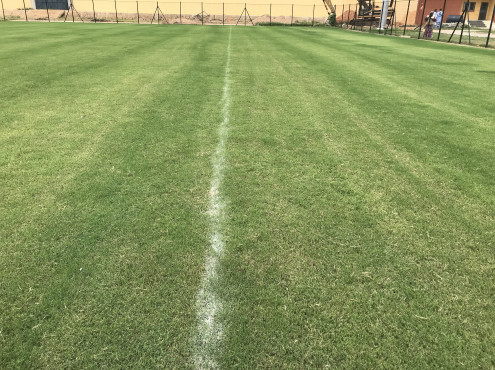 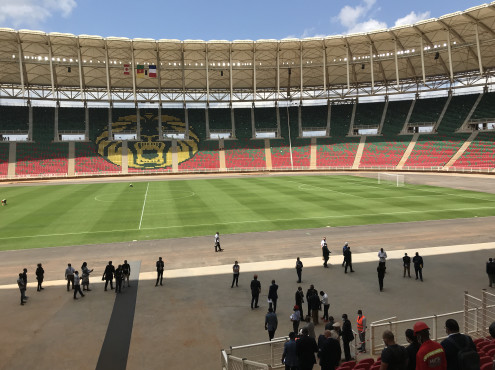 "Even the simplest of tasks such as linemarking can be quite testing. One of the biggest challenges is getting the right quality of paint and equipment to apply it. So, where needed, we send out FIFA linemarking kits, some of which will be going to Cameroon with wheel to wheel markers. We've also supplied a Dennis G860 through FIFA Forward and provided training and education to the team that will be beneficial to them for the tournament and, hopefully, they can pass those skills and knowledge on to others."

"The support being given to the 2022 African Cup of Nations will be a more complicated affair. Whilst CAF has run tournaments before, there is a desire for them to improve the quality of infrastructure used to host the tournaments, which for us are the pitches. One of my five key objectives set when joining FIFA back in September 2018 was to try and literally begin to get all the tournaments across the six confederations on to a level playing field in pitch quality and provision. This on its own is a considerable task and, along with several of the FIFA functional areas who would regularly work together to deliver the tournaments across the world, there is now a chance of achieving this."

"The significant advantage of a collaboration like this is that CAF can access the latest tools and technologies that are being used in tournament planning and delivery. Having had the chance to conduct inspections of all the pitches proposed for the tournament, we can now begin putting the actual pitch plan together."

"The week spent in Cameroon was a busy one, offering the chance to speak with anyone who is involved in the turf industry. As you can imagine, it's not a big industry like here in the UK, and the leading players are either from the UK, mainland Europe or the USA."

"In this case, it helps to know the main players in the region because it will help to deliver a quick response as time is short. A typical tournament build-up takes anywhere from eighteen months to two years, with some of the main Tier 1 World Cups taking up to five years to plan." 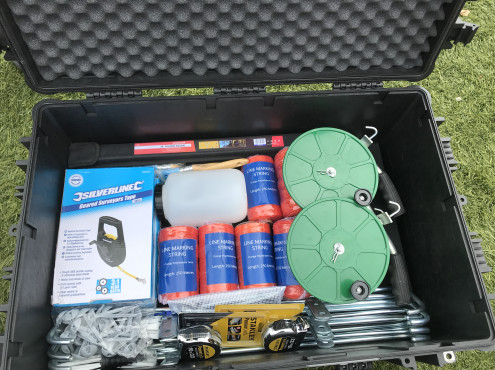 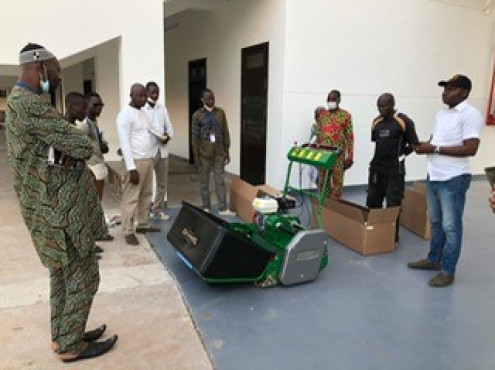 FIFA linemarking kit / The arrival of a Dennis G860!

"We basically have six months to work with, at the end of which we have to have the pitches in a safe, playable and presentable condition. I relish it as a challenge, and it's great to support the Confederations or any member association in this way, and I have told many people it feels like a 40-years plus apprenticeship to take something like this on. I very much see FIFA as the link in a puzzle bringing all the bits together. Once all the pieces are in place, you see the full picture. That picture for us will be the pitches ready to go for the African Cup."

Work on the planning phase is well underway, with Alan already reaching out to those who can support. Like any tournament, there is a budget, and the starting point is to get to a worst case scenario then work back to a position that is acceptable to all parties involved. Alan already knows the worst case scenario and is working with companies based in Cameroon and international partners to get to that ideal place. He expects it to take a couple of months, with dispensation being given for the rainy season.

Following on from the inspection to Cameroon, Alan was part of a delegation of key functional areas that finally managed to visit the selected stadia and training sites for the 2023 Women's World Cup being co-hosted in New Zealand and Australia.

Initially, almost all of the inspections were carried out virtually, with only a few venues visited by the senior delegation, making it a very different process.

"Looking back on the last ten to twelve months, it was amazing the amount of work we were able to do virtually. It allowed the stadia selection to be made without a full inspection, something which has never been done before. I have to give credit to all involved for the honesty and detail that went into the various online meetings allowing a decision to be made. Happily, now we have been able to make the inspection." 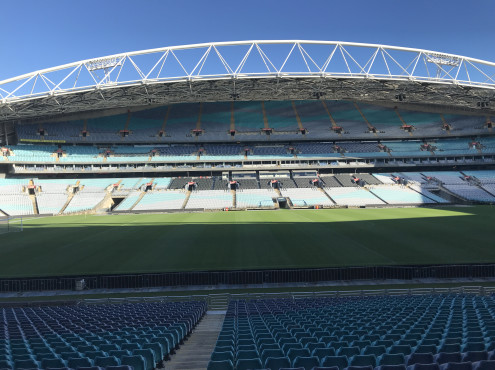 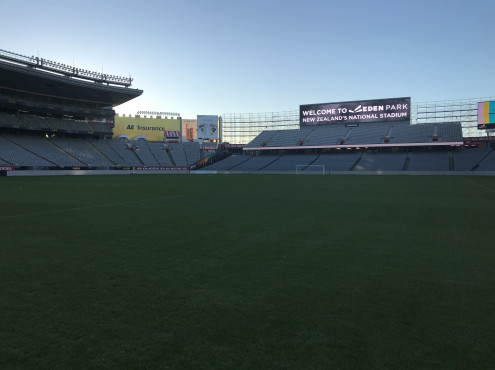 "The team flew to Auckland, New Zealand, having been given special permission from the government to make the visit providing all the covid-19 requirements were met. This meant spending two weeks in managed quarantine at Auckland airport, which is mandatory for now in New Zealand. The team were in two hotels at the airport, and the online banter was brilliant in keeping everyone going. The WhatsApp group was the daily lifeline and the means of effective communication as we were not allowed to exercise together. We took the opportunity to start meeting online with the host cities and host venues, preparing the way for the inspection once the team were released."

"Australia and New Zealand will be a fantastic co-hosting for the tournament and probably one of the best selections for the Women's game at this stage of its global development."

The 2023 tournament will be played in ten stadia in nine cities and has quite a bit to live up to after the success of France 2019, but Alan is confident that the 2023 finals will surpass the previous edition, despite the success in France.

Similarly to Cameroon, the inspection to Australia and New Zealand was used as a fact-finding trip. The maintenance model in both countries is very much to engage a contractor, with this being more evident in Australia and especially on the training sites. The industry is well established and represented with plenty of equipment suppliers and pitch contractors, which makes Alan confident of successful delivery.

Alan explains: "One big plus is the presence of the New Zealand Sports Turf Institute, part of the Labo Sport group, as the tournament consultant. This already puts us in a strong place by having a presence in each of the nine cities, which helps us catch up on lost time. Keith McAuliffe from the NZSTI accompanied me for the majority of the tour before some covid-19 changes in Australia forced a change to the schedule. For me, it was not an issue as Keith and the team can pick up venues that I was not able to see first-hand, and these include some of the team basecamp sites in both countries."

After fourteen days at home in Suffolk, Alan will head to Japan for the delayed Olympic Football Tournament, before the year finishes with the FIFA Arab Cup in Doha, which will be the test event for the 2022 World Cup. It is a big end to the year for the FIFA pitch team as it offers the only chance of a full test in the newly built stadia, but it is a challenge Alan is looking forward to working on with the Aspire Sports Turf Team. 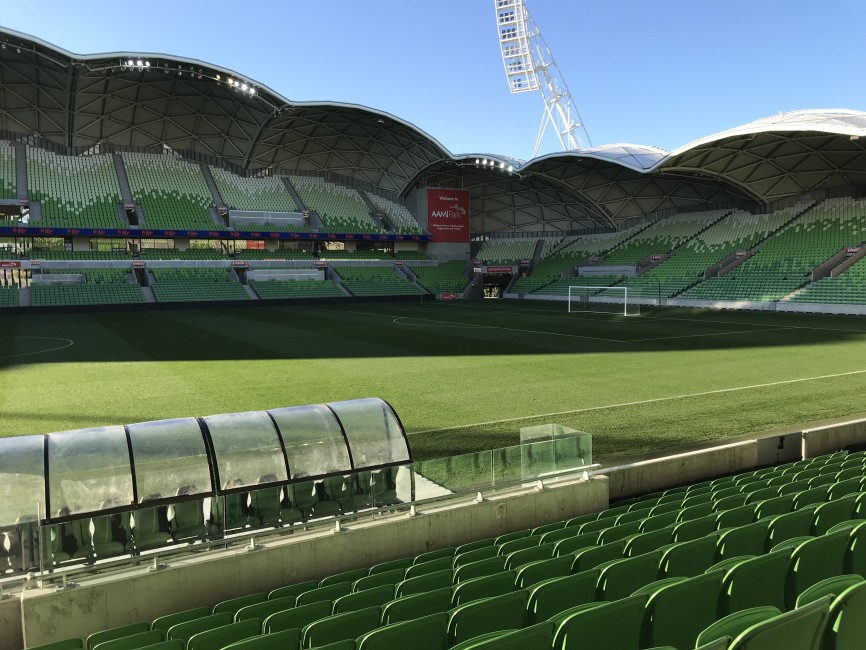