by External source
in General Interest, Pests & Diseases, and Chemicals & Fertilisers
on 02 Nov 2019

We're reaching that time of year when we start hoping for some decent frosts. A sustained period of cold weather will really help slow the progress of any Microdochium and it generally signals a period of drier weather too.

Now assuming you've come through this Autumn with clean surfaces so far then cold weather is exactly what you need. Less grass growth and drier surfaces to collect leaves will be on most people's wish lists right now.

So how are we looking compared to last season? Generally, slightly colder and much wetter. This is reflected in the historic disease model on Greencast where we can see less peaks in disease pressure and more low but sustained pressure.

In reality the regular rainfall we've had I think has probably kept disease pressure lower than the models have shown.

Anecdotally I see less disease during periods of sustained rainfall than I do when the leaf sits wet from dew. The greencast model will struggle to pick up periods of dew though and relies on rainfall data to indicate moisture on the leaf. 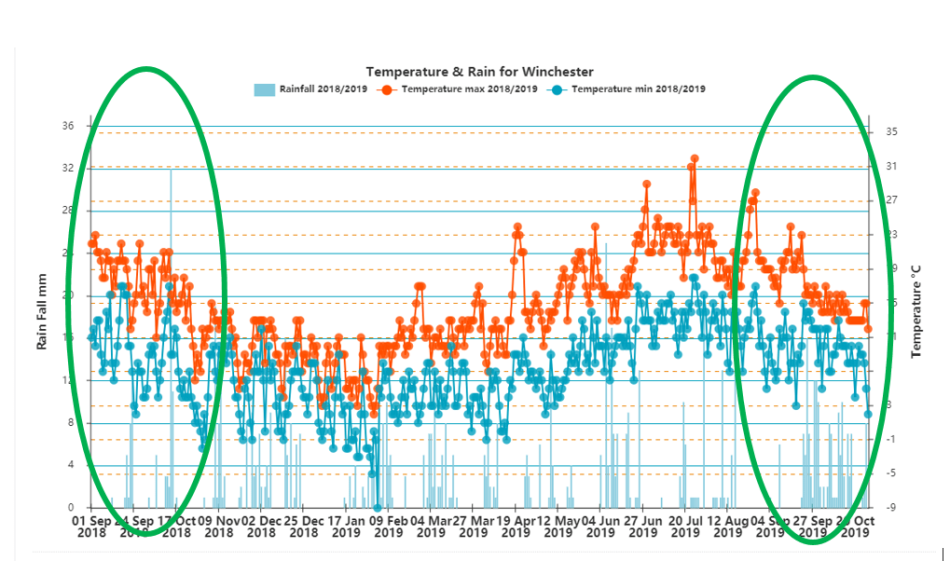 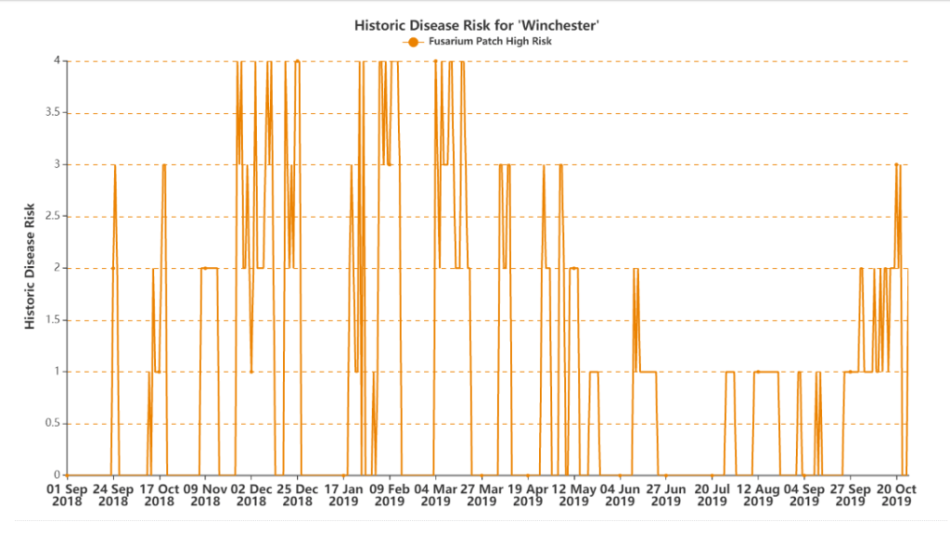 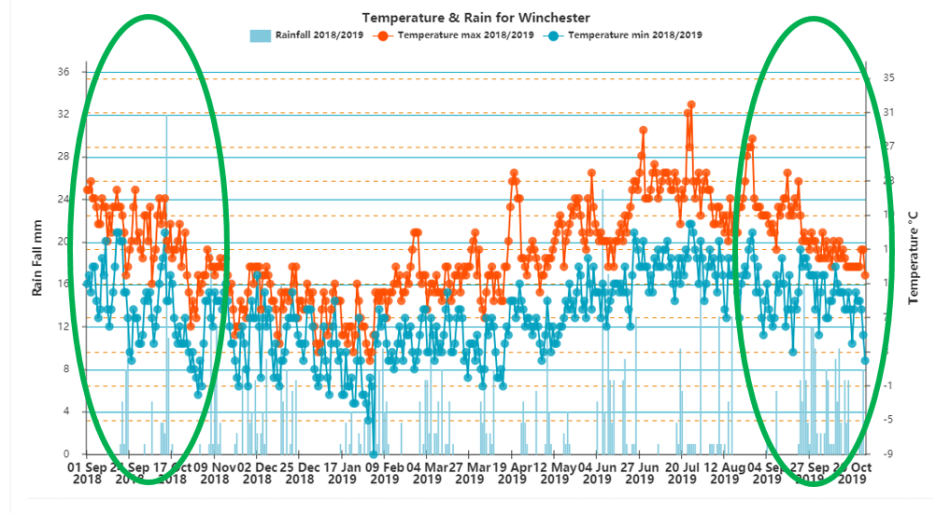 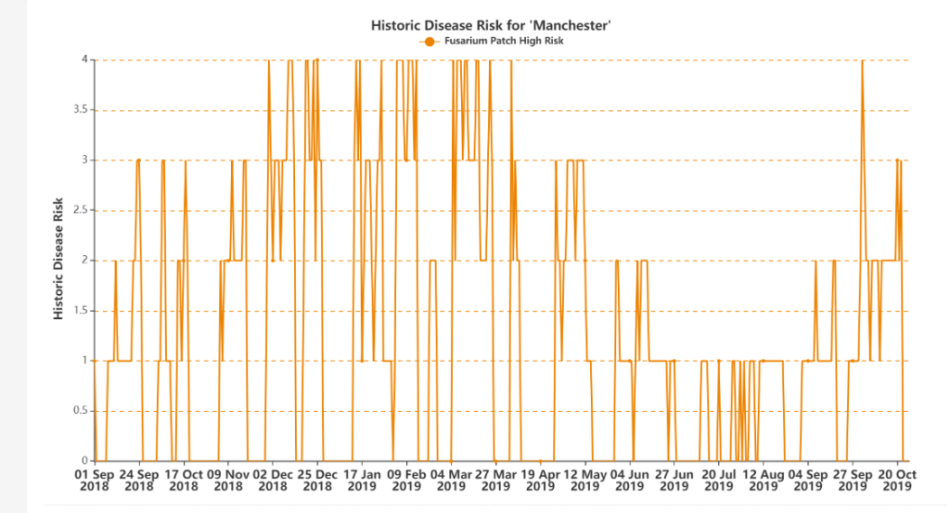 Generally, these models have been pretty representative this year, whilst Microdochium pressure has been present most places have disease under control using cultural, plant health and the fungicides they have available to them.

But please don't sit back and relax yet, whilst people talk about October being a high pressure period November and December regularly show higher levels of pressure than September and October do. Last year the worst period of pressure was the Christmas break - keep things clean until after Christmas and then you can relax a little but until then stay focused on keeping disease pressure low.

You can get the Greencast Turf App here