A £10m project to create one of East Anglia's premier golf destinations has teed off, with bosses hopeful it will set the new benchmark for the sport in the region. 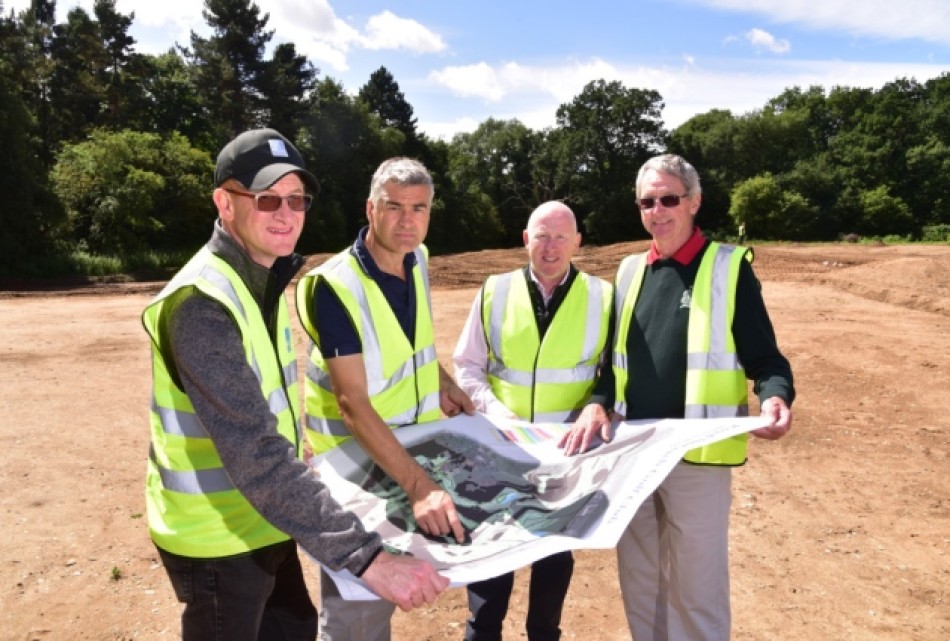 A first look at the work being carried out at the former Weston Park Golf Club which will be home to Royal Norwich Golf Club. Ross McMurray (course architect), Peter Todd, Phil Grice and Brew Craig on the 6th green Picture: Nick Butcher

The diggers are on the ground at the start of two years of work to deliver a new home in Weston Longville for the Royal Norwich Golf Club as it makes its long-awaited move from Hellesdon, its base for nearly 125 years.

And these pictures are the first glimpse of the work which is going on at the former Weston Park club as it is transformed into a course which its new owners hope will one day be able to attract national tournaments and ultimately European events to Norfolk.

Believed to be the first time a Royal golf club has moved, the new complex will include an extended clubhouse with 200-seat restaurant and conference venue and revamped practice area, in addition to the 18-hole championship course and shorter six-hole academy course.

The work is being funded by the £17m which the club received for its land in Hellesdon from the housebuilder Persimmon, which plans to build 1,000 homes there. 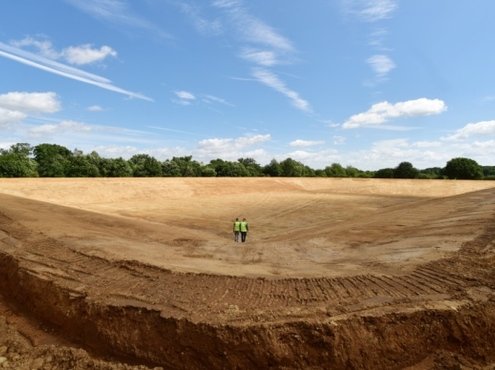 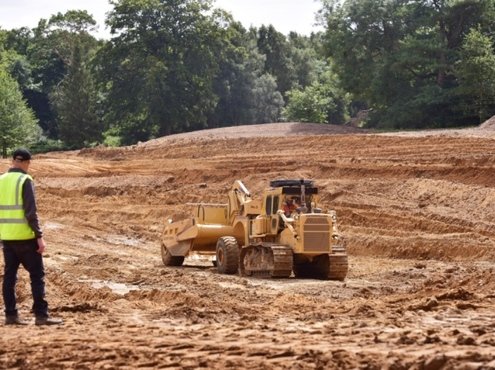 General manager Phil Grice said: "The aim is that this is the benchmark in East Anglia, we make no bones about it. That's why we are working so hard: we want to deliver something incredibly special.

"The tree corridors and draining that we have got allow us to create something that will have a very modern foundation, but on a piece of land that makes you think it's been here for 200 years."

With the course set to open by summer 2019, Mr Grice said discussions were already in progress about bringing national-level amateur tournaments to the county.

"That has to be our aim: to attract some of the bigger amateur tournaments into Norfolk, and we are working very hard on that," he said. "They plan three or four years in advance, and we have the support of our county union. That puts them in the position to knock on the door for consideration."

The club's 550-plus members voted to form a limited company to mastermind the move, rather than managing it themselves by committee. Weston Park's staff and members have been moved over to Hellesdon, and will transfer back when construction is complete.

The unusual nature of the project - a new course being designed in mature grounds - has allowed the club to attract well-known names in the golf industry.

The new course has been designed by Ross McMurray of European Golf Design, who designed the course at Celtic Manor in Wales which was used in the 2010 Ryder Cup, while estates director Peter Todd began work on the course in July, following roles at Gleneagles and The London Club, where he hosted the Volvo World Matchplay Championships and seven European Tour events. 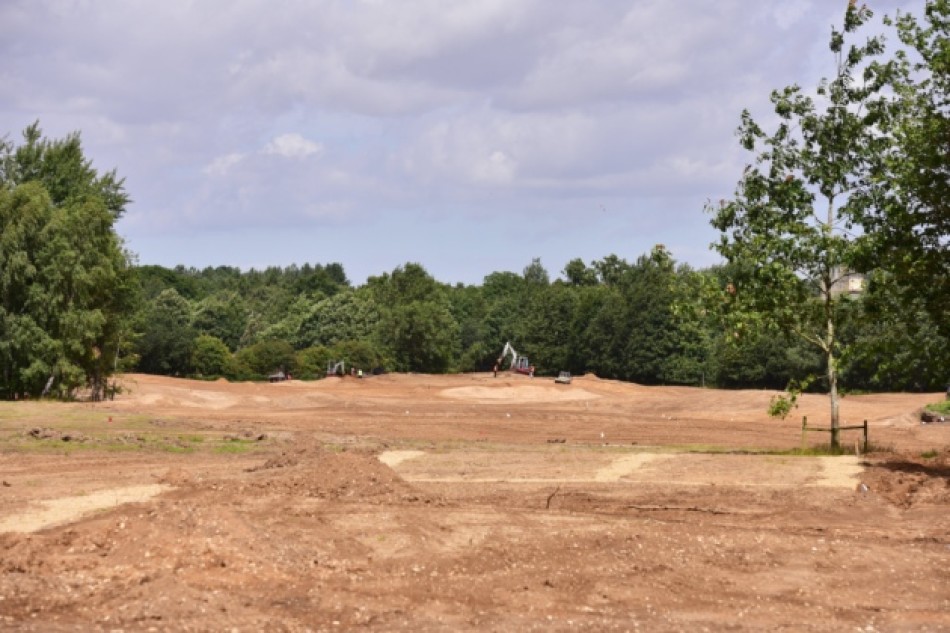 View of the 5th hole.

Course construction work began eight weeks ago, with thousands of tonnes of earth to be moved to create the newly-landscaped course, which will include a 45,000 cubic meter reservoir from which the course will be irrigated.

After working with the council's tree officer, some 70 trees have been earmarked to be taken out - more than half of which were rotten and dangerous. Seeding of the fairways on at least nine greens and four fairways will be done in September, with the remainder completed next year, giving the course the year it needs to bed in before golfers tee off in 2019.

Mr Todd he was attracted to Norfolk from London by the opportunity to mould a new course from the mature parkland.

"You have the bones and structure of the landscape, and we are weaving the golf course into the landscape sympathetically," he said.

"It will be a new course with a maturity that would take hundreds of years to achieve otherwise. But we have the scope to use data collection and soil-sensor technology to create a modern course which is environmentally conscious and in optimal condition."

Membership will be designed on a sliding scale, said Mr Grice, so that casual and family golfers could get the same value as full members.

The course has been designed with six tee boxes on each hole, so that golfers can choose their challenge from a 5,000-yard, three-hour round, all the way through to a 7,500-yard championship course. 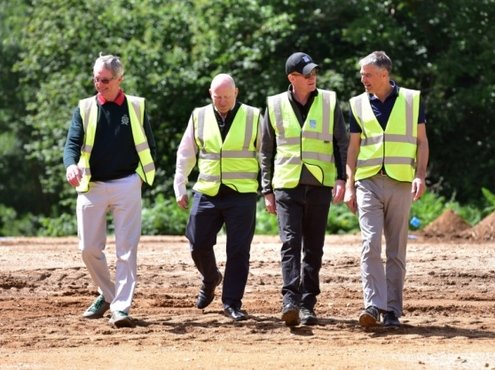 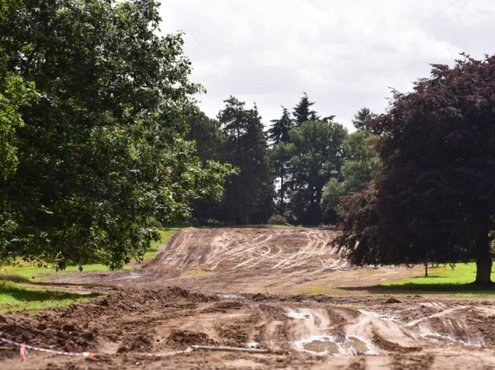 A shorter six-hole course will also be built, intended to offer a way into the game for younger golfers, or a quicker game for those without the time to spend on a full round.

The public face of the new Royal Norwich Golf Club will be the clubhouse, which will be extended and refurbished by summer 2019.

It will include a 200-seat restaurant facing the course, with moveable inner walls so that it can be laid out for conferences and other functions, a bigger pro shop, and golf simulators allowing players to test themselves on the world's toughest courses.

And as it looks to attract visiting golfers the club has not ruled out building accommodation in the future.

General manager Phil Grice said: "Accommodation is something we've been asked to consider by our members.

"The priorities are getting the golf course right but, in time, if members decide that's what they want, that would be up to them."

Visit Norfolk has been working with Golf Tourism England recently to encourage more golfing visitors to the county, both from the UK and abroad, tempted by the weaker pound.

Royal Norwich Golf Club was formed on November 8, 1893, gaining its Royal status when the then Duke of York - later to become King George V - agreed to become patron.

Originally a nine-hole course of 2,920 yards, it was built on land bought from the Gurney Trustees for £1,800, with operating costs covered by the membership entrance fee and annual subscription of one guinea. 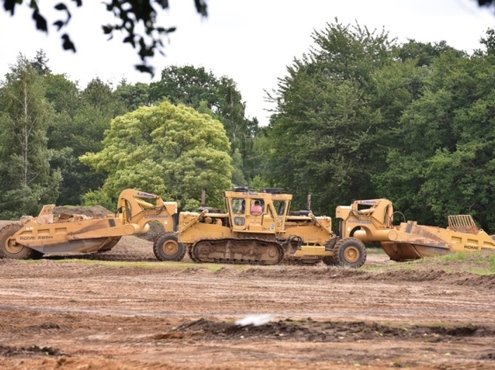 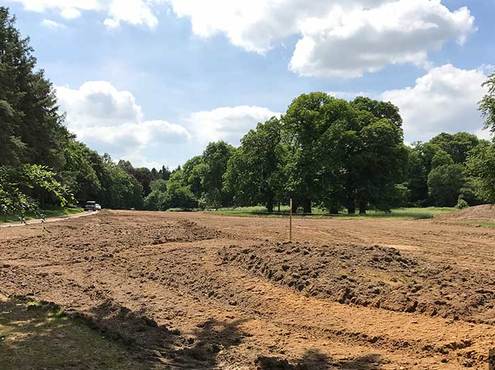 The course was opened on St Andrew's Day, 30 November 1893, but was extended to 18 holes by the following spring. By that time, it had more than 300 members, and grew steadily until the outbreak of the First World War.

When it was founded, it was intended to be somewhere for members to enjoy the countryside, away from the city - a status its move to Weston Longville should restore.