A gardener is thought to have become the first person in Britain to be charged with using a mobile whilst operating a ride-on mower after being stopped outside a police station. 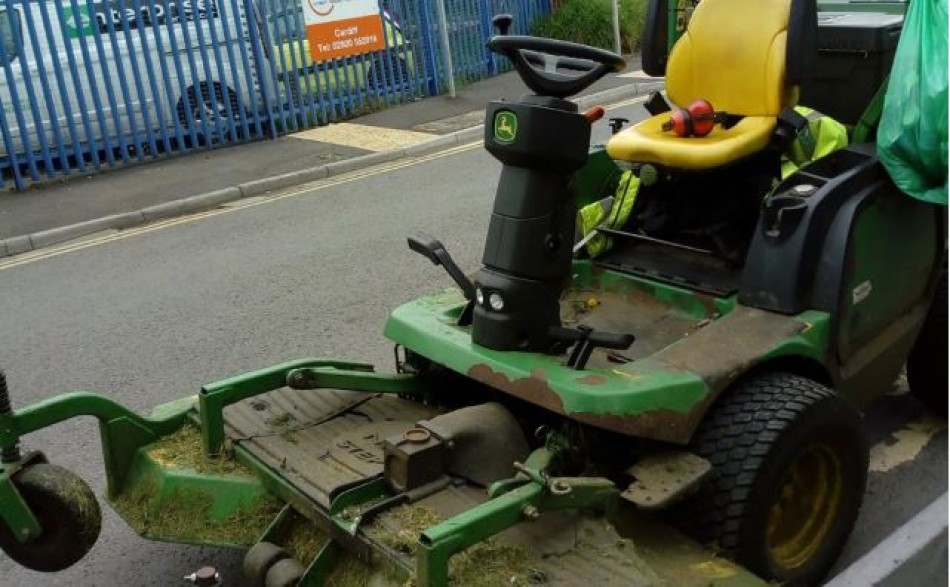 The 47-year-old council gardener faces a fine of £200 and six penalty points if he is found guilty of using his phone at the traffic lights outside of police station in Ely, Cardiff on Tuesday.

The man was followed by South Wales Police officers who spotted him allegedly using his mobile while driving along Cowbridge Road West.

Cardiff Council confirmed that he was a member of council staff and that he could face disciplinary action at a later date. It added: "The council will be following up this matter in line with council policy and procedure."

Accused of illegally using a phone at the wheel on a public road, the gardener is to appear at a magistrates court later this month.

It has been illegal for a motorist to use a mobile phone while driving since 2003. This includes handling the device, sending a text or following a map, even when the car is waiting at a set of traffic lights, as the engine is still running.

In 2017, stricter phone driving laws came into force in a bid to deter people from breaking the rules. Heftier fines and penalty point endorsements were introduced, meaning that new drivers could face an immediate driving ban.

Motorists who are caught are liable to pay a fine of £200 or have six penalty points placed on their licence. Around 1,200 drivers have been disqualified since the introduction of these stricter penalties.

Neil Smith, Imperial Cars' operations director said: "Breaking the habit of touching your phone whilst in the driver's seat can be challenging, especially with the technological advancements that come as standard on most mobile phones, but the risks you impose on both yourself and others when distracted behind the wheel are really not worth it. Unfortunately, the number of drivers still opting to ignore the law is scarily high."