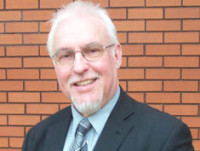 Just back from his third visit to Denmark where he garnered great reviews for his negotiating skills seminar for greenkeepers called 'Getting Better Deals at Work', Trainer and Conference Speaker FRANK NEWBERRY considers floppy feedback at work and how 'a little project' can make all the difference to appraisals.

Like me you may have had some floppy feedback in your time at work. I was once unfortunate enough to have no less than seven bosses during a period of eight years. Each of them, in turn, gave me feedback on my work and, at the end of it, I had seven quite different and often quite inadequate appraisals of my performance. Some of it, from a boss I really admired, was even factually incorrect. To his credit he acknowledged it was someone else's opinion that he had based his assessment on. When this happens I have to keep telling myself that "people are in higher management because they have energy and drive and not always because they are good at managing people".

One piece of floppy feedback you may have heard is "You will probably make a good manager because you are lazy". The floppy bit here is the assumption that you will try and delegate everything that you can because you are too lazy to do the work yourself. Another bit of floppy feedback to new supervisors that I have heard in both grounds and greenkeeping is "you are too close to your team and you should not be friends with them". It is suggested that it is better to stay at 'arms length' if you want to get the best performance from them.

In my case I politely noted my boss's remarks and wondered to myself why it was necessary to give me feedback on something that was not causing any problems. A couple of years later when I left the job to go freelance the same boss told me that he was wrong to have said what he did and that I had run my team the best way for the type of work we were doing! Once again I reminded myself that people are in higher management because they have energy and drive!

Perhaps someone has told you that "You're too nice to be a good manager" implying that you would not be able to discipline people for poor performance or that you would avoid making hard decisions about staff. In my case this opinion changed when I had to reprimand this particular boss on one occasion for betraying confidences. On the day of the showdown I felt it appropriate to make my point quite clearly so I went on (and on) about it for over 20 minutes. I never heard another word about being too nice!


I remember greeting boss number eight with the words "I have had seven bosses in eight years and I have no confidence whatsoever in the feedback process". I then added: "I like you personally boss and I would not want that to change".

Now, given my perceived competence at the time and the high level of my self-motivation, we quickly agreed that my boss would only give me feedback when I requested it. This meant that it would be sensible for me to write the first draft of my performance appraisal every year as well.

We are judged by the performance of our people

I say "sensible" because my boss was being judged by my performance at work, as are all of us who have people working for us. We may moan privately about the quality of our staff, we may be disappointed by their performance but we cannot get away from the fact that we are judged by the performance of our people. If they do well it reflects well on us, if they do badly we are seen as doing badly as well. So it was in my boss's interest to keep me happy so that I continued to do a good job of work. My good work helped my boss maintain a good reputation as a manager.


On a recent Pitchcare Management Masterclass for Groundsmens and Greenkeepers we discussed the poor attitude and work performance of some of the staff. Some felt that, as managers, there was nothing they could do about it and, as they did not hire the people in the first place, it was not their fault that these people were underperforming. Yes, well it might be nice to indulge ourselves with that thought but in reality we are still held accountable because we are usually seen as the person closest to the problem.

My manager friends also felt that appraisals did not help their situation because the work their team members were doing was exactly the same year in and year out and the appraisals seemed to assume that each job had a lot more challenge or variety or change than actually existed. A fair question would be "how do you make an appraisal meaningful for someone who has been competently doing the same job for many years?"


Answer? If we know that they can do the job then we need something else, something different for them to do that tests them on other things. It would be great if it could also be a benefit to the organisation or perhaps even the profession.

We need to get a better performance from everyone because we are judged on their performance.

At the Management Masterclass we quickly fastened onto the notion of work projects that would test staff on things other than their routine duties. This is particularly important because there are often times when we need people to be able to do new tasks, or old tasks might need to be done in a different way. Whilst we wait for social, economic or technological advances to bring about such changes we can use projects as a way of keeping the staff on their toes.
This encourages preparedness for change when it does come and can also bring the appraisal process back to life for people who have been doing the same job competently year after year. In order for this to happen it is vital that the appraisal process offers projects to everyone and not just new people, people performing poorly or people with potential. We need to get a better performance from everyone because we are judged on their performance.

It had to be relevant to the work we were doing, developmental for me and of value to the organisation

Competent people can be given what my old boss called a 'personal breakthrough' project. I will always remember the day that my boss told me he wanted me to have ten work objectives for the coming year. I said I would get right back to him about it but he stopped me in my tracks and said that he would be giving me nine of them in the same way that his boss had given him nine business objectives for the year ahead. I enquired about the tenth objective and he explained that I could pick that one myself and there were just three constraints if he was going to sign it off. These were that it had to be relevant to the work we were doing, developmental for me and of value to the organisation.

At the time I chose to develop a performance measuring device, someone else took on some of the boss's responsibilities for a year and yet another wanted to work more closely with the head of the organisation.

Interestingly, at the end of the year when I reviewed my own performance against all ten of my objectives, it was clear which one had got my best attention, which one was completed first, and which one gave me most satisfaction at my appraisal interview. It was my personal breakthrough objective; which was, of course, a project i.e. it was not part of my usual work routine.

Now, in conclusion, you may already be a self starter, you may even be ambitious. In which case you will not need much encouragement from me to go to your boss and discuss this and other ways of enhancing the appraisals procedure in your organisation. You might even want to introduce a project for your own self development. However, you may need to remember a few things.

First, you will need to avoid floppy feedback by keeping all the feedback that you give both relevant and specific. Second, whatever performance you get from people (if you are a manager) you will also be judged by that performance and, third, not everyone is as positive as you might be. You may find that others will need some leadership from you. Finally, if you are going to try it out, everyone will need to understand that their project performance will be part of their annual appraisal next time.

If you have any questions about using projects as part of performance appraisal you can contact Frank direct by e-mail at frank@pitchcare.com or via his personal website www.franknewberry.com