One hundred and sixty-two years after the first Open at Prestwick, St Andrews hosted the historic 150th edition of golf's most famous championship. 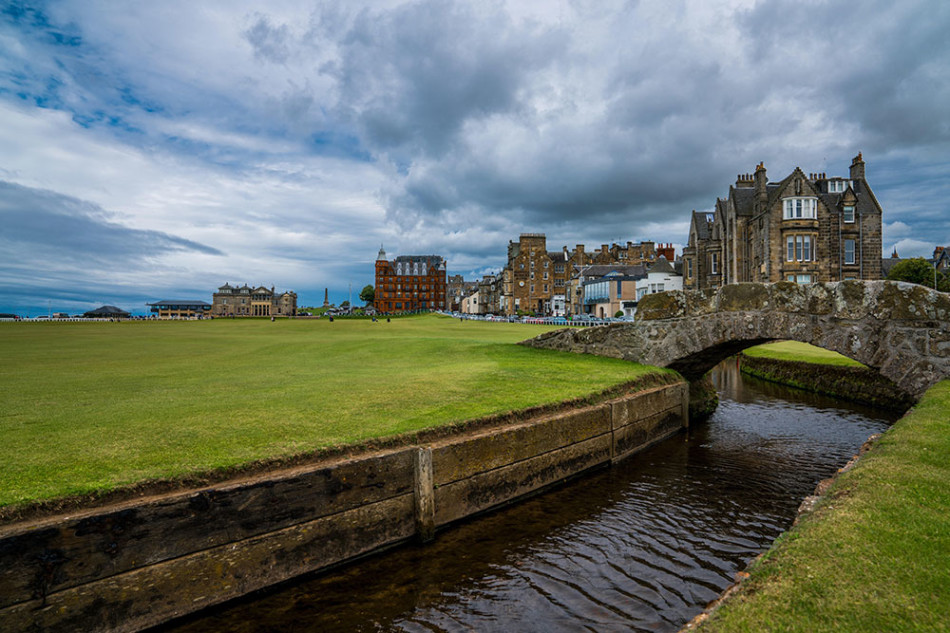 In early July 2022, the anticipated record-breaking crowds lined the Old Course to witness golf's best players compete for the Claret Jug. Every blade of grass from the pristine greens, immaculate fairways and challenging roughs which have been cut with blades sharpened by a Foley grinder, and that is how Director of Greenkeeping Sandy Reid wanted it.

Sandy is no stranger to hosting an Open, with three under his belt during his time at Carnoustie. But, this historic milestone in the championship's history may have been the best yet for the Open veteran.

"It's the highlight of your career because it doesn't get any bigger than hosting The Open, and you try to absorb all of that and cherish it," Sandy explains. "It's the 150th Open, so it's a big celebration. There are big crowds, and that means the infrastructure requirements are bigger, and there is a more significant impact on the rest of the estate."

"We never stop planning for it, but from 18 months out, that's when you're doing more winter preparations. The infrastructure build starts at the beginning of April, so away from the playing surface, there is a lot of attention required."

"As for the turf, you work back from the day The Open starts and build up to it, so at this point in June, we're fine-tuning things."

Preparation is everything at the home of golf, and for three years, the 653 Accu-Master Reel Grinder and 673 Automatic Bedknife Grinder have aided preparation. Recently joined by the 622 Accu-Spin Reel grinder, these machines' ease of use and quality output have impressed Sandy and his team of five technicians.

Presentation and playing consistency take centre stage during The Open, and with the three Foley's in place, the Old Course team have achieved that in the build-up to the main event.

"We really couldn't ask for a better combination of grinders to keep our cutting units sharp for this year's Open and beyond," Sandy begins."

"It's critical that all of our mowers are as sharp as they can be. What we're able to get from the Foley's is extreme accuracy and the ease of use for the technicians. The speed at which they can grind means we're saving on person-hours and are never without machines for long, so it makes life a lot easier."

"The quality of the grind gives us longevity in terms of performance from the mowers, and because they are staying on cut for so long, we can be more productive."

At St Andrews, four greenkeeping teams maintain seven courses. Each team has its own machinery fleet but relies on a central workshop. In the build-up to The Open, it was business as usual on the other courses, making the efficiency and reliability of the Foley grinders paramount.