by Jake Barrow
in Schools & Colleges, Multi-sports venues, and Cricket
on 22 Oct 2018

Abingdon School and its campus are an integral part of the Oxfordshire town. Jake Barrow caught up with Head Groundsman Richard Hagar to discuss the logistics of his job. 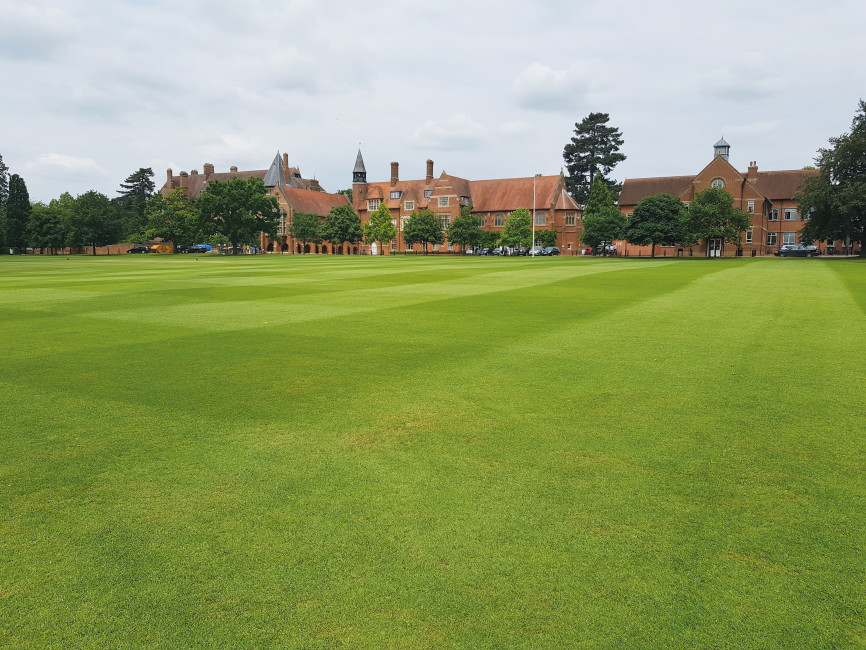 The grounds of Abingdon School are sprawling. Richard Hagar manages three main school locations, including a preparatory school acquired in 1998.

Sadly, Richard took over as head, partway through his two year stay at the school, after the passing of his predecessor in the role, Paul Robson.

After his death, the school honoured his memory by naming the main cricket practice area after him, 'Robson Wickets', which features several new artificial wickets, complete with bowling machines. 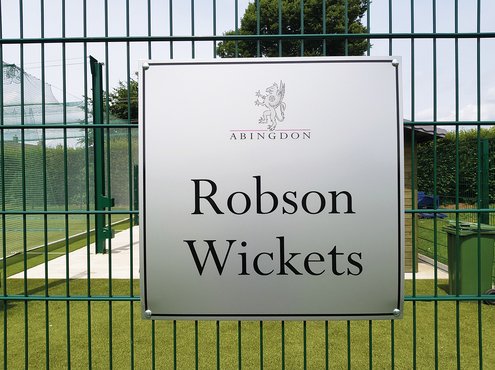 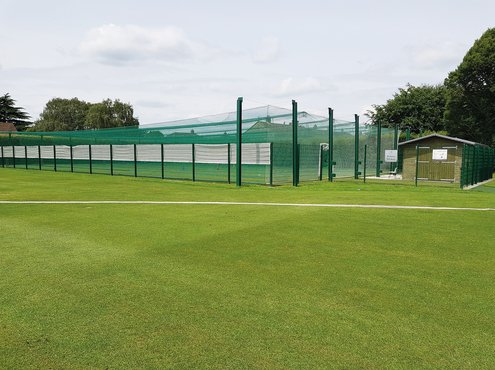 The school is over 750 years old and the buildings and playing fields have grown significantly over time.

Abingdon was a grammar school and then a direct grant school before becoming independent when the Direct Grant system was abolished.

Since then, its available buildings have grown hugely, with a £3 million arts centre, a £9 million sports centre and a science centre in 2015.

They are also in the execution stage of creating 'Beech Court' which will house a new Sixth Form Centre, library and the Art department and could open within weeks of this article's publication.

A significant proportion of the townspeople are involved with the schools three sites - the school campus, Tilsley Park and the Prep School. Many of its employees living in long-established onsite housing.

It boasts alumni such as comedian David Mitchell, Hollywood actor Toby Jones and Francis Maude MP, past Chairman of the Conservative Party. 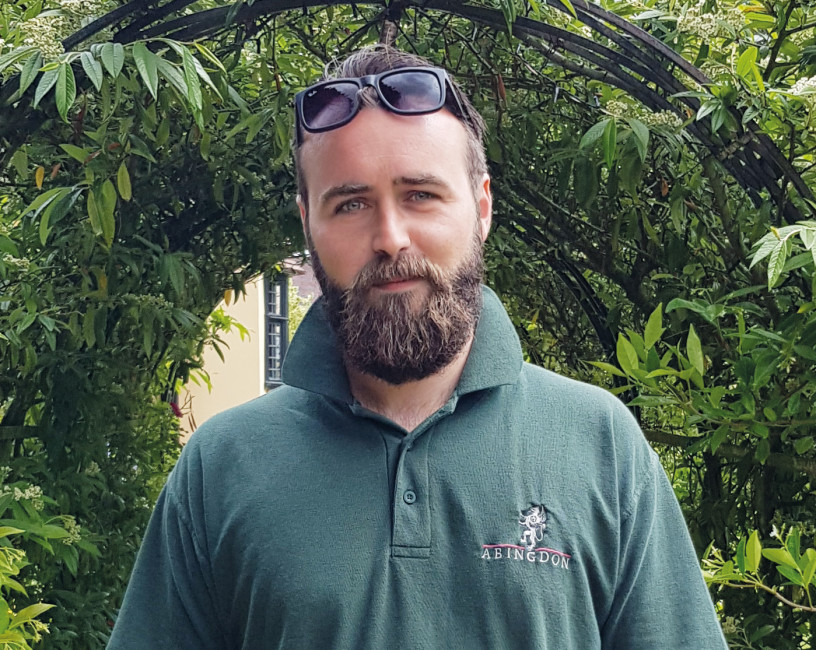 The school's derby fixtures are considered to be those played against nearby Radley College, although they're just two of the unusually high number of independent schools in the area.

Like all schools of its type, the sports curriculum is extensive with thirty-five sports, including rugby, rowing, hockey, football, cricket, swimming and athletics. These are all played across 104 acres, spread between the sites.

Two of these sites, the preparatory school and the additional cricket fields, are separated by an A-road, and Richard describes the view from the bridge that connects them - which overlooks not only several cricket fields, but also the hills to the southwest of Oxford - as "the best in Oxfordshire".

These pitches have recently held a first-ever minor counties cricket match and, whilst this has only been billed as a one-off arrangement, Richard is hopeful that this relationship with Oxfordshire CCC could potentially continue indefinitely.

Richard had worked for a pitch building company, and spent his days travelling sometimes extreme distances across the UK - as far afield as Orkney and Penzance. 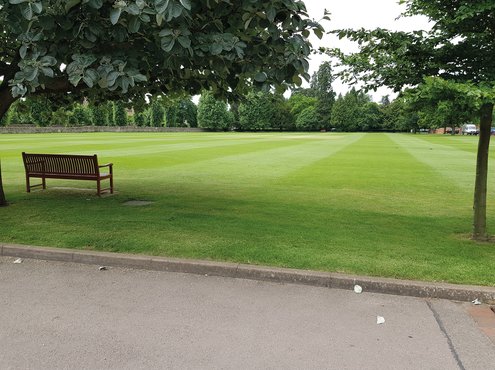 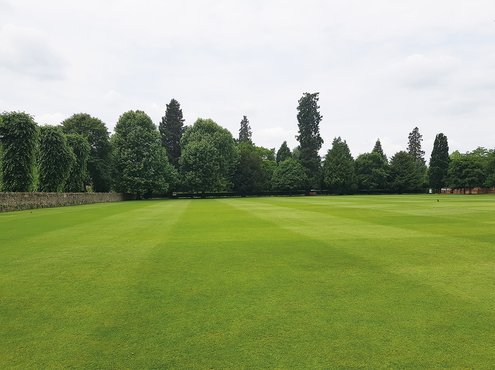 "It's such a small industry, pitch building, that you know everyone and who they work for."

His first job after leaving school was manning a go-kart track. This, it's fair to say, was a job without too many prospects, so he was understandably thrilled when the construction company took him on.

"It's great working here, as well. I briefly worked installing a pitch at a prison one time, with all its security procedures and all the prisoners watching you from the windows. Working somewhere nice is a bit of a blessing."

He said that, although this was interesting work, it's now a welcome change to be able to take a longer-term pride in his work, simply by staying around after completion to see its development.

This company was also Oxford-based, and Richard is from the outskirts of thecity originally. He attended a more modestly decorated state school growing up and enjoys the surroundings of his current workplace. 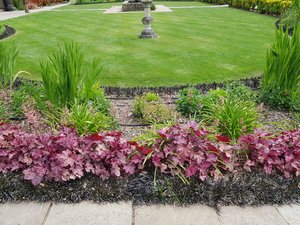 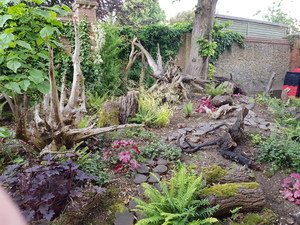 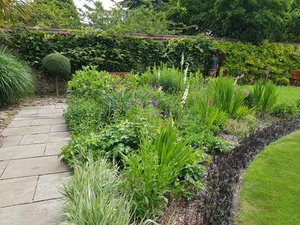 These include some fantastic gardens interspersed with the disparate lodgings, all maintained by a dedicated gardening team led by long-serving senior gardener Dawn.

Shortly into the trip, Richard took me to a remote building by a B-road, which had a small pitch lying beside it: "Coming from a pitch building background, I always like to have a project."

"The school is starting to play more croquet. They are into competitive matches, and last year's project was a renovation of this croquet lawn."

"You'll see Dawn took a lot on here as well. She went for some interesting hedge patterns along the edges. They're sort of… Gaudi-inspired. She's very artistic with them. As you can see, there are all sorts of shapes." 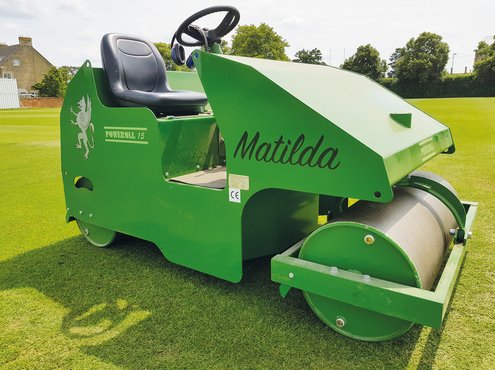 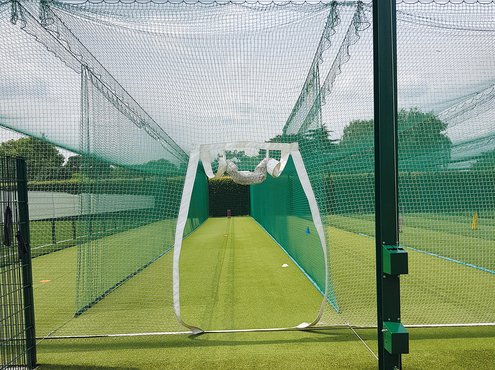 The school is currently replacing much of its machinery. It recently acquired a new set of rollers and a Trimax Pegasus wide area mower.

It requires such extra-wide machinery because of the logistics of travelling between sites and managing so much land - cutting down mowing times is necessary to allow for pitch preparations.

They have just enough staff to manage the workload (nine, three of which are gardeners), but a lot of Richard's time is spent travelling for inter-site communication, meetings and planning for events.

I asked him why they selected him as the new head of grounds: "I'm quite young, which could work in my favour. I've also been around so many schools and sports clubs, I have good experience with a mixture of surfaces. And, I think I'm a nice guy."

After visiting the outfields and prep school, we travelled to mostly artificial Tilsley Park, on which Abingdon School rents an array of surfaces from the local council. 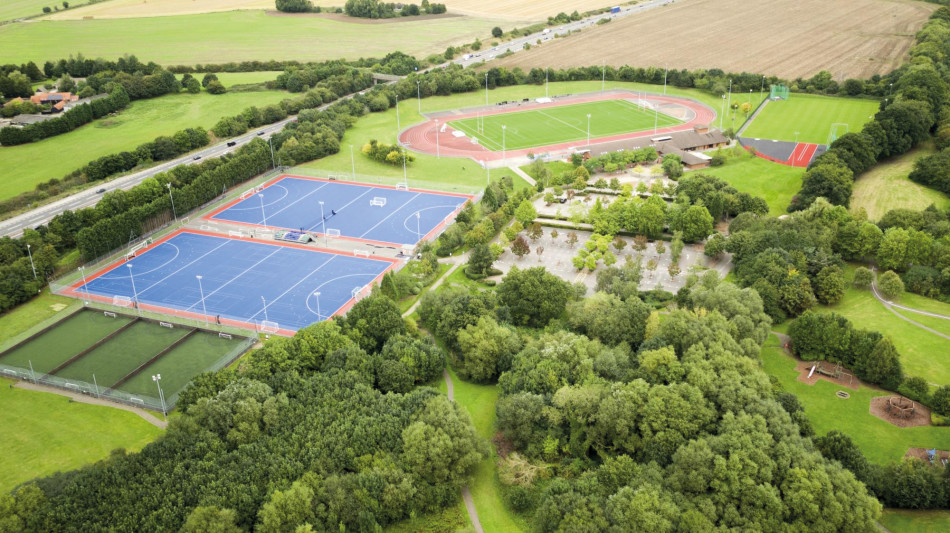 Since 2014, the school has managed the site on the council's behalf, and it comprises a full 3G pitch, a floodlit 7-a-side pitch, three 5-a-side pitches, a full athletics track and field and two full-sized, floodlit hockey all-weathers.

This site was originally built in 1994, and was donated to the council by a local farmer. Since then, most of the natural grass has been removed or replaced.

"We're heading more and more towards an artificial surface majority," Richard said. "Some of these are on an engineered based, with one on a dynamic base, and one with a prefab shock pad. The newest ones are on a sort of giant puzzle system."

"That's great because, even during the wettest of winters like the last one, they've still got a good surface to play on, including the hockey team, who play at quite a decent level."

"It's year after year of continual improvement. I'm definitely not a minimalist in terms of inputs. We cut as often as we can. Our fertiliser regimes are based on continuous soil samples. We like to know exactly where we stand." 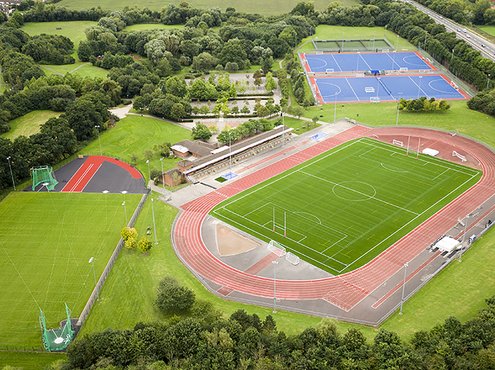 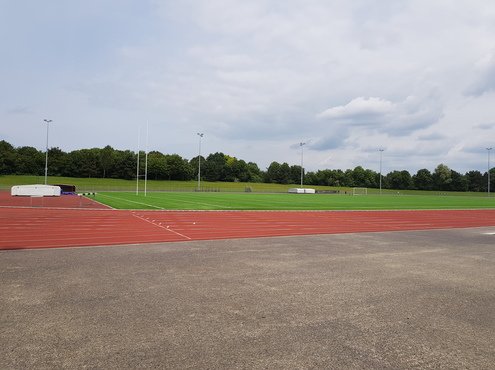 "There's a real mixture of soil types. The prep school site is purely sand. It never gets muddy during winter. The main school is two different types: the front is quite dense and holds a lot of water; further back towards the rugby area is close to the river and quite silty."

"Last year was the first time, as far as I'm aware, that we just hollow cored the entire field, and didn't replace with anything but sand."

"We loaded a very large quantity of sand onto there, to combat that silt. Next year, during the winter, we'll see how we fare on there with muddiness."

"I'm a surfer and I do a couple of other niche sports. The only 'traditional' sport I do is golf. My handicap isn't that low, but I do it for the venues, really."

"The only thing is, being a groundsman, you're just walking around a golf course saying 'Ooh, you could put a bunker there', or whatever. It's not a job you forget about when you're away from it."

Finally, we're finished our tour on the War Memorial Field, which is the First XI cricket field. Whilst Richard would instinctively cut a pitch to three-or-four millimetres, the head of cricket likes them cut to 5mm to encourage varied bowling techniques. At the other side is that attractive new practice area.

I noted, as would anyone, that it was a thoughtful gesture from the school to name the nets after Paul: "Very nice," Richard said. "He was a nice guy."