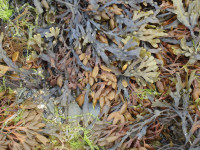 In my first article, I looked at the dawning realisation that seaweed is much more than an exotic food or an agricultural fertiliser, and how, following the Rio Earth Summit in 1992, the potential for seaweed to be used in many other ways started to be seriously investigated.

Seaweed is a term used to refer to a wide array of marine algae. For ages, human civilisations all across the globe have used seaweed for everything from sustenance to agriculture. With modern science, the uses of seaweed have only multiplied and, in my second article, I looked at the ways in which seaweed is now farmed and harvested sustainably, in recognition of the importance of protecting our oceans and the vast valuable resources they are home to.

In this, the last article in the series, I shall outline some of the many ways in which we now use seaweed (often unknowingly) in our everyday lives, and the ways in which we at Sea-Chem have developed our seaweed based product range. 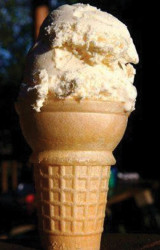 It's very likely that you eat seaweed on a regular basis without even knowing it! Alginate, carrageenan, and agar are extracted from seaweed and used in a wide variety of food products for many different purposes. Seaweed keeps ice cream smooth and creamy, by preventing ice crystals from forming when freezing, and actually slows down the speed at which ice cream melts. It is used in beers for a more stable and lasting foam, and in wines to help clarify the colour. It is also used to thicken and stabilise everything from sauces, syrups, and soups to mayonnaise, salad dressings, and yogurt.

In addition to being a beneficial additive for many modern food products, seaweed has an ancient history as a more fundamental food source, both raw and cooked. While still regarded primarily as a health food in the west, Japan, Korea, and China have used seaweed as a dietary staple since prehistoric times.

The plants are often dried and either powdered or cut into strips. Many species, like kombu, are used in preparation with numerous fish, meat, soup, and rice dishes. Records from Scotland and Ireland indicate that a native seaweed, dulse, has been collected since at least the 7th century, which is dried and eaten like potato chips, and served as pub food in some places. In Wales, a seaweed known as laver is used in a variety of traditional Welsh dishes, such as laverbread.

With the copious health benefits that seaweed provides, it's no wonder it has so many dietary functions. Seaweed extracts an amazing amount of nutrients from the ocean, and is most notable for its extremely high iodine content, able to exceed daily recommended values in just one dried gramme of even the least potent species.

Seaweed is also one of the richest plant sources of calcium. Some species, like nori, have a high protein content. Nori also has a vitamin C content 1.5 times that of oranges. Seaweed has other vitamins, like B12, and various species are rich in carotenes. Seaweed also has very little fat and a high fibre content.

The same seaweed extracts used in food are also common ingredients in lotions and creams. Seaweed is used as a stabilising agent in toothpaste. It is also used in soaps and shampoos and, in addition to its function for gelling various substances together, is said to have beneficial effects on the skin, such as anti-aging. These claims, however, are not yet substantiated by science.

Many sexual lubricants use the seaweed extract, carrageenan, to thicken their products. Research has found that this seaweed extract is extremely effective at preventing HPV, the most common sexually transmitted infection in the United States, and the source of most cases of cervical cancer. Seaweed was also found to be somewhat effective against HIV and herpes, but was 1000 times more effective against genital HPV.

Most biofuel is produced from sugar cane and corn, and many people argue that, to produce the desirable amount of fuel, would detract too greatly from land that could be used for food, leading to food shortages and higher grocery prices. Ongoing research has been conducted into the use of seaweed as a biofuel.

Seaweed grows much more rapidly than other biofuel sources, is cheaper and easier to produce, and will have no effect on food supplies. Scientists are still working to find ways to increase the efficiency of mass seaweed production so that it can become a viable commercial biofuel.

Seaweed has a vast history of being used for fertiliser by coastal populations all over the world. In most locales, large brown seaweed that has been cast adrift on beaches will be collected for use on nearby crops. Wet seaweed is heavy, so rarely travels very far inland, but more recent seaweed fertilisers have been commercialised with dried seaweed or seaweed extracts. Seaweed has a suitable nitrogen and potassium content for fertiliser, and its large amounts of insoluble carbohydrates are great for retaining moisture and conditioning soil, as well.

Seaweed has a lot of potential in cleaning up wastewater. It can effectively reduce phosphorous and nitrogen content (such as ammonium) from the discharge of sewage treatments and agricultural runoff. The high levels of chemical nutrients polluting these waters can lead to eutrophication, the unhealthy over-production of an ecosystem, something which seaweed can help curb.

Seaweed is also effective at absorbing metals. When alginate has already been extracted from seaweed, the waste product that is left can be used for this purpose, further increasing the productivity of the plant. European researchers were able to use seaweed to remove up to 95% of metals in water being discharged from mines. 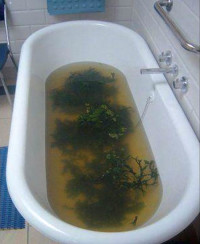 Seaweed baths are a popular phenomenon in Ireland. Though not nearly as fashionable today as they were a century ago, there are still many who swear by their health benefits for the treatment of ailments like arthritis, rheumatism and various skin conditions. Seaweed baths are said to detoxify the body but, rather than merely dehydrating it like a steam bath would, they rejuvenate it with a plethora of minerals. As with the medical assertions of its use in cosmetics, the health benefits of seaweed baths are not scientifically supported at this time.

At Sea-Chem we have concentrated our efforts in the utilisation of seaweed in four major areas - industrial degreasing, contaminated land remediation, waste water and effluent treatment and amenity/horticulture/agriculture. In every application we have taken care to ensure that all of our products are totally environmentally friendly and, consequently, are not required to carry any hazardous warning labels.

In manufacturing industry, before any metal component can be plated or painted, it is essential that the surface to be treated is totally grease or oil free. Traditionally, the degreaser of choice has been trichloroethylene, which is a solvent that, although extremely effective and cheap, is also highly toxic, both carcinogenic and mutagenic and does not biodegrade. Recent legislation, however, has introduced strict control over its usage and disposal and, therefore, viable alternatives are increasingly needed.

Our degreaser has been developed as one such alternative, and has been independently verified as being 99.5% as effective as trichloroethylene. Additonally, it is totally user friendly, has no harmful vapours, works at much lower temperatures and is readily biodegradable.

Land remediaton is now a hugely important issue, particularly in the UK, where building land is at a premium. It is government policy not to build on greenfield sites, which means that brownfield sites must now be utilised. Before they can be used, they must be free of hydrocarbon contamination and, because of increasing landfill tax allied to the scarcity of landfill sites, contaminated soils can no longer just be dumped.

Against this background, Sea-Chem have developed Sea Power 101, a product derived from brown kelp seaweeds and other plant extracts, which substantially enhance the natural bioremediation of hydrocarbon contaminants, both on land and in an aquatic environment.

The product combines both a biosurfactant and a biostimulant in the remediation of hydrocarbon compounds. The biosurfactant enhances the emulsification of hydrocarbons, has the potential to solubilise the hydrocarbon contaminants and increase their availability for microbial degradation. The biostimulant involves the modification of the contaminated environment, by the addition of nutrients to stimulate the existing bacteria capable of bioremediation to metabolise the hydrocarbons.
SC Power 101 is specially formulated to release oils and hydrocarbons from land by accelerating the natural biological processes, increasing dramatically the rate at which they are degraded in the environment. Our product contains biologically active compounds which trigger self defence mechanisms in the microbes, allowing them to thrive in relatively high concentrations of toxic hydrocarbons.The naturally derived surfactants wet out and release the hydrocarbons, emulsifying them so that the microbes are able to readily use them as a food source.

The product has been independently verified to increase the bioremediation process by over 50% against traditional processes.

For the amenity, horticulture and agriculture markets, we have developed a product that is manufactured using a proprietary process which excludes the use of high temperatures, chemicals or solvents, ensuring that the beneficial properties of Ascophyllum nodosum, sustainably harvested from the unpolluted waters in the west coast of Ireland, are captured fully.

This natural seaweed extract, which typically contains 5% dissolved solids, has a carefully balanced level of natural biologically active compounds with no added nitrogen, phosphorus or potassium and can, therefore, be used in conjunction with fertiliser programmes without upsetting the nutrient balance.

Used regularly throughout the year, every 4-6 weeks, it will help to maintain turf in good condition and stimulate active soil microbes.

The products constituents include:

Growth Promoting - essential biologically active compounds, exhibiting cytokinin-like growth promotion effects, but belonging to a separate group of compounds called betaines. These growth enhancers play very important roles in cell division and the synthesis of protein, carbohydrate and chlorophyll. In addition, these plant growth regulators have a huge positive impact on resistance to stress, pest and disease through activating the immune system.

We hope that you have found this series of articles about seaweed to be both interesting and informative, and that, hopefully, they have given you a new appreciation of this wonderful, natural resource.