The Premier League, The FA and Government's charity, the Football Foundation, today announced that Robert Sullivan has been appointed as its interim Chief Executive Officer with immediate effect. 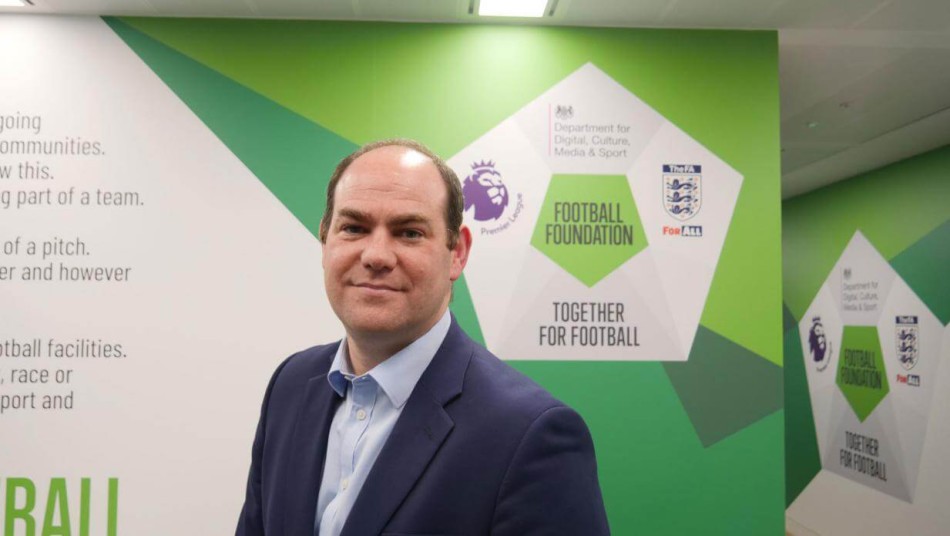 Robert joins the Football Foundation following more than a decade working at The FA, where he has led successful work in key areas such as strategy development, communications and international and corporate affairs.

Martin Glenn, Football Foundation Chairman said: "Robert being appointed interim Chief Executive of the Football Foundation is great news for the charity and grassroots football community. He brings a wealth of football industry knowledge, a deep understanding of the political landscape and strong strategic experience.

"Clearly, Robert is joining at a very challenging time for everyone. The Board and I are looking forward to working with him as we steer further investment into the grassroots game over the coming months.

"I'm delighted to have been appointed interim CEO of the Football Foundation. It's a unique organisation, working together with the Premier League, The FA, Department for Culture, Media and Sport (DCMS) and Sport England to deliver a plan that is transforming grassroots football facilities across England over the next 10 years.

"This is an incredibly difficult time for grassroots football. Whilst fixtures may have suspended for the time being, it's crucial Football Foundation work continues. We're processing grant applications as normal and making contact with our funded sites to understand their challenges so we can offer support where possible. When the Coronavirus passes, we'll be ready to pick up where we left off in delivering outstanding grassroots facilities, at a time when I'm sure communities will be looking to enjoy all the benefits football brings like never before."