by Football Foundation
in Football
on 07 Aug 2021

The Premier League, The FA and Government's Football Foundation celebrates 21 years of transforming lives through the power of football, having funded over 20,400 grassroots football facility grants across the country. The Foundation is set to start work to deliver bespoke plans for every community in England to give the country the grassroots infrastructure it deserves. This month, the Football Foundation celebrates 21 years of delivering facilities that have unlocked the power of pitches - helping to transform lives and communities throughout England. Since its creation by the Premier League, The FA and the Government Department for Digital, Culture, Media and Sport, the Foundation and its partners have unlocked £1.8 billion of investment to improve local football facilities across England. It has delivered over 20,400 grants to improve facilities, including 958 3G pitches, 8,726 natural grass pitches, and 1,223 changing facilities - all of which are accessible and welcoming to everyone.

In celebrating this milestone and its achievements to date, the Football Foundation is now looking to the future and working to ensure communities up and down the country have better access to great places to play and the facilities they deserve.

Following the recent announcement from the Government that a further £50m will be invested into community sports facilities - the second tranche of the £550m already committed by Government last year which builds upon £25 million announced by the Chancellor at the Budget earlier this year - the Foundation is working to fund a range of new projects identified within the Local Football Facility Plans it has created for every community across England, targeting investment where it is needed most.

These plans are the culmination of two years of work with local authorities, County FAs and other stakeholders to identify projects that together represent a blueprint for building what each community needs and deserves. Great players like Harry Kane, Kalvin Phillips and Harry Maguire played on facilities the Foundation funded as they grew up, proving what a difference good grassroots facilities can make.

By ensuring this funding committed by the Government flows through to the grassroots game, combined with the success of the England men's football team and upcoming Women's Euros in 2022, the Football Foundation and its partners believe they have a landmark opportunity to truly capitalise on the passion for the national game and unlock the power of football for those who need it most. 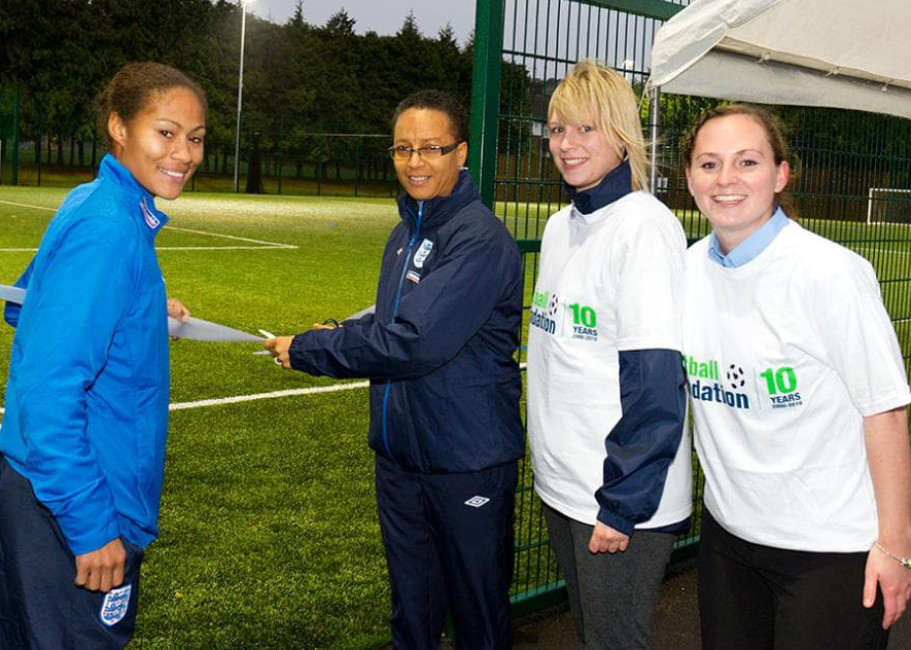 "The Premier League is proud to have funded thousands of grassroots facilities through the Football Foundation and its sister organisation the Football Stadia Improvement Fund over the last 21 years.

"This is an exciting time for football, with a positive Euro 2020 campaign for England inspiring more people to play sport. It is important that people of all ages in communities up and down the country continue to have access to high-quality pitches and facilities. We look forward to working alongside our fellow partners to deliver many more projects in the years to come."

"The Football Foundation has helped transform grassroots football over the last 21 years - but there's much more still to be done. Grassroots football facilities play a vital role in the heart of our communities and that's why our commitment to them remains resolute.

"Investment, including the Government's £550m Manifesto commitment, has never been more important. We look forward to continuing to work with our partners through the Football Foundation to deliver more quality pitches and facilities, getting people fit and active and ultimately helping to improve the health and wellbeing of the millions that enjoy playing the game across the country."

"As we celebrate its 21st anniversary, the Football Foundation has grown to become the largest sports charity in the UK, championing and supporting access to quality facilities for everyone, regardless of gender, race, disability or place.

"On the back of the inspirational success of the Three Lions and as anticipation builds for the women's Euros next year, we are determined to seize the moment and ensure that the opportunity to live a healthy and active life is a fundamental part of our COVID recovery.

"That's why we have recently underlined our support for grassroots football, which will ensure that more families right across the country will have fantastic facilities on their doorsteps."

"Football is the most played team sport in the country, so it's vital that people have quality football facilities on their doorsteps.

"After 21 years, hundreds of thousands of people have benefited from the Football Foundation's delivery of local pitches and facilities, and Sport England is proud to have played a role in this. Our focus with future investment is to bring more community sports facilities into the heart of communities, so that more people can get involved - regardless of their background, age or ability."

For more information about all of the funding available to grassroots football clubs, visit the Football Foundation website here.