by Football Foundation
in Football and Synthetics
on 15 Jul 2018

A state-of-the-art third generation (3G) artificial grass pitch (AGP) was officially opened at Great Sankey Neighbourhood Hub recently with a celebratory football tournament. The new facility was made possible thanks to investment from the Premier League & The FA Facilities Fund, which is delivered by the Football Foundation. 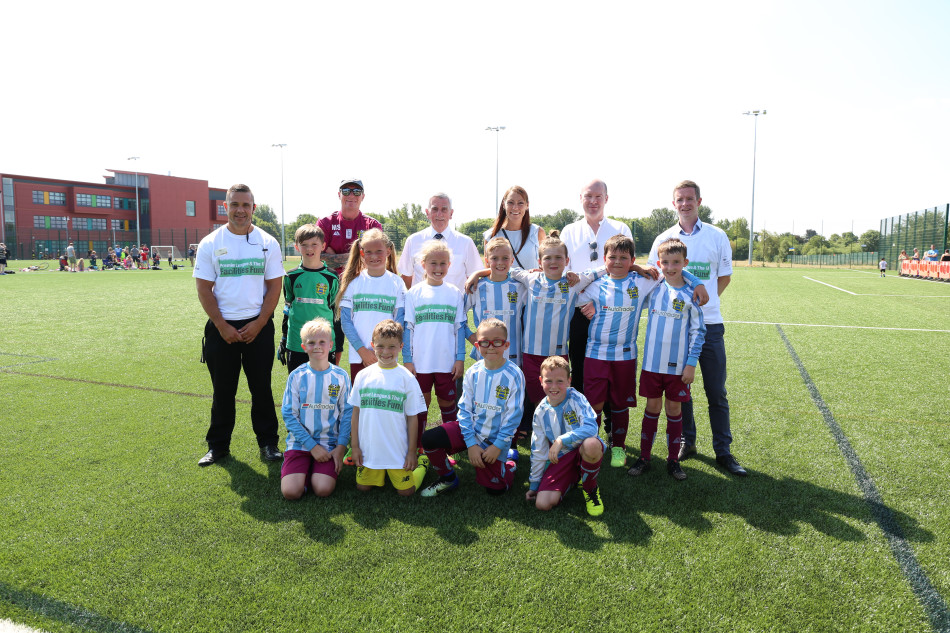 The grant enabled LiveWire Warrington which manages Great Sankey Neighbourhood Hub to install the all-weather pitch as part of a shared site with Great Sankey High School. Students from the school and three partner football clubs, Whittle Hall JFC, Crosfields JFC and Matthiola JFC, are all set to benefit from the new facility.

The 3G AGP is part of Warrington Borough Council and LiveWire's multi-million pound transformation of the Great Sankey Leisure Centre into a new Neighbourhood Hub which opened in February 2018 with a state-of-the-art fitness suite, studios and a library.

LiveWire Warrington was awarded a £302,184 grant from the Premier League & The FA Facilities Fund towards the installation. The organisation worked alongside the Football Foundation and Liverpool County FA to compile a five-year Football Development Plan, which is a vision of how sport will be played on site with an emphasis on increasing participation.

Thanks to the improved surface, provided by the brand new 3G AGP, the three partner football clubs have been able to provide increased playing opportunities, including the celebratory tournament organised by Whittle Hall Junior Football Club in partnership with LiveWire Warrington. The tournament not only celebrated the official opening of the new facility, but also marked the club's 20th anniversary since it was formed in 1998. Over 700 keen footballers aged between 5 and 14, representing junior football clubs from Warrington Junior Football League took, part in the tournament, which was a huge success.

One of the key objectives for the facility was to increase football participation. With only one other full-size AGP within a five mile radius of the Great Sankey site, the potential for growth in users at the all-weather pitch was evident. During the period between Autumn 2017 and Spring 2018, LiveWire Warrington reported a 31% weekly increase on participants using the site.