by SVB
in Stadium News, Renovations & New Builds, and Football
on 08 Jan 2020

English Football League side, Forest Green Rovers (FGR) has been given the green light on its new sustainable stadium after being granted outline planning permission on Wednesday night (01/01). 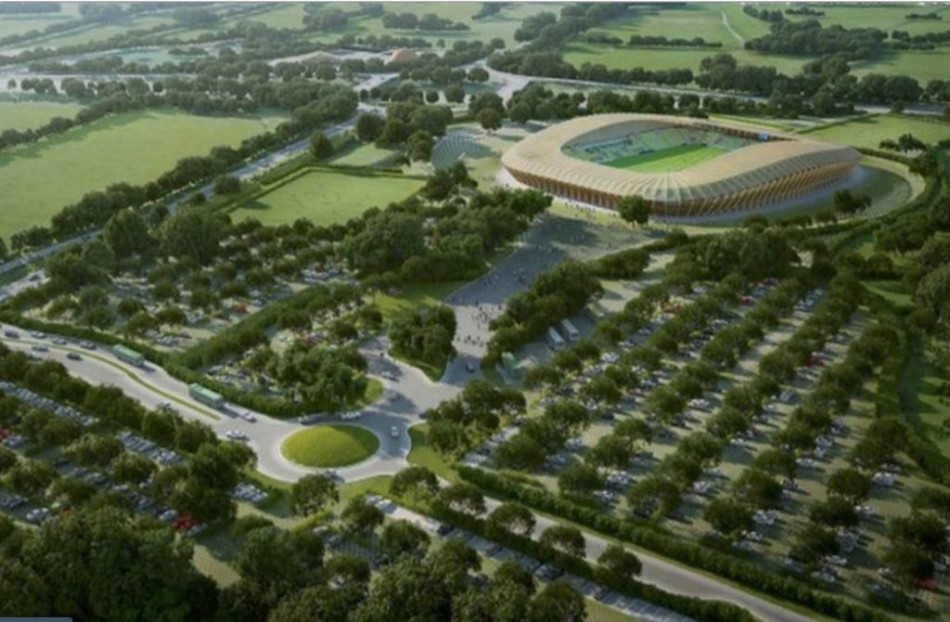 After submitting revised plans to Stroud District Council, having seen the first attempt rejected back in June, the council's planning committee voted in favour of the designs, with six in favour and four against. It will be the world's first football stadium made almost entirely out of wood.

Ecopark Stadium, designed by Zaha Hadid Architects (ZHA), will be a 5,000 capacity state-of-the-art wooden stadium, along with landscaped parking and two pitches, one of which will be a 4G playing surface, with access for the local community.

The scheme is part of a £100m Eco Park development, close to the M5 in Gloucestershire, masterminded by the EFL Sky Bet League Two side's chairman Dale Vince, who owns the green electricity company Ecotricity.

The plans will see the club, which was founded in 1889 and has been described by FIFA as "the world's greenest football club", leave its home at The New Lawn, in Nailsworth near Stroud.

On hearing the decision, chairman Dale Vince said that the "right decision" had been made and that "the best case for seeing the stadium come to fruition would be at least three years".

Designed by world renowned architects Zaha Hadid and made almost entirely out of wood, FGR's new stadium will be the first of its kind in the world. With a capacity of 5,000, Eco Park, will be sited in parkland where some five hundred trees and 1.8km of new hedgerows would be planted.

The new stadium will also include a car park with 1,700 spaces and two grass training pitches.