The club which is powered by renewable energy and serves vegan food to players, staff and fans has received a prestigious United Nations certification. Revealed on the Rover's website, the League Two outfit has signed up to the Climate Neutral Now initiative for the upcoming 2018/19 season. 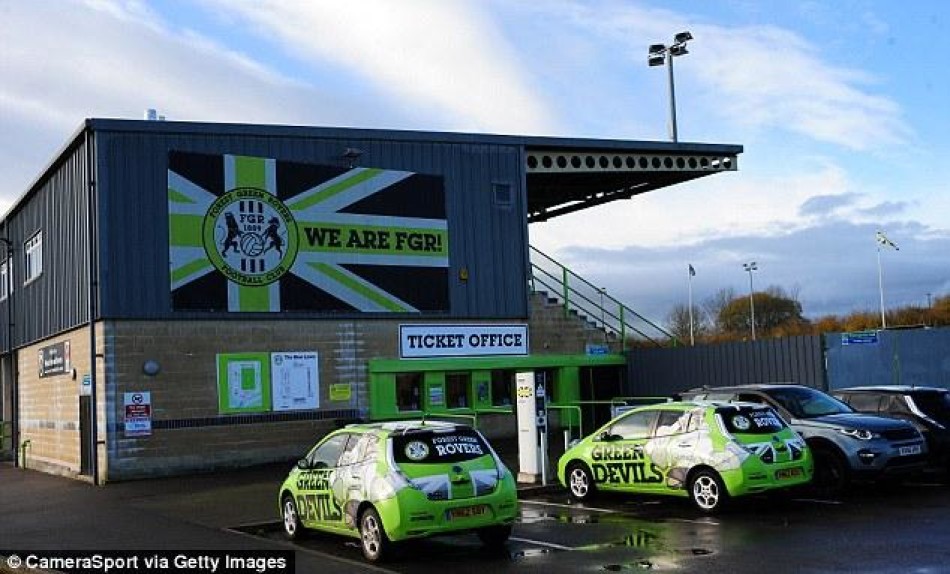 Launched in 2015, the UN campaign encourages companies, organisations, governments and citizens to reduce their climate footprints, with the aim of achieving a carbon neutral world by the middle of the current century.

Based in the Gloucestershire town of Nailsworth, the club has been attracting attention around the world for several years for its sustainable approach.

Only two years ago, chairman Dale Vince caused a stir by making the switch to a plant-based diet for all players, fans, staff and events.

This meant they became the first vegan football club anywhere in the world and received the vegan trademark from the Vegan Society.

Vince spoke to leading figures in the world of sport at the UN COP21 event in Bonn in November 2017, to discuss how sport can show people in practical terms how to live in a more sustainable way.

Their 5,141-capacity ground, The New Lawn, is powered by 100 per cent green energy from Ecotricity, the company founded by Vince. Some of the energy is generated by the solar panels on the stadium roof.

Rovers were promoted to the Football League for the first time in the club's 129-year history last year and has started its second season in the fourth tier of professional football in England.