Forest Green Rovers FC has been given planning consent for a new wooden stadium despite concerns over its impact. 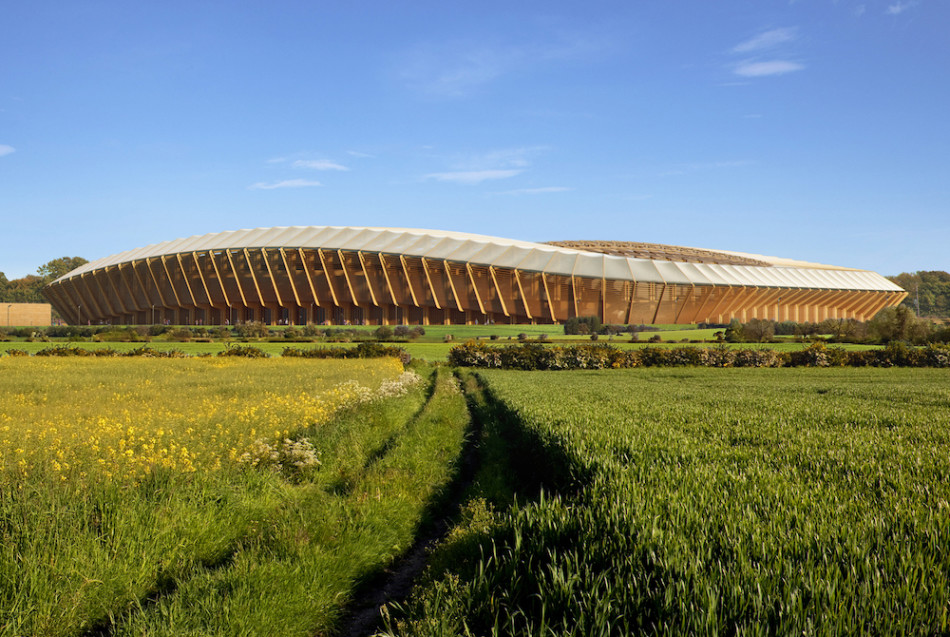 On Wednesday, Stroud District Council approved outline plans for the venue next to junction 13 of the M5.

Critics say the venue is not part of the local plan and the club's current home in Nailsworth will suffer economically.

However, club chairman Dale Vince said: "I think it's the right decision."

The new stadium will also include a car park with 1,700 spaces and two grass training pitches.

Earlier in the year, in June, the district council had rejected the plans for the new stadium amid concern over noise, traffic and impact on landscape. Concerns that were shared by Eastington Parish Council.

Cllr Haydn Jones, who voted to refuse the application on Wednesday evening, said: "I'm concerned about the impact it will have not only on Nailsworth, which they will be leaving, but also especially on the people in Eastington and Westend and the new development at Greater Aldbury.

"I'm concerned that their lives are going to be negatively impacted - they moved when the football stadium wasn't there and I'm really concerned about the effect it's going to have on them."

One local resident, Daniel James, said: "It was a foregone conclusion, I'm not surprised in the least - what we've seen is a split along party lines."

He said he was also worried about the impact the new stadium could have on neighbouring William Morris House - a residential special needs children's home.

"They will be severely and personally affected by this in terms of their health and welfare and, I think, [that] was not even considered by the local politicians, it's deeply concerning."

However, Mr Vince said it would be a "very graceful elegant structure".

The planning application states the venue will be "low carbon and low impact, with measures introduced to minimise energy use, water, waste and pollution".

"It would be made entirely of wood, maybe they look like ribs of a prehistoric animal but it's also slightly flying saucer like," Mr Vince added.

The Nailsworth stadium, which opened in 2006, will be demolished and replaced with about 80 zero-carbon affordable homes.

Councillors on the committee voted in favour of the new development, with six for and four against.