0 Forgotten Fairways: Golf courses lost in the rough of war

Scotland has 250 former golf courses, according to the Royal Commission on the Ancient and Historical Monuments of Scotland (RCAHMS). Many of the fairways were lost during the world wars, when bunkers and tees were disappeared under military defences such as pillboxes and trenches.

Some sites were maintained by armed forces personnel in war-time, but fell out of use after the end of the conflicts.Hundreds of other courses vanished in peace time when they were converted into farmland, or were abandoned because of their remote locations. RCAHMS has documented some of the forgotten fairways. It has also been taking high quality digital photography of more than 500 of today's courses. 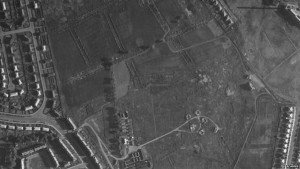 Following the outbreak of World War Two, anti-invasion defences were constructed on the course such as anti-tank blocks, pillboxes and minefields surrounded by barbed wire.The Roan Head Course on Flotta, an island in the Orkneys' Scapa Flow, also disappeared at the end of the war years. The Royal Navy laid down the 18-hole course around the time of WW1. The crew of one battleship stationed in the islands spent £70 on turf for the course, and the commander of another warship described one of the greens as being as smooth as a billiard table.

Edinburgh's Craigentinny Golf Course still survives, but during WW2 it had to be abandoned by its members to make way for military defences.

Ditches, pits and mounds were dug in a grid-like fashion to thwart a potential invasion by German troops in gliders. There was also a significant anti-aircraft battery on the course.

For the full story and other golf courses uncovered click here.