by Football Foundation
in Football and Synthetics
on 01 May 2018

Former Plymouth Argyle FC player Ian Stonebridge, who now coaches for the club, was on-hand to officially open a state-of-the-art third generation (3G) artificial grass pitch (AGP) for Plympton Academy recently (Saturday 28 April). Their new facility was made possible thanks to investment from the Premier League & The FA Facilities Fund, which is delivered by the Football Foundation. 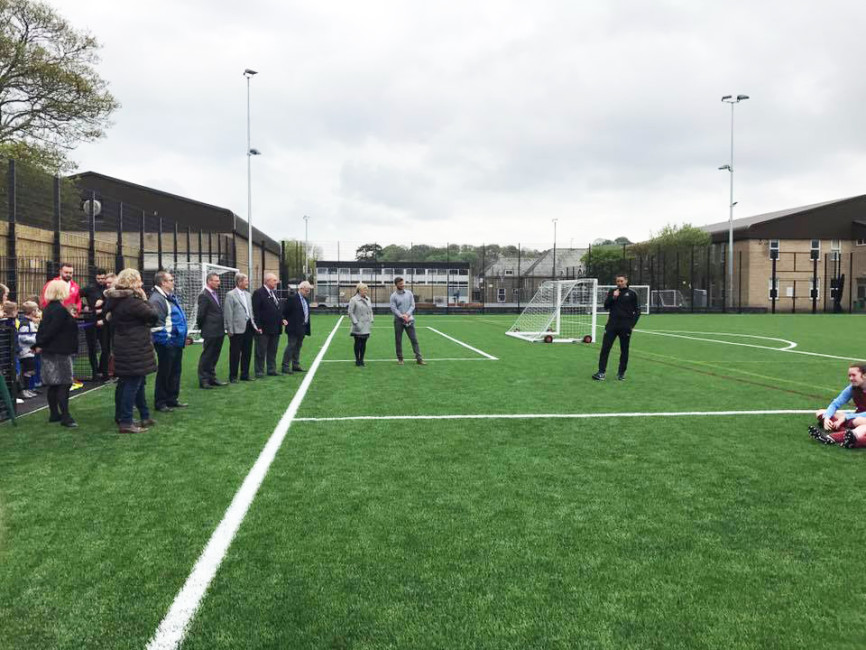 The grant enabled Plympton Academy to install a new 3G AGP, replacing a natural grass pitch that offered limited playing capacity. In addition, the Academy's existing sports facilities have been reconfigured so that the site now boasts one full-size and one junior grass football pitch, alongside the new all-weather playing surface.

The new pitch has increased the capacity and flexibility of the Academy's facilities thanks to it being usable under floodlights during the evening, as well as in harsh weather conditions that can render grass pitches unplayable. This will not only benefit the school's pupils, but also players from partner clubs AFC Plympton and Chadlewood Miners FC. 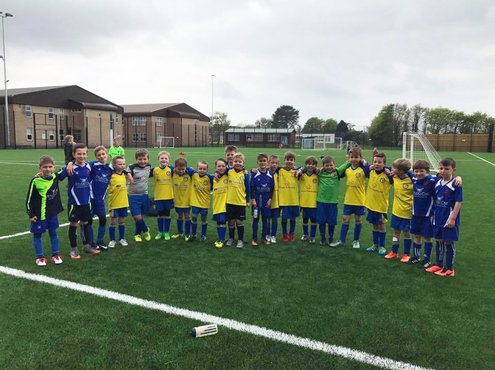 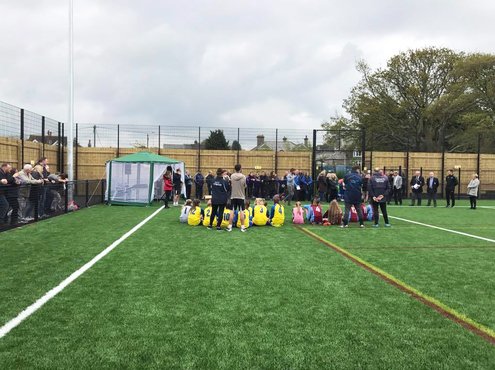 Plympton Academy were awarded a £397,013 grant from the Premier League & The FA Facilities Fund towards the project. The Academy and its partner clubs worked alongside the Football Foundation and the Devon FA to compile a five-year Football Development Plan, which is a vision of how sport will be played on site with an emphasis on increasing participation.

The new pitch is set to enable the two partner clubs to increase their collective number of teams from 31 to 43. This will support a predicted increase of nearly 200 players between the two clubs, and is expected to result in a 138% increase in football participation in the over-26 age bracket. This is thanks to the formation of new open-age and veterans leagues.

Moreover, the number of female players using the site is expected to double, with five new women and girls' teams creating a 96% increase in participation within that demographic. Overall, football participation at the site is predicted to increase by 73%.