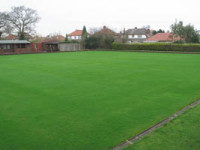 There was a time when any self respecting company employing a large workforce would see it as their responsibility to offer their employees a club in which they could enjoy their leisure hours.

Ransomes Sports and Social Club (RSSC) in Ipswich, owned by what was then Ransomes Sims and Jefferies Ltd., was typical of the many thousands of company owned sports clubs which existed through much of the last century.

But times have changed and the financial constraints put on companies has seen many clubs close. RSSC survived thanks to Ipswich Borough Council taking over the site.

Company Sports and Social Clubs typically had football pitches, a cricket square, a bowls green and tennis courts as well as the all important bar. The maintenance of the club was paid for by a small monthly subscription from the employees and the remainder, normally a considerable amount of money, would come from the company. In the 1960s and 1970s there would have been many thousands of these clubs throughout the country.

In the case of the Ransomes Sports and Social Club, there were (and still are) ten acres of sports grounds providing all of the sports mentioned. Being owned by a company making grass cutting machinery, maintenance equipment was not too much of a problem.

The groundsman, Ray Forsdike, who started at the club in 1967 and is still there, probably didn't get everything he would have liked though! The company had a full time employee in the personnel department (as it was known before the days of human resources) dedicated to the day to day running of the club and his role would be to make sure that everything ran smoothly at the club and that the employees were happy. How the situation has changed!

The 1970s were tough years for British industry and in the 1980s things became even tougher. Companies had to look long and hard at the way they operated and, inevitably, the pressure was on to reduce costs. Today, when large companies need to do this, they immediately look at advertising and entertaining. In those days there was an easier target; the sports club. 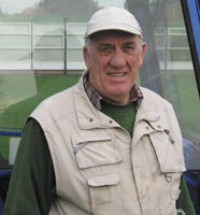 The majority of the company owned sports clubs were closed down and the land sold off. RSSC lasted longer than most but eventually, after 89 years on the site, the inevitable happened and the club and grounds were sold to Ipswich Borough Council in 1994.

RSSC is situated in a pleasant urban area of Ipswich and the immediate speculation was that the land would be developed. The council though were adamant that it should continue as a sports and social club; not just for the benefit of the existing members but also for the local community. The day to day management of the club transferred to a committee of members, and that situation still exists.

Even in 1994 the clubhouse was in a poor condition and needed extensive renovation, although demolition and a new building was always the preferred option. For a number of years both the committee and the council worked hard on plans to improve the situation. Whilst those early years were frustrating and little progress was made, the time and effort has been worthwhile for all those involved. The club and the council are now working closely together to finalise funding plans for a new clubhouse, incorporating new showers and changing rooms to secure the club's long term future. Sport England are also closely involved.

The grounds at the club have always been maintained to the highest standards.

The three football pitches are reckoned to be some of the best, if not the best, in the area. The cricket square is equally praised and hosts Minor Counties cricket tournaments. The bowls green is also to county standard and is the envy of many clubs in the area. Regrettably, there was little interest in tennis so the two courts have been turned into amenity areas.

We all know that groundsmen are resourceful people and can turn their hand to just about anything, and often have to. Anybody doubting that needs only to visit RSSC to see what Ray and his part time assistant, Bob Hart, have managed to achieve during the tough times since 1994. Not only do they maintain the grounds at the club, RSSC has arrangements with two nearby schools and the groundsmen maintain additional football pitches on those school grounds for the benefit of RSSC members. 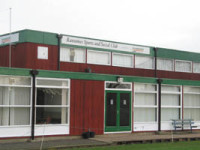 The club has always struggled to make ends meet, especially since 1994. The sports played at the club are not self financing and have to be subsidised by income from the bar and hire of the hall. Ray has had to maintain the grounds on a next to nothing budget. Spending time on trying to keep obsolete machinery running for 'just one more season' or having to cut down on essential materials for the grounds has been the order of the day for many years. Despite that, the standards do not seem to have reduced although Ray, being the perfectionist that he is, would argue otherwise. At least the efforts of the groundsmen are appreciated by most of the members and they are held in very high esteem at the club.

The support of the council over the years has been invaluable. The council fully understood the club couldn't survive without income from the clubhouse and knew its poor condition was affecting the income. In late 2006 they made a substantial amount of money available to carry out urgent repairs to the building. Ransomes Jacobsen have also been supportive with an agreement which is shortly to be put in place regarding the loan of equipment and a grant for the supply of spare parts. The days of Ray and Bob crossing their fingers and hoping that the ancient machinery they currently use will last another day will soon be a thing of the past!

The story of RSSC shows that when people are committed to a cause then just about anything can be achieved. It was easy for the Job's Comforters to say only a few years ago that the club was destined for closure, but they were proved wrong. A great deal of hard work has still to be done but the prize at the end will be worth the effort.

Ransomes Sports and Social Club will enter a new era and will provide sport and relaxation for members for many years to come; just as it has done for the last 103 years. Nobody can argue though that, without the skill, dedication and downright hard work from Ray Forsdike and Bob Hart in maintaining superb surfaces against all the odds, the future of the club could have been totally different. They can look back on a job well done.