From his remote location at the Valdebebas training facilities, Paul Burgess controls all factors related to the grass in the Santiago Bernabéu and the rest.

It almost looks like the control console on the deck of the Star Trek Enterprise. It is the advanced computer system that keeps tabs on the condition of the Santiago Bernabéu hybrid turf - as well as those of the Alfredo di Stéfano and another 11 training pitches - to the millimetre. 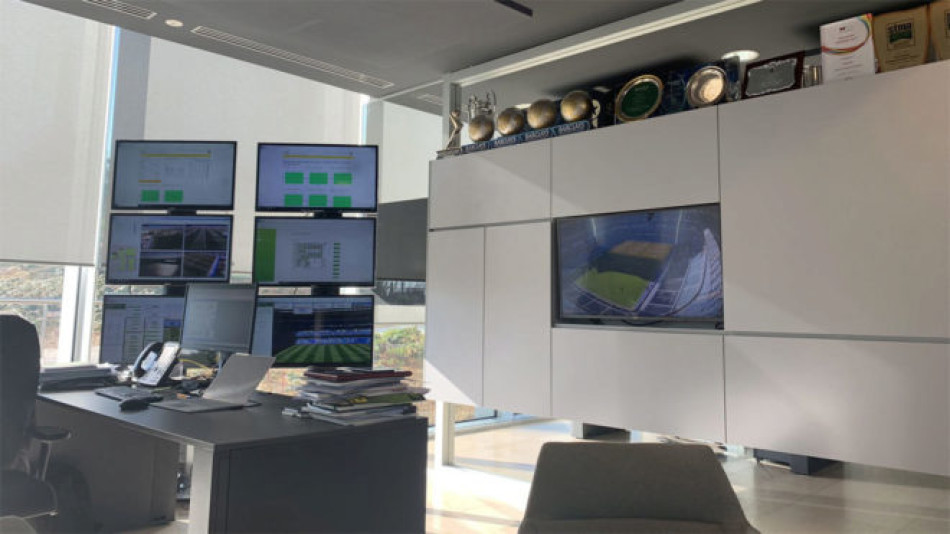 This is the software-filled room used by Paul Burgess, chief groundsman (Director of Grounds and Environment, to give him his formal title) at Real Madrid. The Englishman started his career at Blackpool FC before moving to Premier League giants Arsenal, where he played a key role in the development of the new Emirates Stadium, and then onto the Spanish capital in 2009.

From his office in Valdebebas, Burgess is able to monitor the status of all the club pitches in real time across six computer screens and a television. The remote technology that is in place means that he does not need to travel to Chamartín to control the anti-frost heat lamps for grassy areas that are not given enough exposure to sunlight at certain times of the year. The first team pitch is crafted with the utmost care at the beginning of each season after it being sown and rested in Arévalo, a town located 125 kilometres from Madrid. 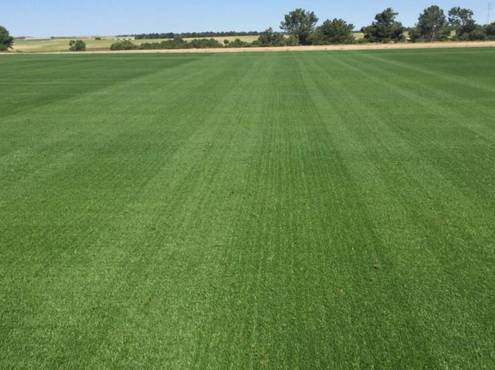 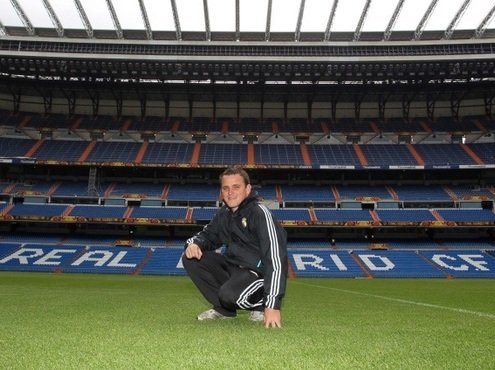 High above the tech in the room sit the five Groundsman of the Year awards that he won while working in the Premier League. Burgess is at the top of his field (no pun intended!), an expert in advanced agronomy techniques, and one of the first to export the idea of using British groundsmen. French side PSG followed in this trend by signing up Northern Ireland's Jonathan Calderwood on a premium contract - where he will have an army of 55 assistants to control 32 pitches - and Atlético Madrid snapped up another - Anglo-Spanish Dan Gonzalez from Bournemouth - to be top grass man at the Metropolitan Wanda.

From his command centre, Burgess can monitor grass measurements, order cuts by section, which can help if, say, a lightning bolt strikes a portion of the grass, and other less dramatic events. In addition to the prizes he won while at Arsenal, he has also been recognised for his contributions in Spain and globally. In the coming months he will begin to evaluate the training and playing areas of the European champions for next season. Recent years have seen Madrid lose more 'Galácticos' than they have signed, but their 'Galáctico' groundsman remains at the top of the game.