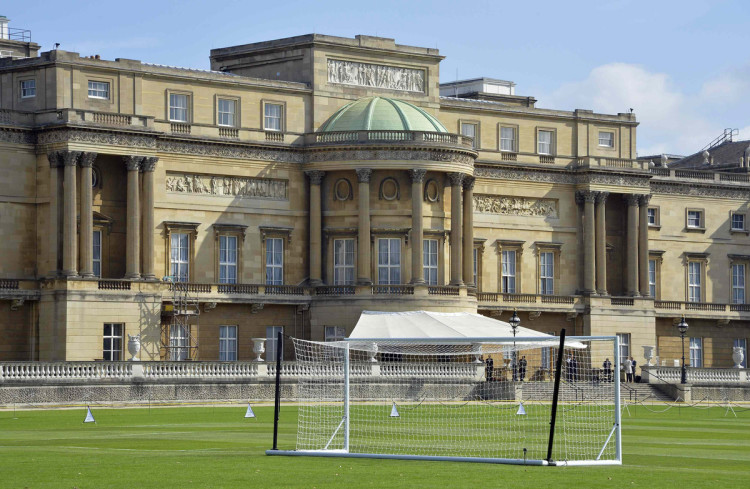 The competitive fixture was the first ever to be held at Buckingham Palace and was the idea of FA president the Duke of Cambridge. London side Civil Service FC (who were founded in 1863) lost 2-1 against Polytechnic FC who were founded 12 years later in 1875. Prince William had warned the players that if anyone broke a window they would have to "answer to" the Queen. Thankfully nobody had that pleasure after a competitive 90 minute end to end game.


The Duke told the guests "Over its 150 years, football has remained a wonderful example of the power of community and of our ability to come together to organise and to enjoy a simple pastime."


Harrod UK were proud to see their Football Goals used at this spectacular venue for this one off event. The 24ft goals were shipped from Wembley Stadium to Buckingham Palace specifically for the match in order to help turn the area most commonly used for garden parties, into a full size football pitch.


Only a day earlier Harrod UK were involved in another major event, this time providing Badminton Posts for the finals of the London Grand Prix that was help at the Copper Box arena on the Queen Elizabeth Olympic Park.

Pitchcare are an official distributor of Harrod UK Sports Equipment.