0 From the K Club to Colombia: the Irishman looking after the greens in Bogota

Eamonn McCarthy is originally from Bantry Bay in West Cork, but now lives in Bogota, Colombia, with his wife and their new baby girl. He works at Country Club de Bogota, where he is the golf course superintendent. 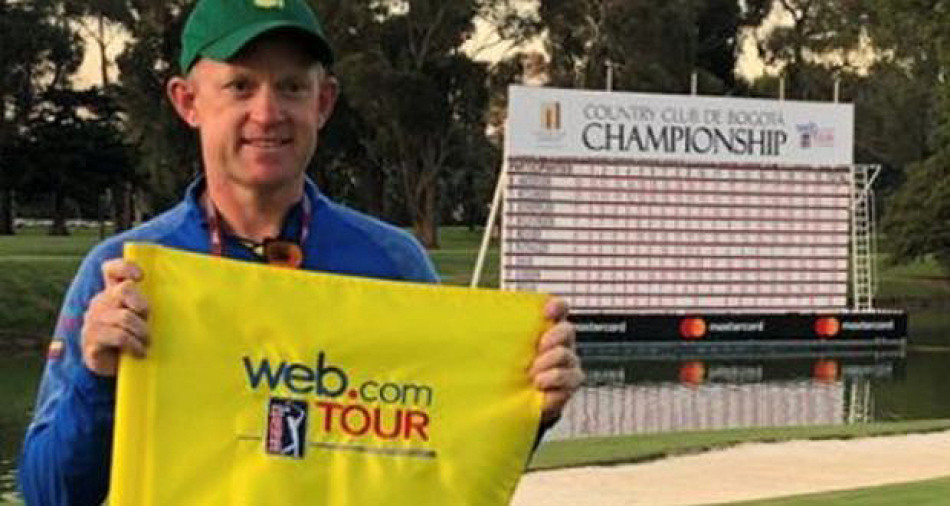 Eamonn McCarthy, greenkeeper, at the Country cCub de Bogota championship, a PGA Web.com event held at the club he works at earlier this year

When did you leave Ireland and why?

I left Ireland in September 1996 to study Turfgrass Science and Agronomy at the University of Central Lancashire in Preston, England. I did an internship at the K Club in Straffan, Co Kildare in 1998, midway through my studies.

Tell us about your work so far?

Working in greenkeeping has changed my life. During my studies I got the opportunity to work at Wimbledon for two seasons preparing the courts. My highlight was seeing Roger Federer and Serena Williams win their first Wimbledon titles in 2003. I spent three years on the Ohio State University Internship Program in the US. Since 2005 I have been in golf course superintendent positions in Cyprus, Barbados, Indonesia and now Colombia. I arrived in Bogota in March 2018. When I was in secondary school in Bantry my geography teacher was the Kerry footballer Pat Spillane, so after going to 99 countries, I would love to meet him now my geography is better.

I went to the Rio Olympic Games in 2016 as a volunteer greenkeeper and met the Irish golf team, which was incredible. I have also worked for the PGA, LPGA, European Tour and other golf events, prepared pitches for World Cup football fixtures and a stadium for the 2010 ICC Twenty20 cricket world cup.

Are golf clubs closed in Colombia?

Since March 19th, our country club in Bogota has been closed. The club is north of the city and consists of two golf courses, 40 tennis courts. It has 50 horses, a swimming pool and gym. The 5,000 members include 10 per cent of the wealthiest Colombians. No facilities have been available to our members, so it has been very frustrating for everybody. People live in apartments in Bogota and have no gardens, so being locked up all day has been tough on everybody. Until last week people were allowed out for two hours a day. Currently in Colombia, golf clubs are only closed in Bogota. The rest of the country opened their courses last month, but as Bogota is the capital and with a population of over 10 million, cases are higher here, so the mayor has kept sports facilities shut so far.

What challenges do you face at the moment?

Maintaining the two golf courses is hard as I only currently have 11 staff. Normally my team is 64. Our budgets have been severely cut so we are really trying to run this facility on a much lower scale, while trying to keep up standards. People in Colombia live week to week, so times are very tough right now. Luckily, the club has paid the staff who are at home 80 percent of their salary. Bogota is 2,600 metres above sea level, so growing grass is a challenge here and we get hit with terrible disease and crazy rainfall so you never know what you will get each day.

Bogota is a super-modern business city with every type of cuisine. Ten million people live here. There is not a lot for tourists to do here, but living and working here is also great experience. I take my bike everywhere and use Ubers at night and it is safe enough. People in Bogota are really into fitness and there are many bike lanes as well as lots of parks. In normal times, on Sundays from 7am to 2pm most of the city shuts down the roads for recreational use, so it is nice to see families walking, running and learning to roller blade. I took up running upon my arrival here and ended up running marathons. Being at high altitude has helped with my training. My Spanish is OK for work, but I struggle in large groups as the locals speak so quickly. My wife is American and she also speaks Spanish and French and works as a voice-over actress from our home. 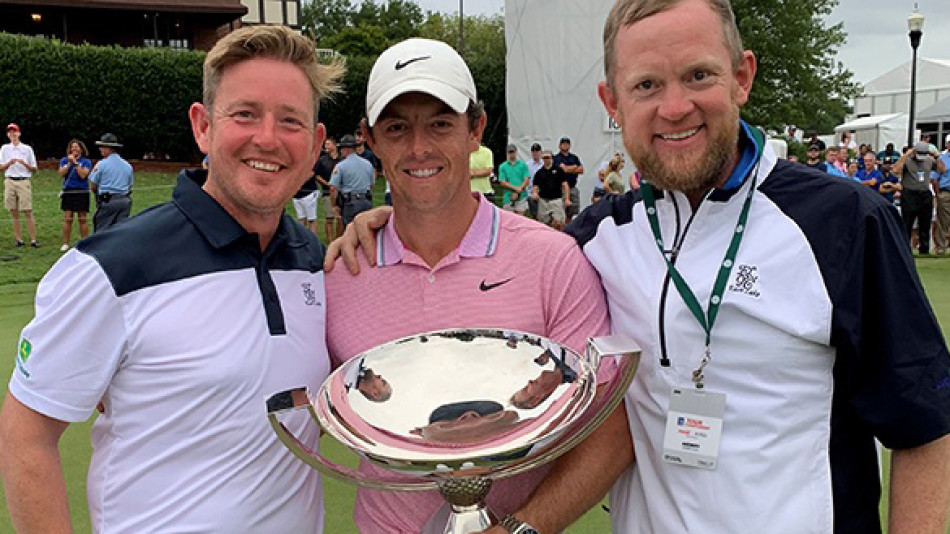 How has Covid-19 affected things?

Life is very different in Colombia with Covid-19. We have a lot of cases. Since March 25th we are only let out every other day. My wife and I cannot go out together to the stores and our baby daughter is not allowed out. Currently we are on a two-week strict lockdown, so basically I only go to work, which I have special permission for. Masks have been worn everywhere here since March. All restaurants are only doing take away. We were last in a restaurant back in March in California.

My wife gave birth to our daughter here in June and the Covid precautions were strict with nobody allowed into the hospital with us. We had no baby stuff as we had planned to purchase everything before the birth and all stores were closed. Thankfully we found a parent Facebook group in Bogota and they were selling baby items. We both had to have corona tests 48 hours before the birth. If my test had been positive, I would not have been allowed in for the birth. This was a stressful time for my wife as none of our families could travel here because of the virus, but thankfully all went well and the hospital was amazing.

How will you introduce your new baby to their Irish side?

Currently I am arranging her Irish passport through the Irish Embassy in Mexico City - not that there is any major rush as international flights might not start until January. The airport has not had an international or domestic flight since March 25th. Our daughter will also have a US passport and is a Colombian citizen. Hopefully, we can get home early next year and introduce her to my family. She already has an Irish rugby jersey. My wife is from San Francisco and her family are from the Philippines, so we both wonder what kind of accent she will have.

Is there anything you miss about Ireland?

I miss all my family, friends, the scenery, Irish humour and of course my mum's cooking. I really appreciate Ireland when I go home and how beautiful it is. Being from the south-west coast, we are blessed with stunning scenery on the doorstep and I plan to show my wife and daughter more of Ireland next time we get home. People always ask me what are the prettiest place I have seen on my travels and I always say it is a throw up between Ireland and New Zealand.

You can read the original article from the Irish Times HERE