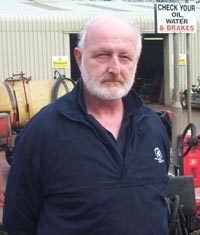 Clogged up carburettors are common ailments for any petrol-powered machines, often caused by long term storage without draining or treating the fuel or incorrect filtration.

After three or four months, untreated fuel can go bad, gum things up, and make starting nearly impossible.
A few simple precautions before winter storage can make springtime starting less fraught and with much less wear and tear on recoil and electric starters (and tempers).

The most important things to remember are to drain the fuel tank, start the engine and run until completely empty. At this point there is the opportunity to have a look around the machine and put right any problems ready for spring, such as fit new spark plugs, sharpen and balance or replace blades, fit new strimmer heads etc. (depending on the machine) run some oil down throttle and choke cables, grease linkages, tighten that which has come loose and loosen that which has become tight.

You can also remove the fuel tank and wash out any accumulated debris and /or water often introduced by poor refuelling practices. If unacceptable amounts of debris are found then you could revise your operator-training, look at the filters in the funnels used, to ensure they are intact and effective, check the cans used to carry the fuel and clean them at the same time.

We always rinse cans out with a little petrol and tip into a white container so that any debris is easily seen, allow the debris to settle in the bottom and pour off the clean petrol to be used again, probably in the same can for a second rinsing. When you are satisfied the container is clean it can be put to one side while the others are done, still using the same petrol as there is no need to change it, just keep draining it off the debris and re-use it. You may be surprised at the amount of grass and water that will come out of your containers (and fuel tanks) using this method.

How does water get into a fuel tank or jerry can I hear you ask? A fair enough question because apart from the obvious causes of leaving open containers out in the rain or too near the wash down area then how does it get in there? I have often heard people including mechanics say that water gets into fuel tanks because they are filled from cans; while this is true it is not an explanation. I know most of you will know how water gets into cans and fuel tanks I also know that there will be many who do not, so a brief and simple explanation is in order. First it has to be accepted that the air contains water, some days there is more than others, during fog for example, where tiny droplets of water can be seen and obscure the vision but most days, these miniscule droplets are invisible, but still there nonetheless.

When we refuel our machine the petrol taken from the can has to be replaced by air and this air is laden with these tiny droplets which condense on the side of the can, run down or get washed down to the bottom of the can and remain there because water is heavier than petrol (or oil for that matter). Over a period of time this very small amount of water increases until somebody eventually empties the can complete with water and all into a fuel tank, then there is a problem.

The ingress of water as described above is equally true of the fuel tanks themselves, so it helps to fill the tank at the end of the day to eliminate air containing these water droplets.

By taking advantage of the end of season service to clean jerry cans and fuel tanks many problems will be avoided in the coming season and that all-important first start up in the spring will be much easier.