Fulham FC has announced that its plans to redevelop the Riverside Stand at its Craven Cottage stadium have been approved following a planning hearing at London Borough of Hammersmith and Fulham. 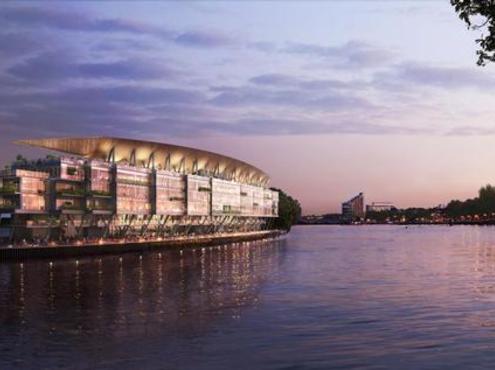 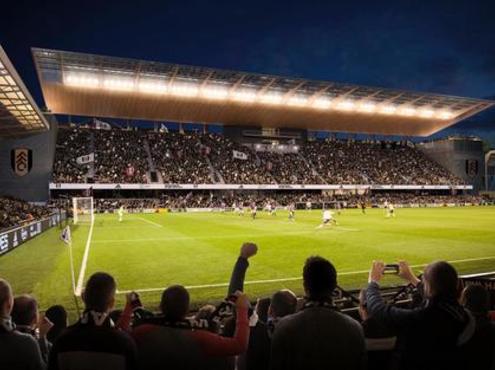 Construction work on the new stand, which will raise the overall capacity of Craven Cottage to around 30,000, is set to commence by the summer of 2019.

Sports architects Populous are behind the design, which club chair Shahid Khan has previously claimed will "transcend the customary standards of football grandstands" by "blending history and the contemporary like no stadium in the land or beyond".

The plan will see the creation of riverside pubs and restaurants, event facilities, green spaces and a riverside walk from Putney to Hammersmith along the River Thames, in addition to nine new apartments at either end of the site.

The Riverside Stand itself will be rebuilt with more seats, increasing the stadium's total capacity by 4,300. A new basement will make room for 'back of house' facilities and lounge space.

Populous were tasked with creating something sympathetic in scale to the adjoining stands and trees to the south while reducing the impact of floodlighting on the river and adding an iconic roof design to the Cottage, which has been the club's home since 1896.

Commenting on the council's decision to green-light the scheme, Khan said: "Our goal for a brighter future for Fulham FC, the neighbourhood, our borough and all of London is now at our doorstep. This news wouldn't be possible if not for supporters and local residents who believed in our vision, so I hope they will join us in celebrating what will be a new and important chapter in the history of Fulham and Craven Cottage.

"While there are too many people to thank, no one who helped to play a role in this process to date will ever be forgotten."