How do fertiliser applications with high salt indices affect soil microbiology? It is perhaps a question that many turf managers will have asked. We all understand the need for a functioning and healthy soil, not least for nutrient cycling, organic matter decomposition and the whole raft or processes we rely upon to produce quality sports surfaces. Daniel Ratling, Head Groundsman at Whitgift School, shares his thoughts. 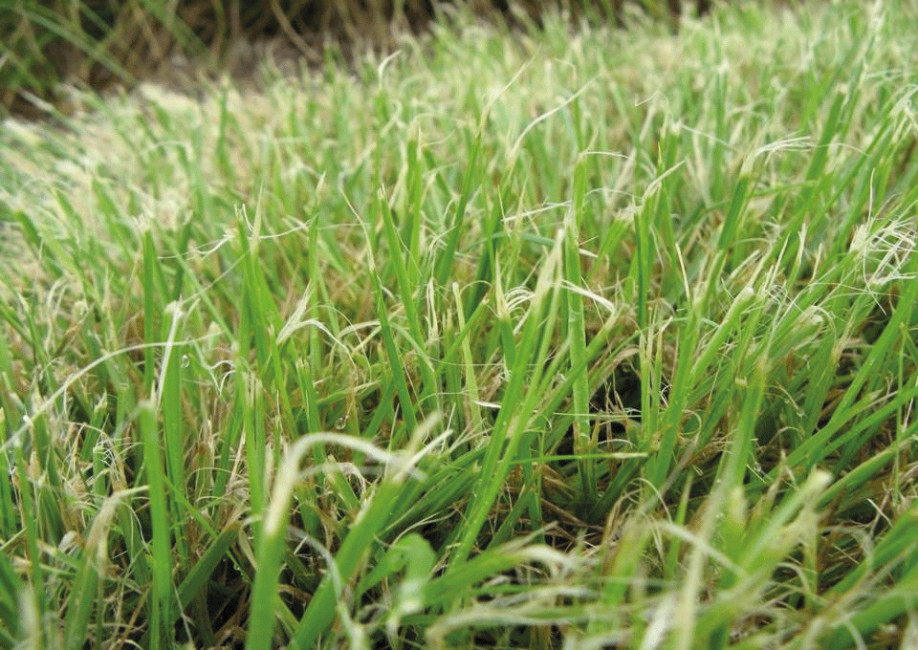 I came to this topic due to my own desire as a sports turf manager to further my understanding and, ultimately, produce healthier soil and more resilient surfaces. I certainly admit to having preconceived ideas about how I should manage my own inputs, but being aware of the complexity of the subject came at it with an open mind. I have tried my best throughout this piece to make a distinction between facts based on research I have read and my own musings - hopefully it is clear which is which.

Salts are soluble compounds formed from Ions (charged atom or molecule). When we think of salt we likely think of NaCl or sodium chloride (table salt/seawater salt). It is an ionic compound formed of a single sodium ion and a single chlorine ion. In reality, there are many forms of salt in nature or produced industrially. In the context of fertiliser, salt describes the product of the neutralisation reaction of an acid and a base, which has potential to enhance plant growth (some examples of common fertilisers and associated salt indices are in the table). 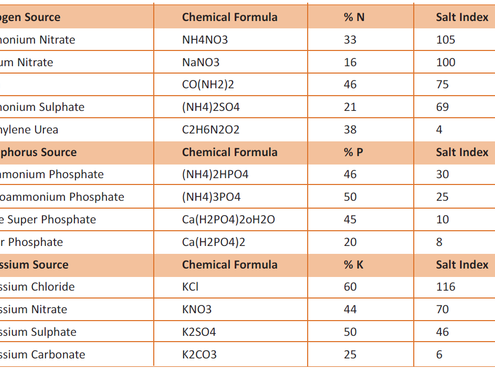 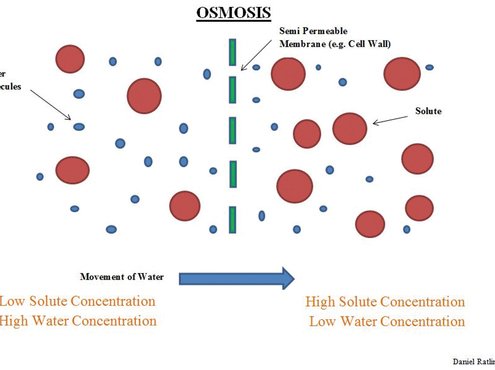 Plants take up nutrients in certain ionic forms (e.g. nitrogen as ammonium NH4+ or Nitrate NO3-). Nutrient applied in 'non-plant available' forms must undergo various transformations in the soil which are typically mediated by soil microbiota.

We are probably familiar with the osmosis process, if not in its scientific sense then practically observing the effects on the grass plant when fertiliser is spilt (we've all done it!). If the spilt fertiliser is high in salts, this causes water to pass from within leaf cells across the cell membrane towards an area of high salt concentration, e.g. the spilt fertiliser. It is this that causes scorch, desiccation of the plant and eventual cell or plant death.

The premise is the same for microorganism living within the soil. Exposure to high salinity within the soil causes osmosis, water moves out of the organism's cells along a concentration gradient with the inevitable consequence of cell wall collapse (plasmolysis) and cell or whole organism death.

In the UK, soils have been shown to become saline as a result of sea water/sea air deposits or contaminated irrigation water. There is good data that describes salinity response in grasses, all be it at plant level. What about the soil? How is the microbiology effected and can salinity be attributed to fertiliser inputs?

Well, in a nut shell, fertiliser can potentially cause salinity in soils and high salinity can cause severe problems for microbiology and potentially sports surface performance. However, it's not that simple.

Possibly due to a lack of relevant research, I could not find clear evidence of soils becoming saline in our temperate UK climate solely due to fertiliser inputs. A soil with a measured EC (Electrical Conductivity) >4 ds/m-1 is considered saline. There is plenty of data from arid regions of the world that suggest salinity issues attributed to fertiliser inputs. Seemingly due to our climate and precipitation levels, we are not exposed to the same extremes and, therefore, not the same accumulation of salts. This seemingly even applies to high sand content pitch constructions such as those with very high inputs of inorganic fertiliser. If ever we would have a situation in the UK of fertiliser attributed salinity, this would surely be it? Well, so far as I can tell, no. It would seem that the frequent irrigation used to sustain the grass in the high sand content surfaces leaches enough of the salts to maintain measureable EC and salinity at an acceptable level. 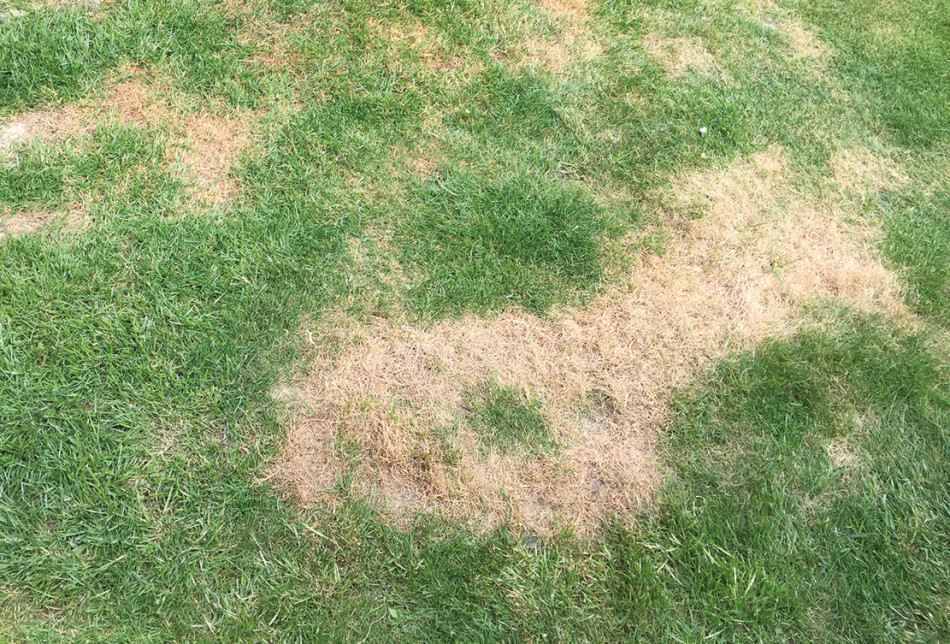 So, should high salt index fertilisers be applied without consideration for soil biology? It is plausible that there are fluctuations in soil salinity caused by fertiliser inputs, either in the bulk soil or in specific zones of the soil such as at interfaces between the plant and soil or the rhizosphere where ion concentration is naturally higher.

This could have permanent or transitory effects on soil microorganism populations or their ability to metabolise, thus performing their critical roles within the soil. It could be governed by moisture status or temperature or both. This, of course, is conjecture on my behalf as we don't have data on this subject matter based on research carried out in our temperate climate and specific to sports turf.

As already alluded to, there is some good data on soil salinity and its effects on soil microorganisms, albeit generally obtained from agricultural studies based in the Middle East, Mediterranean, United States or Asia. Accepting the lack of data directly relevant to our situation in the UK, this research does give a good idea of the potential response of microorganisms to excess soil salinity.

Some soil borne microbes exhibit tolerance to high salinity by accumulating osmolytes in their cells which counteract the low osmotic potential of the soil solution. Osmolytes are often organic molecules such as amino acids or carbohydrates. To synthesise these osmolytes requires the use of substantial energy reserves, i.e. ATP (adenosine triphosphate). This suggests that high salinity not only could cause a potential reduction in overall microbial populations, but there may also be a reduction in the metabolic activity of surviving microbes.

As well as nitrogen, carbon mineralisation has been shown to be reduced in saline soils. Organic matter will often accumulate in increasingly saline soils, which would suggest a reduction in microbial activity in relation to salt concentration.

Soil organic matter is a major part of soil and is thought to be a good guide to a soil's health and fertility. Organic matter exists in the soil as living organisms and plant residues, detritus and Humus. Humus is produced through microbial action and involves decomposition of organic matter into simple compounds, metabolisation by soil microbes, cycling of nutrients (carbon, hydrogen, nitrogen and oxygen) between the soil (and potentially plant) and microorganism and ultimately microbe led polymerisation of organic compounds such as humic acid and fulvic acid. High salinity causes a slowing or cessation of these processes and ultimately increased organic matter accumulation and reduced plant health. 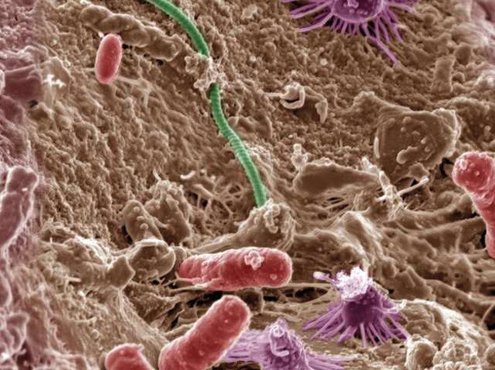 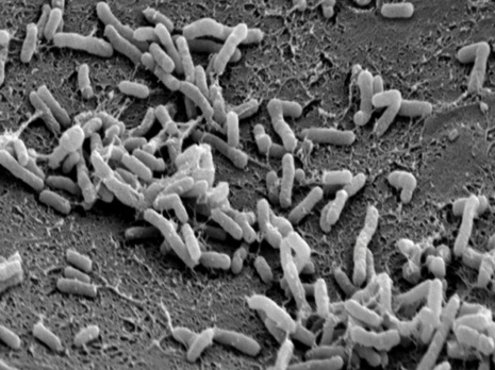 Often, a shift towards bacteria from fungi in soils of increasing salinity is reported. Fungi have been found to be less tolerant of decreasing osmotic potential than bacteria. Effects of low osmotic potential on fungi spore germination and hyphal growth, as well as changes in hyphal morphology and gene expression, have been observed.

It has also been demonstrated that, at low matric potential (water content), the fungal biomass is unable to accumulate osmolytes or other morphological traits to manage low osmotic pressure. Conversely, certain arbuscular mycorrhizal fungi (AMF) has been shown to promote plant growth under saline conditions and confer an element of salinity tolerance. AMF achieve this by enhancing root uptake of water, phosphorus uptake and the production of plant growth hormones.

Where osmotic potential is good, fungi are typically more tolerant of low matric potential than bacteria and better able to cope with drought situations. This is due to reduced mobility and lack of substrate of unicellular bacteria in low moisture situations.

It has also been reported that loam soils (significant in clay and/or organic fraction) have a better capacity to buffer saline conditions. This is due to the higher CEC or greater number of exchange sites able to absorb mineral ions removing them from solution. Sands are better able to leach away salts if irrigation is available, but excessive leaching has been shown to have a negative effect on microbial communities and carbon and nitrogen cycling within the soil.

Clearly, there is potential for salinity to cause issues with microorganisms in the soil. Where we lack clarity at the moment is confirming whether fertiliser inputs can directly cause salinity issues on sports turf in the UK. If you are concerned about inputs, it is worth remembering that some fertilisers have coatings and slow release mechanisms which alter their 'effective' salt index, or you could go down the organic route. 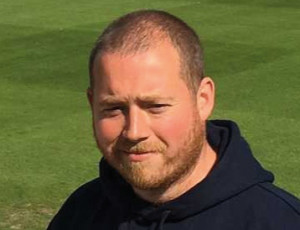 Whatever your preference, it seems sensible to be considerate in your selection of fertiliser and seemingly wise to consider the salt index as a factor within that choice. It's generally accepted that a healthy soil ecosystem is essential to strong and healthy grass growth and a well-structured soil. As such, monitoring inputs of inorganic salts and reducing fluctuations in rootzone salinity seems a good idea. This must be taken in the context of individual site situations where climate, cultural practices, soil constituents, desired grass species and, in some instances, budget are potentially much more critical in management of soil fertility, soil health and microbial populations.

The views expressed in this article are those of the author; Daniel Ratling BSc (Hons.) PCert(TSC)