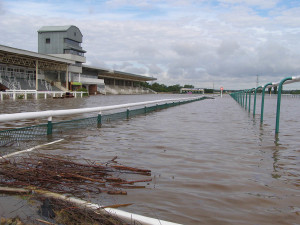 Parts of Britain are at risk of more flooding, as the Met Office forecasts more heavy rain in the coming days.

There are more than 100 flood warnings in England, Scotland and Wales, where immediate action is required.

The Environment Agency has warned that there is a continuing risk of flooding in Dorset, south Wiltshire and parts of the Somerset Levels as saturated ground and swollen rivers struggle to cope.

Areas close to the Thames are also at increased risk.

Rising water levels in Oxford on Tuesday led to Abingdon Road being closed.

Some residents described it as "a river", while Claire Hogan from the Duke of Monmouth pub said water had begun to "lap the doorsteps" of nearby homes.

See the rest of the article on the following link:-BBC