Fynn Valley Golf Club has purchased a fleet of five new Jacobsen mowers, four E-Z-GO RXV golf buggies and a Cushman Truckster XD from Bartram Mowers as part of their continued improvement of the club. 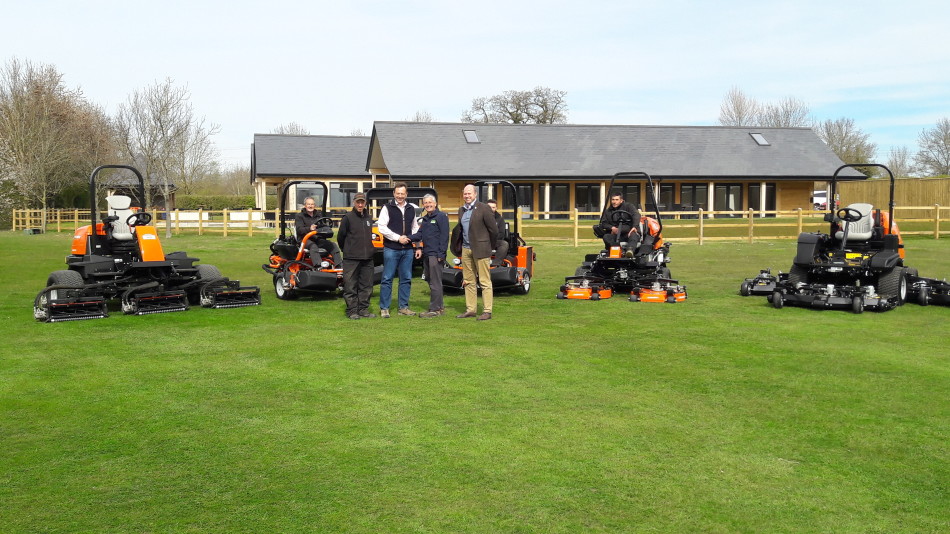 The family owned and run Ipswich based golf club has undergone an ambitious and forward-thinking modernisation process, with their impressive, purpose-built Café Terrace and Club House opening in October 2018.

As part of the improvements, the club brought in Ian Lloyd, a graduate of the Future Turf Managers Initiative, as head greenkeeper. The experience he brings to the role will elevate the course quality with the new range of Jacobsen machines an important part of his plans going forward.

With his new fleet, he has already started seeing the benefits of the AdaptiShift technology on the AR331, the time saved with the unique swing out centre reel on the two GP400's and the ease of movement with the HR500's compact travel width.

"The big thing for us is we've got quite a few steep and sharp mounds, and there are a few ponds that aren't very well positioned and can be difficult for staff to manoeuvre around and that's where the AdaptiShift really helps us," Ian explained.

"I've been using the AR331 for the last couple of days, and it just gives you more confidence that you're going to cut everything because you don't have to put the whole machine out there, you can send the unit out and keep the wheels on solid ground, so it really optimises safety. 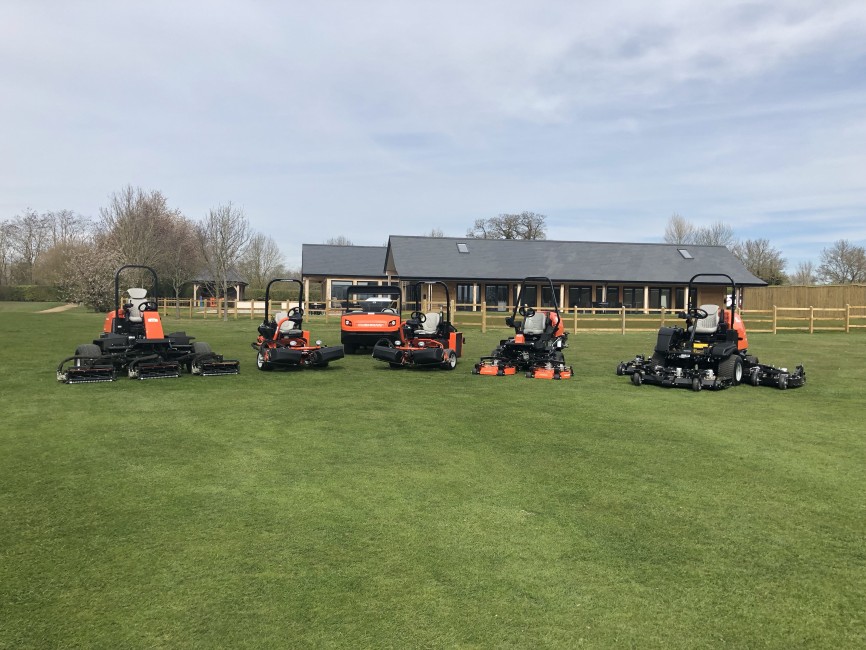 "Being able to do that has saved us time, and the swing out centre reel on the two GP400's is a game changer. No matter what machine you're on the central unit is the most difficult to access in terms of cleaning and if you're trying to adapt something or even just check the height of cut you almost have to be a contortionist to get in there. In the past, we've had people go out and you can see the central unit is off, and that's either because they were put off from doing it properly because it's so difficult or they've tried their best, and it just wasn't the easiest to do.

"With the swing out centre unit there's no excuse anymore, it's just like the front units, and you can get it to an easy position, so it's a lot easier to do the job."

The time Ian and his team have gained from using the new fleet of Jacobsen equipment is invaluable as they aim to continue raising the standards of the course, and the elevated cut performance and machine efficiency will be a large part of that.

Another factor that has helped efficiency away from the machines is the customer service Ian received from Adrian Kersey at Bartram Mowers and William Carr and Robert Hayward at Jacobsen.

Ian explained: "Since being at the club I've built up a strong relationship with Adrian who was the first person I'd call when we needed something for our fleet . Due to our aged inventory, customer service was key and he was always quick to help us when we needed it which was very important for us.

"We also had Jacobsen's help getting out of a few binds last year when we only had one fairway mower. They stepped in which really helped us out and kept our maintenance programme going.

"We needed investment, and thankfully we have it now. We're in a position where everything we're going to be using day to day is brand-new, and it's nice to have that confidence with this Jacobsen fleet."