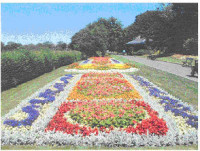 Saltwell Park, Gateshead has won Britain's Best Parks 2005. Managed by Gateshead Council, the park was praised for its high standard of horticulture, wide range of facilities and its place as a centre for community activities.

The prize for winning the competition, donated by the sponsor, petrol engine manufacturer Briggs & Stratton is over £4000 worth of lawn maintenance equipment, plus a commemorative plaque and attendant publicity. The announcement was made 6th September at IOG Saltex exhibition, Windsor.

General manager for Briggs & Stratton, Bryan Peachey said; "The judges were impressed by the commitment of Gateshead Council to its parks and the part they play in the daily lives of its citizens. In particular, Saltwell Park is a safe, attractive and welcoming environment for people of all ages and interests."

Councillor Brian Richmond, ward councillor for High Fell in Gateshead, said: "This award is a fantastic achievement for Gateshead and it's great to have all the hard work of employees and members across the council recognised on a national level. Over the last five years, we have driven a dramatic £10 million restoration scheme to return Saltwell Park to its original Victorian glory. The Peoples Park - as it was once known - now boasts Saltwell Towers, a restored mansion in the heart of the park, a boating lake, a tranquil Dene, a maze and acres of open space, trees, plants and flowers. Visitors and residents of Gateshead now not only have a piece of history right on their doorsteps, but also a beautiful place to meet and relax in the heart of the borough."

They compared entries from hundreds of parks around the country on four basic criteria;

In addition to the overall winner, Britain's Best Parks also recognises excellent entries from each geographical region in the country. The following entries make up our regional finalists: 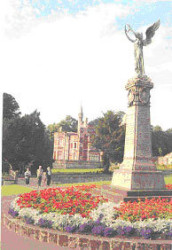