by Football Foundation
in Synthetics and Football
on 20 Oct 2018

talkSPORT presenter and Football Foundation Ambassador, Georgie Bingham, officially opened a third generation (3G) artificial grass pitch (AGP) at Samuel Ryder Academy recently (Friday 12 October). Their new facility was made possible thanks to investment from the Premier League & The FA Facilities Fund, which is delivered by the Football Foundation. 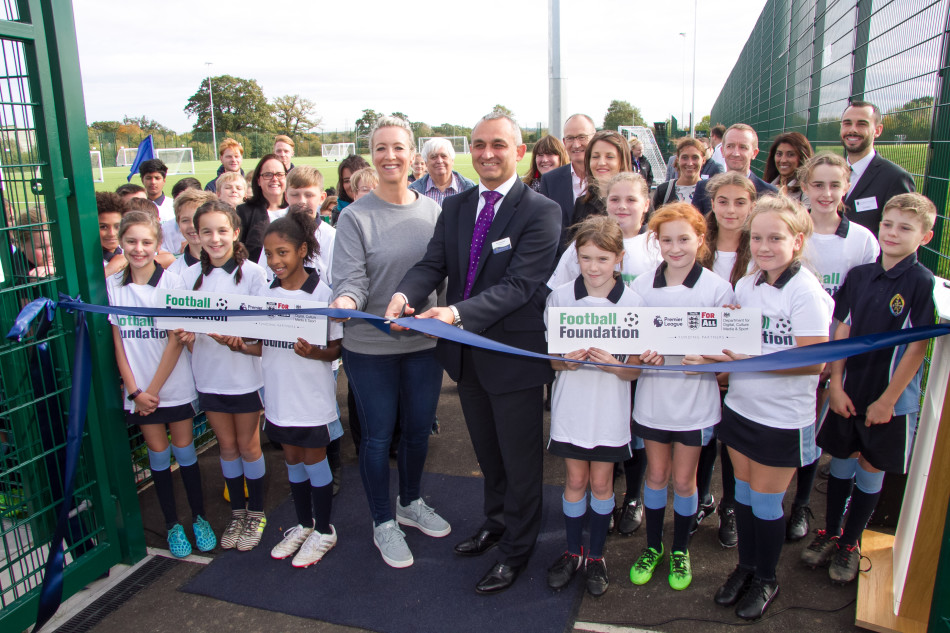 In addition to the pitch being used by the Academy for curricular and extra-curricular activities, St Albans City Youth FC will use the site as a training facility. The club currently operates 86 teams, and the pitch will support it's development to retain players and grow to 94 teams overall, with 40 of those based at Samuel Ryder Academy.

The new all-weather pitch includes markings for 5v5, 7v7, 9v9 and 11v11 football, making it a very versatile addition to the sporting facilities at the Academy. The school is named after Samuel Ryder, who established the Ryder Cup in 1926. Samuel's local golf club was Verulam Golf Club in St Albans, which describes itself as "The Home of The Ryder Cup".

Watford FC Community Sports & Education Trust will use the site to deliver various community schemes as part of a Pro Club link with Samuel Ryder Academy. The club plan to deliver a weekly player development centre as well as week long holiday courses during school breaks.

Strong links between Hertfordshire County FA and Samuel Ryder Academy will see a range of accredited coaching awards delivered on the all-weather pitch, helping to prepare the next generation of coaches and officials.