0 Getting Personal with Andy Smith

Andy Smith - You must make life happen, know what you want, have a plan and be kind on the way! 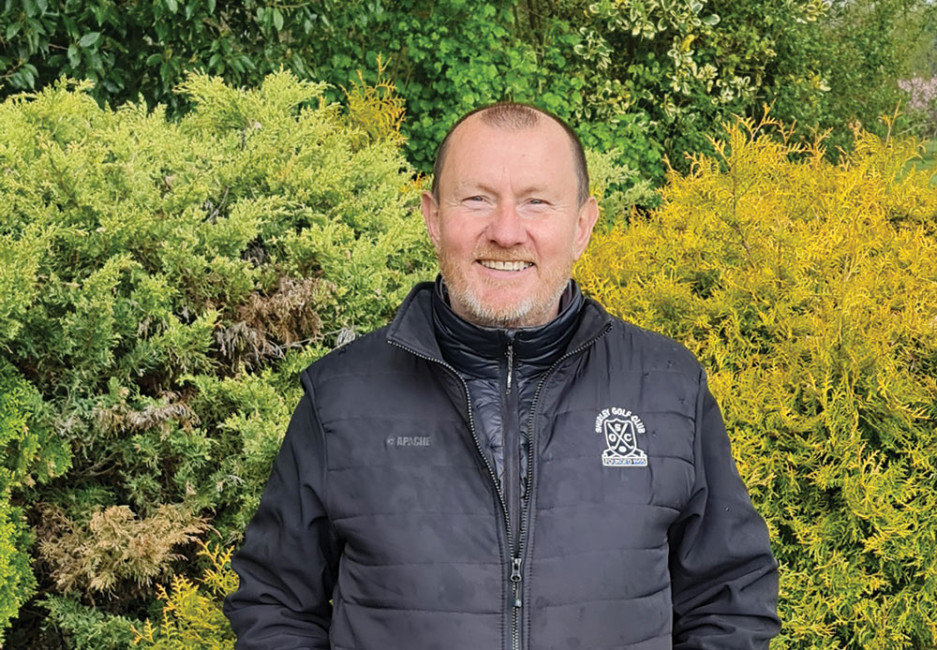 Who are you? Andy Smith. Course Manager at Shirley Golf Club.

Family status. Married for thirty-five years to Melanie. With a son Aarron, daughter Alexandra and granddaughters Scarlett and Annabelle.

Who's your hero and why? Muhammad Ali; 'The Greatest' boxer ever and Trevor Francis; the greatest Birmingham footballer ever.

What's been the highlight of your grounds career so far? My first position as Head Greenkeeper at Lutterworth Golf Club in 1988. They had good members and it was a proud moment.

If your younger self saw you now, what would he think? Well done.

Which famous people wind you up? C list celebrities' who think they are famous!

What job would you love, other than your own? A zookeeper.

What was the most embarrassing moment in your life? Too many ... just as well I don't care.

What is your favourite film? Quadrophenia.

What would your autobiography be called… and who would play you in the film? It could have all been so different. Played by Sid James.

What is your favourite sport? Boxing and football.

What would you cast into Room 101? Cruelty to animals.

Which historical time and place would you most like to visit? 25th October 1415, Agincourt.

Do you have a lifetime ambition? To be World Welter Weight Champion, score the winner for Birmingham in the FA Cup Final and Climb Everest. However, nowadays, it is just to sleep in.

Which three people, living or dead, would you invite to a dinner party? Muhammad Ali, David Bowie and Marilyn Monroe.

What's the best advice you have ever been given? Keep your guard up and win over your enemies - harder said than done, but worth it.

What scares you? The Labour party.

Which three albums would you take to a desert island? Best of Bowie, Best of Elvis and Best of The Who.

What's the daftest work-related question you have ever been asked? After forty-two years of greenkeeping, I still get asked if I'm doing basic set up jobs for competitions!

What three words would you use to describe yourself? Loyal, determined and a family man.

What is the single most useful thing you could tell a 16-year-old greenkeeper? Ask questions - it shows you are interested and people like to impart knowledge. You must make life happen, know what you want, have a plan and be kind on the way.

What talent would you like to have? To be able to sing.

What law/legislation would you like to see introduced? I would make it Illegal to judge and preach on subjects you know nothing about. Fortunately, I am always right.