0 Getting Personal with Billy Quarmby

Billy Quarmby - he hates the dark, but loves The Greatest Showman! 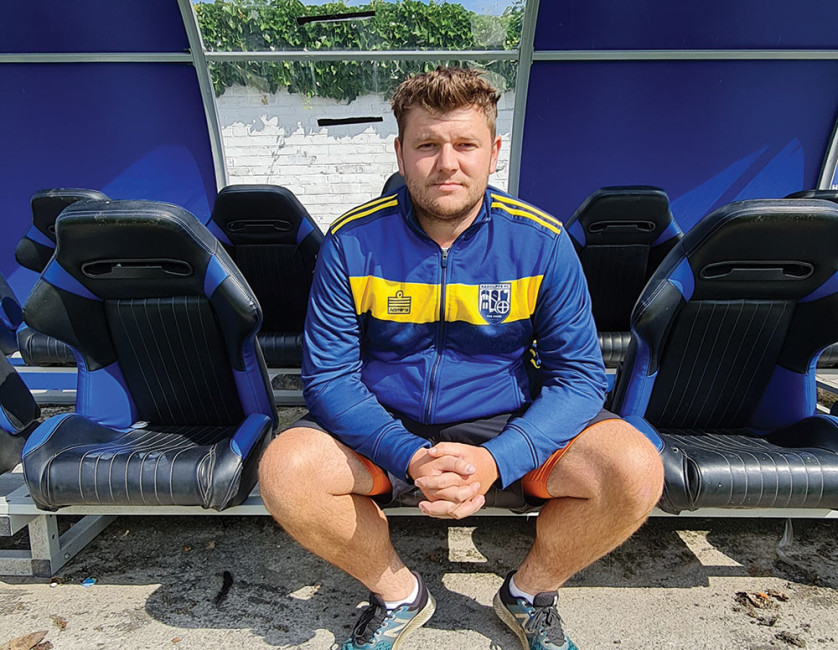 Who are you? Billy Rhys Quarmby - twenty-eight years of age from Royton, Oldham.

What's been the highlight of your grounds career so far? I would say being nominated in the League One top 3 pitches as Deputy under Lee Williams.

If your younger self saw you now, what would he think? He settled down and finally knows what he wants.

Which famous people wind you up? I'm not a great lover of politics, but I wouldn't trust any politician.

What job would you love, other than your own? I'd have to say a yacht captain. I love the thought of travelling the world on a luxury yacht ... I nearly bought a boat until Leonna found out!

What was the most embarrassing moment in your life? The night before a charity football match in Evesham. I was on the dance floor when my left knee decided it would like to fold like a deck chair on me, causing me to have an impartial tear of the ACL and a grade 3 tear on my MCL. Safe to say, I was in all sorts of mess on the floor, but a few shots and a few beers helped me continue my night.

What is your favourite film? The Greatest Showman.

What scares you? The dark!

What would your autobiography be called… and who would play you in the film? Jack of all Trades, played by Danny Devito.

Which historical time and place would you most like to visit? D-Day Landings - WWII.

Do you have a lifetime ambition? To go to Nashville.

Which three people, living or dead, would you invite to a dinner party? Sir Alex Ferguson, Billy Connolly and Luke Combs.

What's the best advice you have ever been given? If you're going to do something, do it right.

What's your favourite smell? When you land in a hot country, the heat and smell hit you get when you walk off the plane.

Which three albums would you take to a desert island? Luke Combs - What You See Is What You Get. Morgan Wallen - Dangerous and Blake Shelton - Texoma Shore.

What's the daftest work-related question you have ever been asked? Is it different coloured seed you put down to make the patterns?

What's your favourite piece of kit? The Dennis G860.

What three words would you use to describe yourself? Funny, proud and sarcastic.

What is the single most useful thing you could tell a 16-year-old groundsperson? Work hard at it and you will have a promising career.

What talent would you like to have? Maths - I would love to be able to calculate at an incredible speed.

What law/legislation would you like to see introduced? I would like there to be more strict protocols on match day warm-ups and cooldowns.