0 Getting Personal with Daniel Scanlon

Daniel Scanlon - I'm sure everyone will agree that I'm pretty awesome. I'll be getting plenty of texts about this! 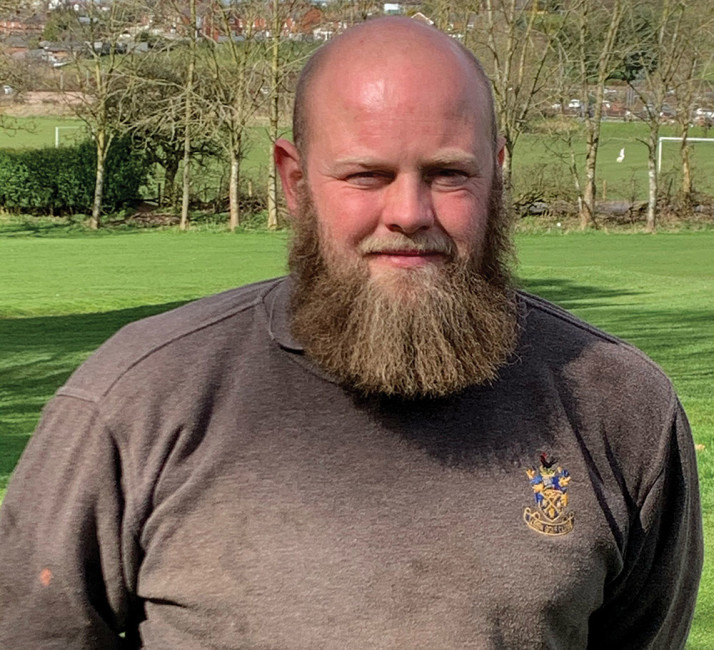 Who are you? Daniel Scanlon - Head Greenkeeper at Leek Golf Club.

Who's your hero, and why? Mike Goodhind. He gave me my first job and put up with my antics for ten years. He also scored 177 not out in a game of cricket.

What's been the highlight of your grounds career so far? Probably the last ten months.

If your younger self saw you now, what would he think? He would probably wonder what happened to all that hair I used to have. Other than that, I reckon he would be pretty damn happy.

Which famous people wind you up? It would be easier to tell you the ones that don't!

What job would you love, other than your own? A musician.

What was the most embarrassing moment in your life? Probably reading this when it's published.

What is your favourite film? Bad Boys one and two.

What is your favourite sport? Football and I'm a Manchester United fan.

What would you cast into Room 101? Influencers - how is that even a job?

Do you have a lifetime ambition? Form a band and play on the main stage at Download Festival (which is never going to happen!).

What's your favourite piece of trivia? I only found out recently that only twenty-eight miles separate Russia and Japan.

Which three people, living or dead, would you invite to a dinner party? Chester Bennington, Corey Taylor and Ivan Moody.

What's the best advice you have ever been given? I always used to get told to save money by the older lads I used to work with ... how I wished I had listened.

Which three albums would you take to a desert island? Linkin Park; Hybrid Theory, something by Volbeat and Three Day Grace.

What's the daftest work-related question you have ever been asked? The have you cut the greens today question ... even though you've just been cutting the green they are playing on.

What three words would you use to describe yourself? Hard working, approachable and genuine.

What is the single most useful thing you could tell a 16-year-old greenkeeper? Work hard, be patient and listen. It'll be worth it!

What talent would you like to have? I would love to be musically talented.