0 Getting Personal with Danny Millar

Danny Millar - he wishes he was a joker 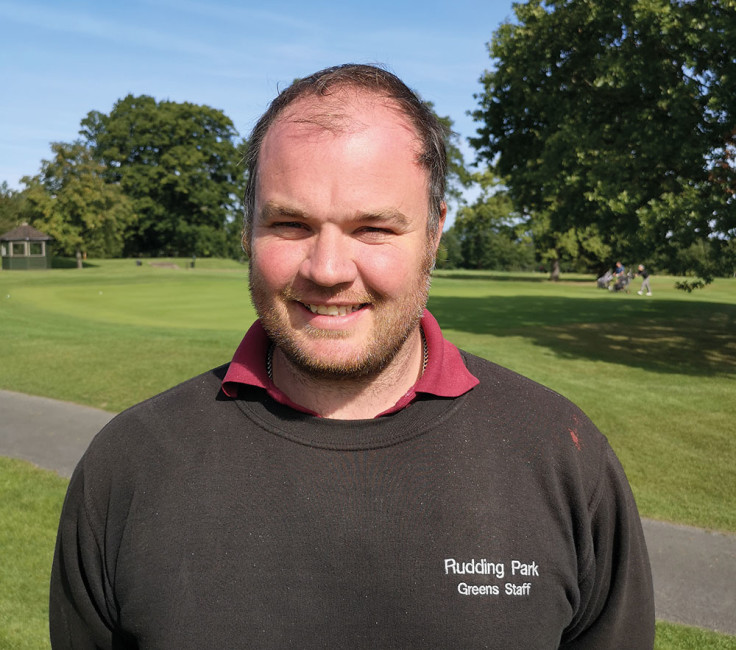 Who are you? Danny Millar, Deputy Head Greenkeeper at Rudding Park Golf Club.

Who's your hero and why? David Jason - he's just a comedy genius and we all need to laugh!

What's been the highlight of your grounds career so far? Seeing the young lads who have trained with us become head greenkeepers at other courses.

If your younger self saw you now, what would they think? Stop being so serious.

Which famous people wind you up? Any politician - because they're all full of lies.

What job would you love, other than your own? A comedian. I would love that natural ability to make people laugh.

What was the most embarrassing moment in your life? Walking into a glass door when trying to impress a girl on holiday when I was about fifteen.

Brexit or Remain? I'm really not bothered about it anymore. They've moved the goalposts too many times to really care.

What is your favourite film? Law Abiding Citizen.

What would your autobiography be called… and who would play you in the film? Myself, me and I. And I would play me!

What is your favourite sport? Cricket and darts.

What would you cast into Room 101? On a serious note, war and poverty. On a personal lighter note, people who don't indicate or say please and thank you.

Which historical time and place would you most like to visit? When God created Adam and Eve. There were far less people and things to be angry with.

Do you have a lifetime ambition? Just to see my children be successful in anything they do.

Which three people, living or dead, would you invite to a dinner party? David Jason, Jeremy Clarkson and Lee Evans.

Which three albums would you take to a desert island? Not all that hot on music, so just anything that I can actually hear the words to.

What's the daftest work-related question you have ever been asked? Not to me personally, but one of the lads got asked which part warmed up on our turf iron …

What's your favourite piece of kit? Probably our mini digger. You look at any hole and it has made an impact somewhere ... be it drainage, removing tree stumps or a bunker. It has made the hole better at some point.

What three words would you use to describe yourself? Caring, loyal and reliable.

What is the single most useful thing you could tell a 16-year-old groundsperson/greenkeeper? Save as much money as you can.

What talent would you like to have? To be able to speak in different languages.

What law/legislation would you like to see introduced? Eye for an eye, life for a life. We are too soft in this country.