0 Getting Personal with Danny Patten

Dan Patten - I really want to know what his most embarrassing moment is! 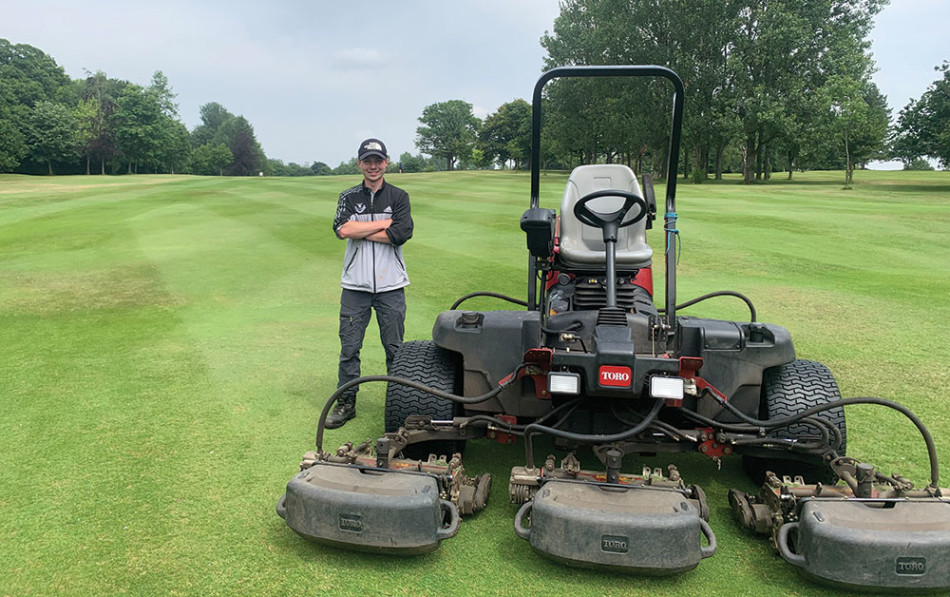 Who are you? Danny Patten, Course Manager at Huyton and Prescot Golf Club.

Who's your hero and why? Rocky Balboa - he is inspirational.

What's been the highlight of your grounds career so far? Becoming a course manager at the age of twenty-three.

If your younger self saw you now, what would he think? You have done well for yourself!

Which famous people wind you up? Reality TV 'Stars' - all idiots.

What job would you love, other than your own? Professional motorbike rider.

What was the most embarrassing moment in your life? That's for me to know and for you to find out!

What is your favourite film? The Wolf of Wall Street.

What scares you? Spiders, they knock me sick!

What three words would you use to describe yourself? Regimented, confident and tired.

Which historical time and place would you most like to visit? The Beatles Live from Shea Stadium, August 15th 1965.

What's your favourite smell? An aftershave made by Killian called Love Don't Be Shy.

Do you have a lifetime ambition? To be happy and successful.

Which three people, living or dead, would you invite to a dinner party? Winston Churchill, John Lennon and Jurgen Klopp (Y.N.W.A).

What would your autobiography be called… and who would play you in the film? My Story - Taron Egerton.

What's the best advice you have ever been given? Nothing gets handed to you in this world ... if you want it, you need to work hard to get it.

Which three albums would you take to a desert island? The Eagles - Live from the Forum MMXVIII, Oasis - Stop The Clocks and Fleetwood Mac - Rumours.

What's the daftest work-related question you have ever been asked? There is no such thing as a stupid question.

What's your favourite piece of kit? Toro Outcross with a 1298 ProCore attached.

What is the single most useful thing you could tell a 16-year-old greenkeeper? Ask questions, there is no such thing as a stupid question.

What law/legislation would you like to see introduced? I would like to see the government support school leavers who want to go straight into a job and increase their wages. Some employees start you on a disgraceful salary and the government should be supporting these low wages by giving them a liveable wage.