0 Getting Personal with Dave Balmer 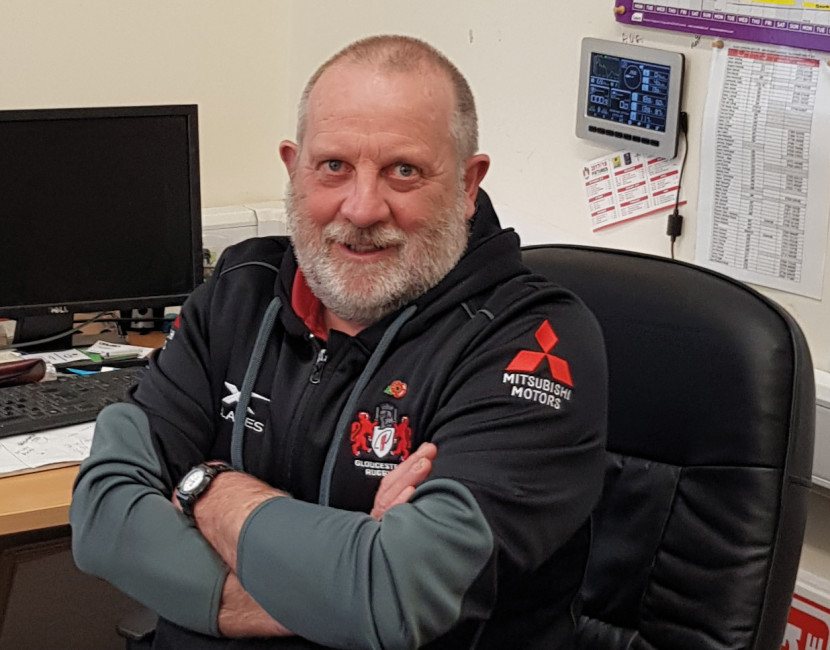 Who are you? Dave Balmer, Stadium Manager at the Kingsholm, home of Gloucester Rugby.

Who's your hero? As you get older, you maybe understand more about life and lose them. It may once have been Bobby Charlton.

What would you change about yourself? Three stone.

What's been the highlight of your grounds career so far? Hosting Rugby World Cup games.

What are your pet peeves? Again, you lose them. But, maybe it used to be team runs on the pitch.

If you could go anywhere right now, where would it be? New Zealand (Christchurch).

What's the best part of your job? Results.

… and the worst? Unpredictability.

Do you have a lifetime ambition? To live as long as possible.

Favourite record? Dark Side of the Moon by Pink Floyd.

Who would you choose to spend a romantic evening with? Kirsty Allsopp - good conversation.

If you won the lottery, what is the first thing you would do? Get a Desso Grassmaster.

Which three people, living or dead, would you invite to a dinner party? Eric Bristow, who I met briefly, Barack Obama and Dennis Lillee.

If you could be anyone for a day, who would it be and why? An astronaut on a space station.

Do you have any bad habits? I'm getting forgetful.

Do you read (and what)? I tend to get bored after three or four chapters.

What's the best advice you have ever been given? "Stay quiet and be thoughtful, instead of opening your mouth to be found a fool."

What do you do in your spare time? Visit grandchildren and parents.

What's the daftest work-related question you have ever been asked? [As a lorry went past]. "Why do they put rolls of grass on lorries?" I told her that posh people have their grass sent away to be cut. And she believed me.

What three words would you use to describe yourself? Glad I'm alive.

What law/legislation would you like to see introduced? I'd have better-controlled team warm-ups like they have in Premier League football.