by Editor
in People and General Interest
on 29 Jun 2020

0 Getting Personal with Dave Saltman

Dave Saltman - do not accept an invitation to one of his dinner parties! 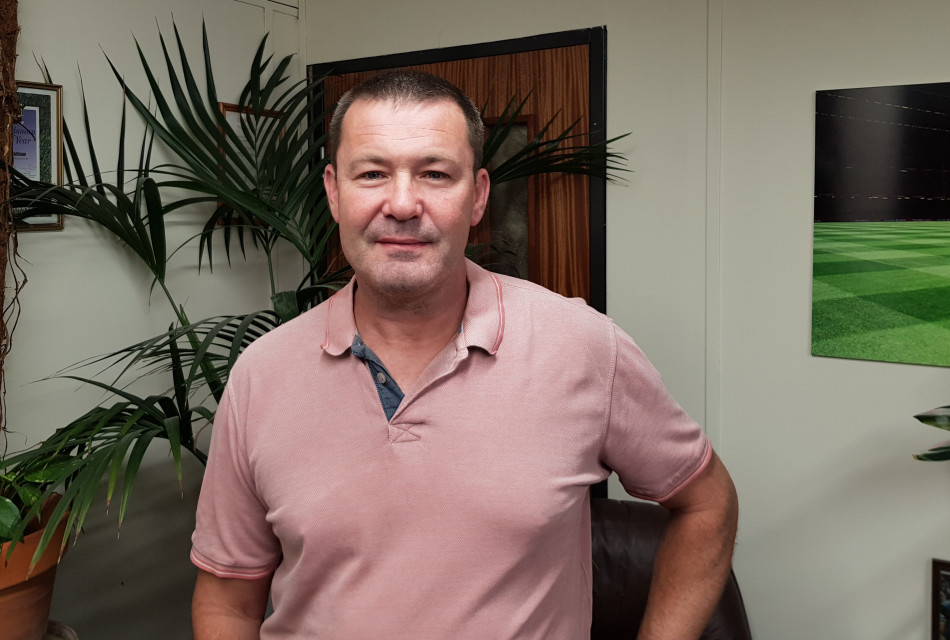 Who are you? Dave Saltman, at least I was last time I looked in the mirror.

Family status? Married with three children - but that may have changed before we come out of the Coronavirus Lockdown!

Who's your hero and why? None as such. I hold all pioneers in high esteem, but have always held myself as directly accountable for my actions, there's no one else to blame.

What's been the highlight of your career so far? There have been numerous milestones and highlights, both socially and through work, but being responsible for the team of people that grew Pitchcare from an idea to a vibrant mid-sized company of around eighty full time staff was no mean feat. Particularly when it meant finding a quarter of a million pounds every month to pay all the running costs before a blade of grass got cut.

If your younger self saw you now, what would they think? What a fat slob. Seriously, I have always been driven by success and to realise so many of my dreams; I would say that all that hard work and determination has paid off and got me where I always desired to be ... a fat slob!

Which famous people wind you up? There's quite a few I suppose, but currently Greta 'bloody' Thunberg.

What job would you love, other than your own? How could anything come close to a life of landscaping and groundsmanship, outdoor vocations of physical fun. If not, I did really enjoy the banter when being a fruit and veg seller at Kingston Market for a few weeks in my teens.

What was the most embarrassing moment in your life? I don't get embarrassed easily, so probably meeting the parents of a girlfriend I was seeing when I was fifteen!

What is your favourite film? Blimey, depends on genre, any from the following: Gladiator, 28 Days Later, 12 Angry Men, The Blues Brothers, Predator.

What scares you? Still spiders, even at 53, I can't get happily comfortable with them!

What would your autobiography be called… and who would play you in the film? A pain in the grass ... Patrick Swayze would have been my first choice

What is your favourite sport? None now, after a life full of mostly football (playing, watching and working within it), if I never saw another sporting event, it would be absolutely fine by me.

Which historical time and place would you most like to visit? The second world war has fascinated me more than anything else in history, but specifically I would visit the concentration camps such as Auschwitz, if there was any opportunity to have stopped what went on.

What would you cast into Room 101? Time wasters.

Do you have a lifetime ambition? As some will tell you, it has always been global domination ????

Which three people, living or dead, would you invite to a dinner party? Adolf Hitler, Pol Pot and Idi Amin. I would like to have some conversational mischief with them, before announcing I'd poisoned their meals.

What's the best advice you have ever been given? The two that I follow are; 'If you don't succeed, try and try again' and Norman Tebbit's famous misquote, of 'get on your bike and find work'.

What's your favourite piece of trivia? I really try not to remember trivia, because that's exactly what it is.

What's your favourite smell? As corny as it is, the first cut grass of the season, but I miss Creosote!

Which three albums would you take to a desert island? The Wall - Pink Floyd, The Lamb Lies Down on Broadway - Genesis, Requiem - Mozart.

What's the daftest work-related question you have ever been asked? Will the mower cut shorter if I let the air out of the tyres (fairway mower).

What's your favourite piece of kit? A broom - without one, everywhere would look a disaster and make me look like one too!

What three words would you use to describe yourself? Confident, humorous, committed.

What is the single most useful thing you could tell a 16-year-old groundsperson or greenkeeper? Get yourself on Pitchcare and start understanding what the profession is all about; everything you need to learn is on there somewhere.

What talent would you like to have? I would love to be able to sing like Freddie Mercury, what an amazing voice he had.

What law/legislation would you like to see introduced? The re-introduction of two years military service for all school leavers. Give them a real sense of respect for authority, discipline, health improvement and working ethic.