0 Getting Personal with David Roberts

David Roberts - I challenge you not to smile at the daftest question! 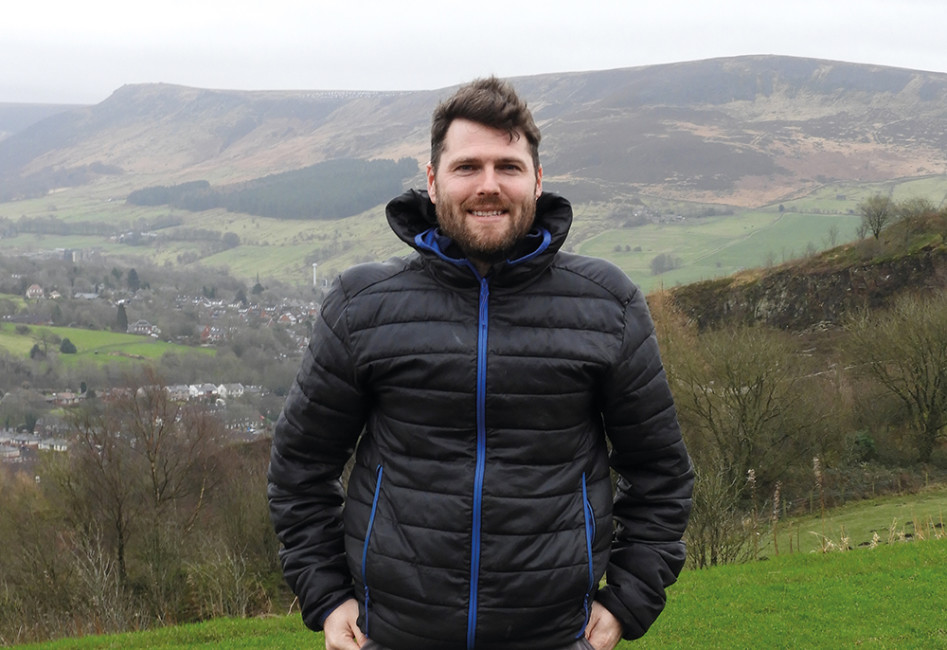 Who are you? David Roberts. Head Greenkeeper at Saddleworth Golf Club.

Family status. Long term relationship with my girlfriend Jacqui and we live with her two girls and our puppy Ted.

Who's your hero and why? A guy called Cec Wright who I play cricket with. He is still playing the game and bowling at age eighty and is the nicest bloke you will ever meet.

What's been the highlight of your grounds career so far? Gaining my FdSc in Sportsturf last year was amazing. Also, working the Open in 2017 and PGA at Wentworth the same year with STRI on the agronomy team.

If your younger self saw you now, what would he think? I would think he would be pretty happy at seeing all I have done since he was a spotty teenager. I've been in the Army, seen the world, played cricket in Australia for two winters and gained a good career.

Which famous people wind you up? Any footballer who complains about the amount of football they have to play, whilst getting paid £150,000 a week.

What was the most embarrassing moment in your life? I used to work a milk round when I was in secondary school and had to get up really early each day. One day at school, I was so tired and fell asleep in class. I woke up to everyone with standing round me watching me snore. That's the cleanest story I have anyway.

Brexit or Remain? I didn't vote and don't vote so for me it doesn't matter.

What is your favourite film? Shawshank Redemption is just a class movie. I can watch it over and over again.

What scares you? Spiders. No matter how long I stayed in Australia, I still checked the toilet every time before sitting on it.

What would your autobiography be called… and who would play you in the film? It would be called 'Always falling on your feet' as I seem to do as I go through life. He would have to come back from the dead, but people used to say I looked like Christopher Reeve.

What is your favourite sport? Cricket. It's taken me across the world, I've made some great mates and I actually used to be pretty good at it.

What would you cast into Room 101? Pitchmarks on greens. Makes my blood boil when they are not repaired.

Do you have a lifetime ambition? I have already done a few. The next one is to be a course manager of a top 100 golf course in the world, maybe not in the UK though, the weather is getting terrible.

Which three people, living or dead, would you invite to a dinner party? Loving history, it would be amazing to get two people together who lead armies - so you could get both sides of the argument. So, let's go for Bonaparte and Wellington. Probably need some light relief after all that, so a comedian like Robin Williams.

What's your favourite piece of trivia? In his first year at Harrow, Winston Churchill was bottom academically of the whole school. Just goes to show what can be achieved after a bad start.

What's the daftest work-related question you have ever been asked? When we were having problems reducing the height of cut on a machine, the apprentice asked if we could just let air out of the tyres and that would get it to cut shorter.

What's your favourite piece of kit? The Verti-Drain. It gets a lot of use in the North West of England and does an amazing job.

What three words would you use to describe yourself? Lucky, intelligent and moody.

What is the single most useful thing you could tell a 16-year-old groundsperson/greenkeeper? Start your education early and look for any opportunities to gain knowledge and pick up new skills.

What talent would you like to have? I would love to have had more talent at cricket and do that full time.

What law/legislation would you like to see introduced? If politicians don't start to put into law what they claim in their manifestos within two years, they get chucked out.