0 Getting Personal with Duncan Campbell

Duncan Campbell - somewhat understandably, not a fan of rain! 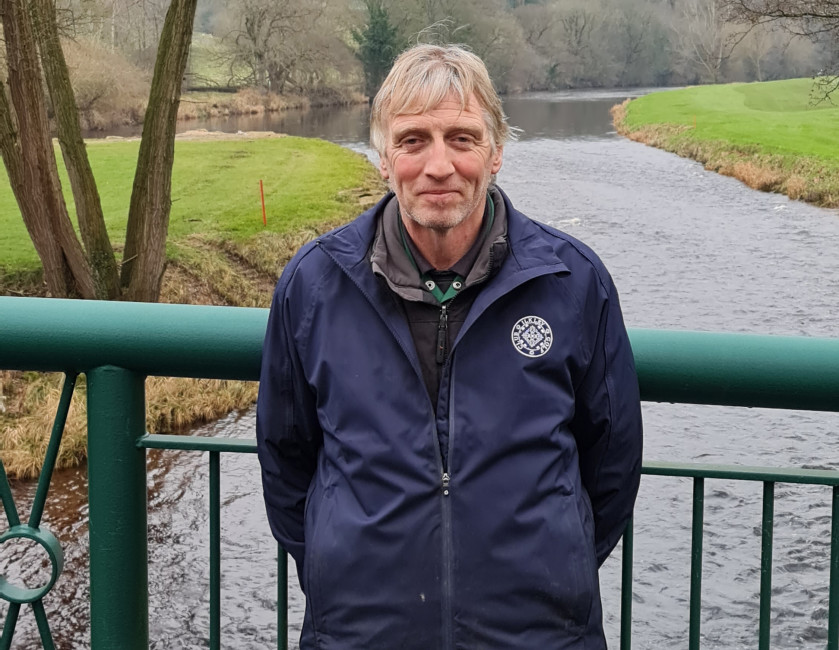 Who are you? Duncan Campbell, Head Greenkeeper at Ilkley Golf Club.

Who's your hero, and why? My father. He taught me right from wrong.

What's been the highlight of your grounds career so far? Hosting the Northern Counties Ladies Final.

If your younger self saw you now, what would they think? He would be proud of my achievements.

Which famous people wind you up? Boris Johnson.

What job would you love, other than your own? Farming.

What was the most embarrassing moment in your life? Pass!

What is your favourite film? Smokey and the Bandit.

What scares you? Snakes.

What would your autobiography be called… and who would play you in the film? 'It be reyt' … Sean Bean.

What is your favourite sport? Rugby.

What would you cast into Room 101? Rain!

Which historical time and place would you most like to visit? Back to the 60s.

Do you have a lifetime ambition? To live long enough to draw my pension.

Which three people, living or dead, would you invite to a dinner party? Peter Kay, Paddy McGuinness and Tiger Woods.

What's the best advice you have ever been given? Be confident in yourself.

What's your favourite piece of trivia? A bolt of lightning contains enough energy to toast 100,000 slices of bread.

Which three albums would you take to a desert island? Status Quo, Elton John and Rod Stewart.

What's the daftest work-related question you have ever been asked? Is the course open? (When the course is totally flooded!)

How would you describe yourself? Laid-back and honest.

What is the single most useful thing you could tell a 16-year-old greenkeeper? It's a good life, but you will never get rich.

What talent would you like to have? To play piano.