0 Getting Personal with Gary McKie

Gary McKie - a lot of things scare him ... and he's not overly fond of hay fever or Katie Hopkins either! 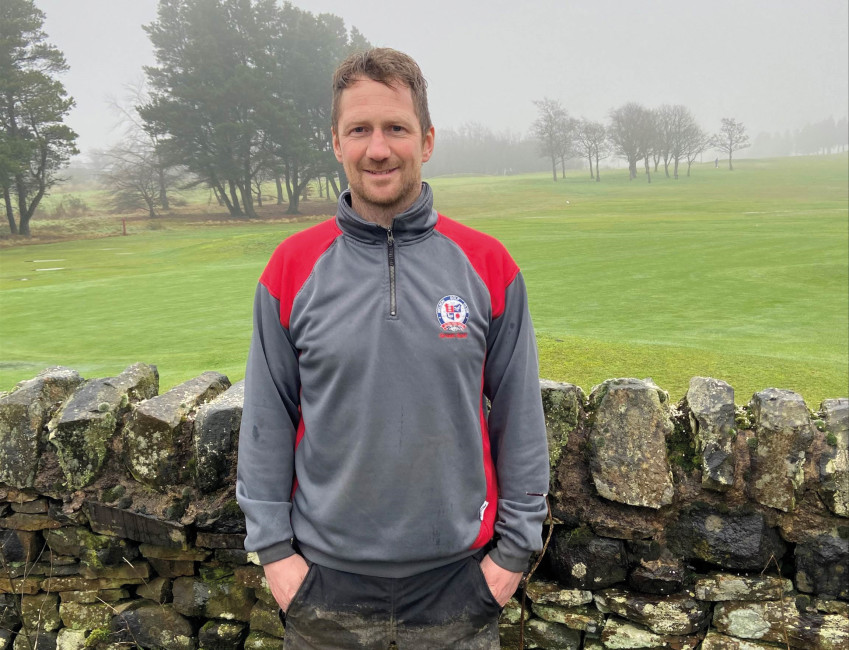 Who are you? Gary Mckie, Head Greenkeeper at Nelson Golf Club.

Family status? Married to Adrienne with two daughters Eadie who's four and Annie one.

Who's your hero, and why? My grandad, he's my male role model and someone I said I would love and be happy to be like.

What's been the highlight of your career so far? Probably working at Royal Lytham with Paul and his team for the 2012 Open Championship, where I met some great people, and it was a great experience. Then becoming Head Greenkeeper here at Nelson.

If your younger self saw you now, what would they think? I think I'd be very happy and proud of where the path has led me, both in my career and my personal life.

Which famous people wind you up? None really, I don't let them bother me. However, if I've to say one, it would be Katie Hopkins. She's not very nice at times, saying some nasty personal things to people, just to be heard and be famous for no reason at people's expense.

What job would you love, other than your own? Definitely a pro footballer or a pro golfer, either I would love, I'm not fussy!

What was the most embarrassing moment in your life? When myself and my wife were ready, packed for the airport for our holiday and she realised I'd booked the wrong month! Probably wasn't my best moment.

What is your favourite film? Man on Fire.

What scares you? Don't love heights, snakes, rats or fish. But losing someone really close is my greatest fear.

What is your favourite sport? Golf and football, can't choose between them.

Which historical time and place would you most like to visit? The World Cup final at Wembley in 1966.

Do you have a lifetime ambition? Nothing specific but to do the best I personally can and, most importantly, enjoy it.

What would you cast into Room 101? Hay fever, it's pointless!

Which three people, living or dead, would you invite to a dinner party? Denzel Washington, Gazza in his heyday and Elvis.

What's the best advice you have ever been given? Enjoy yourself, and what you're doing at work, you spend a large percentage of your life there.

What's your favourite piece of trivia? Which club did Alan Shearer (one of the best Premier League strikers ever) win his only piece of silverware? Blackburn Rovers - the Premier League title.

What's your favourite smell? At work when we're spraying iron and seaweed mix ... and being on the beach on holiday.

Which three albums would you take to a desert island? Morning Glory by Oasis, Favourite Worst Nightmare by Arctic Monkeys, and I'm currently liking Erratic Cinematic by Gerry Cinnamon.

What's the daftest work-related question you have ever been asked? Richard at work asks me one at least once each day, so too many to say.

What's your favourite piece of kit? I do like the Toro ProCore, plus the GKB dresser we have is a great piece of kit.

What three words would you use to describe yourself? I hate these questions. Easygoing, hardworking and happy.

What is the single most useful thing you could tell a 16-year-old greenkeeper? Enjoy what you're doing, it's not a job you will make lots of money doing but it's one that can be very rewarding and one you can take a lot of pride in what you do. Plus, you can only do your best.