0 Getting Personal with Geoff Thorpe

Geoff Thorpe - how many of you follow the same piece of advice? 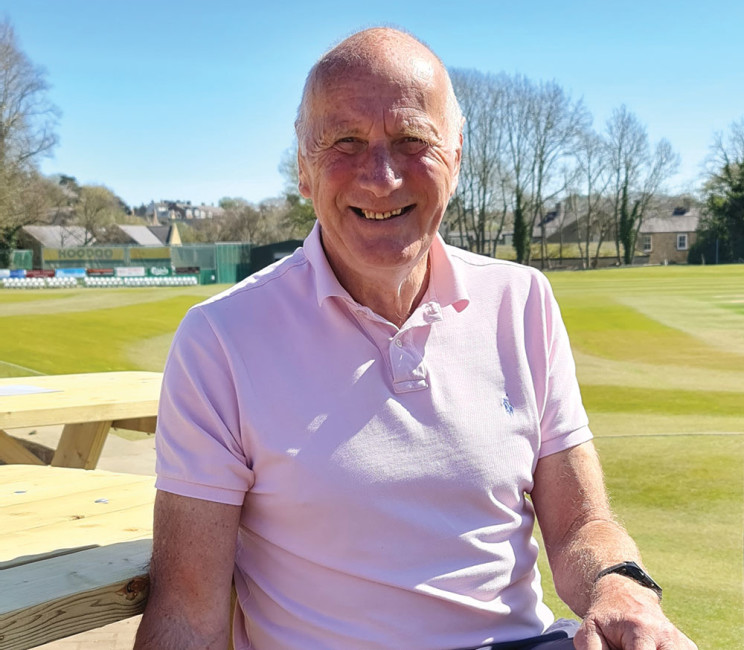 Who are you? Geoff Thorpe, Groundsman at Richmondshire Cricket Club.

Family status. Single - my wife passed away three years ago.

Who's your hero and why? My late wife for tolerating me as a groundsman and then through my illness, but also the way she dealt with her own illness.

What's been the highlight of your grounds career so far? Hosting Durham 2nd XI games.

If your younger self saw you now, what would they think? Silly old bugger.

Which famous people wind you up? Reality celebrities.

What job would you love, other than your own? If I was younger and fitter, to work at any County Ground.

What's your favourite smell? First cut of grass in spring.

What is your favourite film? The Great Escape.

What scares you? Claustrophobia - anyone who has had an old-style MRI scan will know what I mean.

What would your autobiography be called… and who would play you in the film? A Long Journey. I know he died recently but Sean Connery.

What is your favourite sport? Cricket and BRISCA F1 stockcars. I used to be involved with a local driver many moons ago.

What would you cast into Room 101? Cancer.

Which historical time and place would you most like to visit? 1930's - it always looks so idyllic.

Do you have a lifetime ambition? To have a comfortable life.

Which three people, living or dead, would you invite to a dinner party? Peter Kay, Billy Connolly and Parkinson... to keep them in order.

What's the best advice you have ever been given? It came from Keith Boyce at one of the first seminars I attended. When the coach, manager or captain asks you to prepare a certain type of wicket always nod in agreement then go away and do your own thing.

What's your favourite piece of trivia? The longest horserace in the flat season is The Grand National.

What was the most embarrassing moment in your life? Too many to mention.

Which three albums would you take to a desert island? Any by Dire Straits and Simply Red.

What's the daftest work-related question you have ever been asked? After heavy rain and ground stood in water... Why aren't the drains working?

What three words would you use to describe yourself? Honest, hardworking and grumpy.

What is the single most useful thing you could tell a 16-year-old groundsperson? You will never stop learning.

What talent would you like to have? To be musical.

What law/legislation would you like to see introduced? Not to be introduced, but act on the laws we already have - especially when dealing with vandals and the like.