0 Getting Personal with Graham Kitley

Graham Kitley - his best advice is something we should all remember! 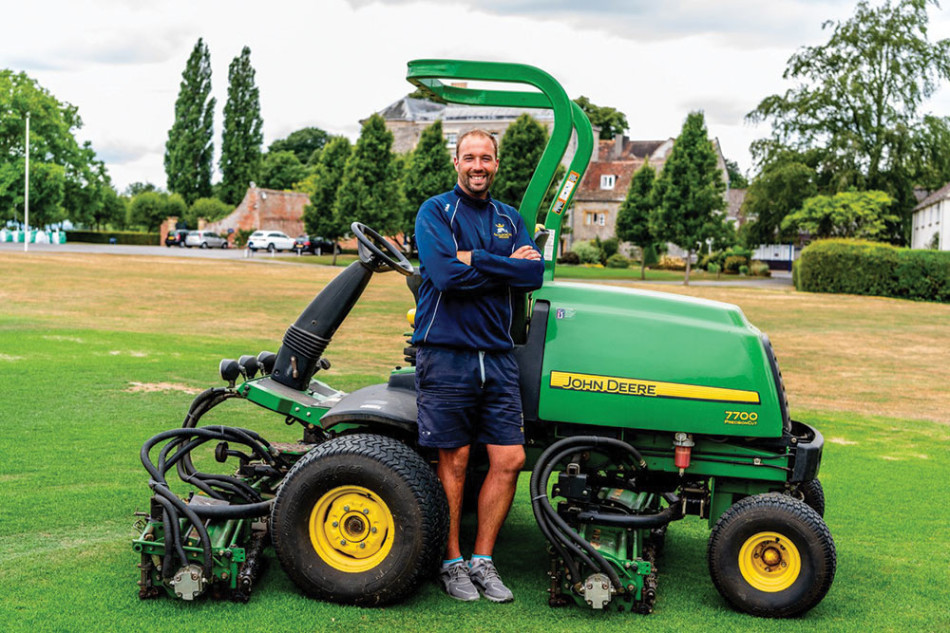 Who are you? Graham Kitley - Head of Grounds at Hazlegrove Preparatory School.

Who's your hero and why? Peter Schmeichel. I am a massive United fan, and growing up, he was simply the best.

What's been the highlight of your grounds career so far? Working at Hazlegrove and matchday grounds staff at Bournemouth for a couple of Premier League games.

If your younger self saw you now, what would he think? Most probably; wow, you are bald.

Which famous people wind you up? Jamie Carragher, Graeme Souness and Phil Thompson.

What job would you love, other than your own? I actually don't think I would want to do another job. Although, I guess being part of the grounds team at the SCG would be something special.

What was the most embarrassing moment in your life? I have had a few, but being a drunk teenager and having your dad come pick you up was not great for the street cred.

What is your favourite film? That's a tough one; either Forrest Gump or Top Gun.

What scares you? Snakes and rats.

What would your autobiography be called… and who would play you in the film? Butterfingers with Jason Statham.

What is your favourite sport? Football and cricket equally.

What would you cast into Room 101? Liverpool FC ha-ha.

Which historical time and place would you most like to visit? Titanic setting sail from Southampton docks.

Do you have a lifetime ambition? To see more places around the world such as Africa, America and New Zealand.

Which three people, living or dead, would you invite to a dinner party? Sir Alex Ferguson, the Queen and Winston Churchill.

What's the best advice you have ever been given? Never write an email reply in anger ... once it's sent, that's it!

Which three albums would you take to a desert island? Phil Collins, Oasis and The 1975.

What's the daftest work-related question you have ever been asked? Is that grass real? ... whilst I was stood with a mower.

What's your favourite piece of kit? The Allett C34E.

What three words would you use to describe yourself? Passionate, loyal and sporty.

What is the single most useful thing you could tell a 16-year-old groundsperson? To work hard, ask as many questions as you can and to take as much training as you can get.

What talent would you like to have? To be a bit more academically able ha-ha.

What law/legislation would you like to see introduced? Not sure on that one, but probably something to do with how to get younger people involved in a grounds career.