0 Getting Personal with Ian Cooper

Ian Cooper - he loves football and boxing ... but not Liverpool FC! 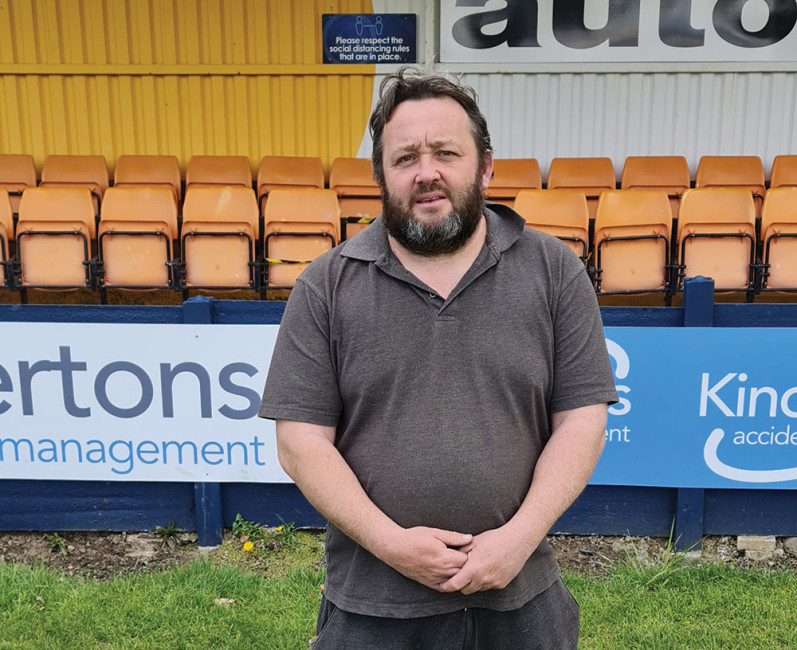 Who are you? Ian Cooper, forty-seven from Stoke on Trent. Vice Chairman and groundsman at Kidsgrove Athletic FC ... and pub owner.

Who's your hero and why? When he was alive, my dad was hard-working and straight talking, even though I would cringe at what he said sometimes.

What's been the highlight of your grounds career so far? Getting to the Nationals at St. George's Park for work on a council-run pitch - with zero budget.

If your younger self saw you now, what would he think? OMG ... when did you eat yourself?

Which famous people wind you up? Graeme Souness. In fact, any ex Liverpool player who is a pundit.

What job would you love, other than your own? CEO or owner of a Premier League Football Club.

What is your favourite film? Shawshank Redemption.

What scares you? Snakes fascinate me, but scare me at the same time.

What would your autobiography be called… and who would play you in the film? Non-league Nibbles with Jonny Vegas.

What is your favourite sport? Football, but I love watching boxing.

What would you cast into Room 101? Liverpool FC.

Which historical time and place would you most like to visit? The 1966 World Cup Final.

Do you have a lifetime ambition? Not really - just be happy and enjoy life. Life is too short, so enjoy it!

Which three people, living or dead, would you invite to a dinner party? Roy Keane, Alex Ferguson and Mike Tyson.

What's the best advice you have ever been given? Keep trying. If it doesn't happen, make it happen.

Which three albums would you take to a desert island? Hot Fuss - The Killers, Glory Days - Little Mix and Yours Truly Angry Mob - Kaiser Chiefs.

What's the daftest work-related question you have ever been asked? At minus 10 with the pitch white over - "what's it like?"

What's your favourite piece of kit? The Dennis Premier ... it's old but gold.

What three words would you use to describe yourself? Fat, loyal and fun.

What is the single most useful thing you could tell a 16-year-old groundsperson? Get your qualifications and ask questions.

What talent would you like to have? To play either the drums or the guitar.

What law/legislation would you like to see introduced? Shared/ fan ownership of football clubs.