0 Getting Personal with Jack Chapman 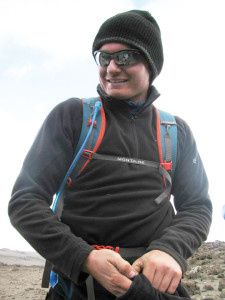 Jack Chapman - Max Raptor and Enter Shikari - yep, we had to look them up too. They're not bad either!

Who's your hero and why? Scott Bevan, old Tamworth FC goalkeeper. Ruptured a kidney after a collision, was back on the pitch the following season.

What would you change about yourself? Try not to work too hard. Put my laptop down and try to get into a few films maybe.

What's been the highlight of your career so far? Work wise, expanding my lawn care business to needing a second van at the age of twenty-two. Groundsmanship, getting the NWCC square into the condition that it is currently.

Which three people, living or dead, would you invite to a dinner party? Erm, do these get easier? Not a clue!

If you could be anyone for a day, who would it be and why? Maybe Gary Barwell at Edgbaston, just as a means to finding out what it is like preparing international pitches.

Do you have any bad habits? Nicking off to first slip.

... or any good ones? Away from the industry, it may be seen as bad, but slightly OCD when it comes to presentation.

Do you go to bed worrying about the next day's workload? I'd like to think not, but occasionally.

What are you reading at the moment? Reading? Does Facebook count? The Pitchcare magazine too, of course.

What are your pet peeves? Those 12.15pm players. Above all though, clients that talk too much and you know rain is on the way in the afternoon.

If you could go anywhere right now, where would it be? Go back to Australia. It's the size of Europe and six weeks last winter doesn't do it justice. Ashes in two years' time maybe?

What's the best part of your job? A cold beer at the end of the day in the knowledge that everything you've done is to the best of your ability.

… and the worst? Prolonged rain when you don't want it, and machinery issues.

Do you have a lifetime ambition? Not really. Work hard, play hard, see plenty of the world. 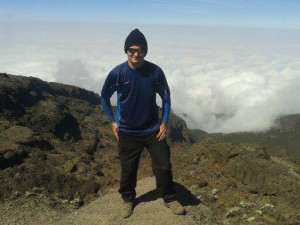 Favourite record, and why? Difficult; could say quite a few - nothing that the majority want to hear! Anything from Max Raptor. The most underrated punk rock band ever, and being quite local to me being from Burton upon Trent. Worth a listen if you like a chanty rock songs about England. Enter Shikari, huge fan. They've taken electronic rock to another level. I like what they stand for in their lyrics that are often quite political. They want to push and challenge through music like I like to think I do to myself through my business and the cricket club. They play arenas yet don't charge stupid money like most bands end up doing.

Who would you choose to spend a romantic evening with? Michelle Keegan. Who wouldn't? I was gutted when she left Corrie.

If you won the lottery, what is the first thing you would do? I've bought two tickets in my life, so it won't be happening any time soon. Yet to move out, so get shopping for my own place would be up there.

If you were to describe yourself as a musical instrument, what would you be and why? A drum - repetitive. Either keeping the beat, allowing others to do a job around me, or irritating!

What's the best advice you have ever been given? Take what you're told with a pinch of salt.

What do you do in your spare time? When I have time, I enjoy going to gigs and festivals, and some mountain climbing away from the cricket season. Travelling is something I want to do more of. Sport wise, playing cricket, some running through the winter to keep sharp.

What's the daftest work related question you have ever been asked? "Do you have a flamethrower?" Asked by a woman in her late 80s.

What's your favourite piece of kit? My Hayter Pro 48, it provides an excellent cut for a rotary. Very efficient collection and a nice finish.

What three words would you use to describe yourself? Hardworking, reliable, driven.

What talent would you like to have? Consistency with the bat in hand!

What law/legislation would you like to see introduced? No phone calls after 7.00pm. I've done a twelve hour day by this point, after all.