0 Getting Personal with James Smith

James Smith - don't go out for a pint with him ... he'll forget his wallet! 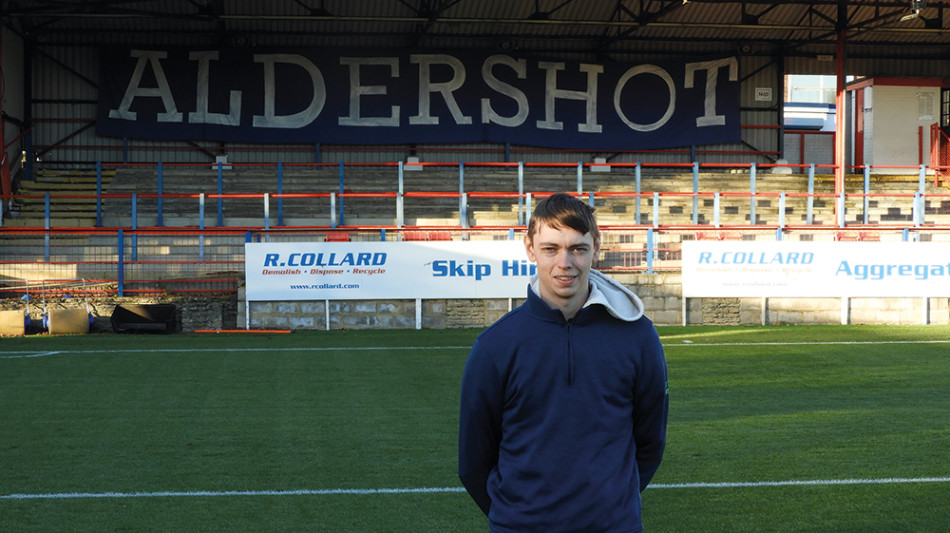 Who are you? James Smith, Head Groundsman at Aldershot Town Football Club.

Family status? Currently single and living by myself - which is great!

Who's your hero and why? My brother. He did a lot for me when I was younger.

What's been the highlight of your grounds career so far? Helping Colin at Turf Tonics

as I learned an awful lot from him. Also winning Groundsman of the Year at Aldershot.

If your younger self saw you now, what would he think? You ain't done too bad.

Which famous people wind you up? I honestly can't think of one.

What job would you love, other than your own? I would love to be a snooker player.

What was the most embarrassing moment in your life? Not so long ago, I went shopping and, when I came to pay, I realised I had left my wallet at home ... after I had bagged everything up and had it in the trolley.

What is your favourite film? In Time.

What scares you? Ladders.

What would your autobiography be called… and who would play you in the film? James Smith - The grass is greener on the other side. I think Jay from the Inbetweeners would be a good fit to play me.

What would you cast into Room 101? People on the phone whilst driving - who doesn't have hands free these days?

Do you have a lifetime ambition? To own my own house with a swimming pool in it.

Which three people, living or dead, would you invite to a dinner party? Cristiano Ronaldo, Holly Willoughby and Micky Flanagan.

What's the best advice you have ever been given? Don't eat yellow snow.

Which three albums would you take to a desert island? One Direction, Little Mix and Jess Glynne.

What's the daftest work-related question you have ever been asked. How quick does the astro turf grow? He didn't realise it was fake! The same person also asked why it was a different colour.

What's your favourite piece of kit? Definitely the Air2G2.

What three words would you use to describe yourself? Shy, funny and skinny.

What is the single most useful thing you could tell a 16-year-old groundsperson/greenkeeper? Work hard. Play hard.

What talent would you like to have? To be able to read people's minds.

What law/legislation would you like to see introduced? For it to be double time on Sundays.