0 Getting Personal with Matt Booth

Matt Booth - manners don't cost anything, especially when you're naked in hotel corridors 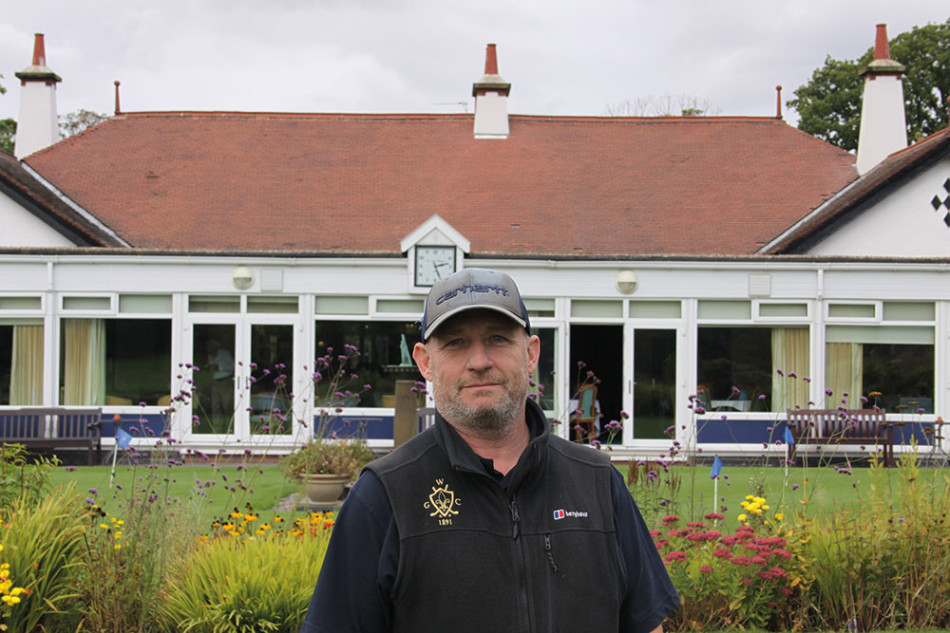 Who are you? Matt Booth, Head Greenkeeper at Wakefield Golf Club.

Family status. Married to Alison with two boys (not so little) Joe and Jack and my dog Ziggy (the naughtiest Boston terrier around).

Who's your hero and why? My mum, for working three jobs so we didn't miss out on anything.

What's been the highlight of your grounds career so far? Becoming head greenkeeper and proving that I can do it at more than one golf course.

If your younger self saw you now, what would they think? You haven't done bad.

Which famous people wind you up? Most of them.

What job would you love, other than your own? A PE teacher, but I didn't have much dedication at school.

What was the most embarrassing moment in your life? I have a tendency to sleepwalk. I once found myself naked in the corridor of a hotel and had to ask the receptionist to let me back in my room.

What is your favourite film? Any gangster movie - preferably with Robert de Niro or Martin Scorsese directing.

What scares you? Something happening to my family or, running out of cider on a Friday night.

What would your autobiography be called … and who would play you in the film? More than just a grass cutter. Jason Statham.

What is your favourite sport? Rugby league or football.

What would you cast into room 101? Jeremy Corbyn.

Which historical time and place would you like to visit? Brooklyn (NY) in the 1920's.

Do you have a lifetime ambition? Being mortgage free.

Which three people, living or dead, would you invite to a dinner party? My uncle Sean - who passed away before I could really get to know him, Neil Young and Audrey Hepburn.

What's the best advice you have ever been given? Manners don't cost anything.

What's your favourite piece of trivia? Elvis never performed a single encore, so when he left, he wasn't coming back. Hence the phrase 'Elvis has left the building'.

Which three albums would you take to a desert island? Neil Young - Harvest, Marvin Gaye - What's going on and Van Morrison - Astral Weeks.

What's the daftest work-related question you have ever been asked? Are the greens so wet because of the wetting agent?

What three words would you use to describe yourself? Conscientious, irritable and loyal.

What is the single most useful thing you could tell a 16-year-old groundsperson/greenkeeper? Take in as much as you can from the older hands, go on as much training you can and don't take to heart what members say to you.

What talent would you like to have? To play the guitar.