0 Getting Personal with Mel Jones 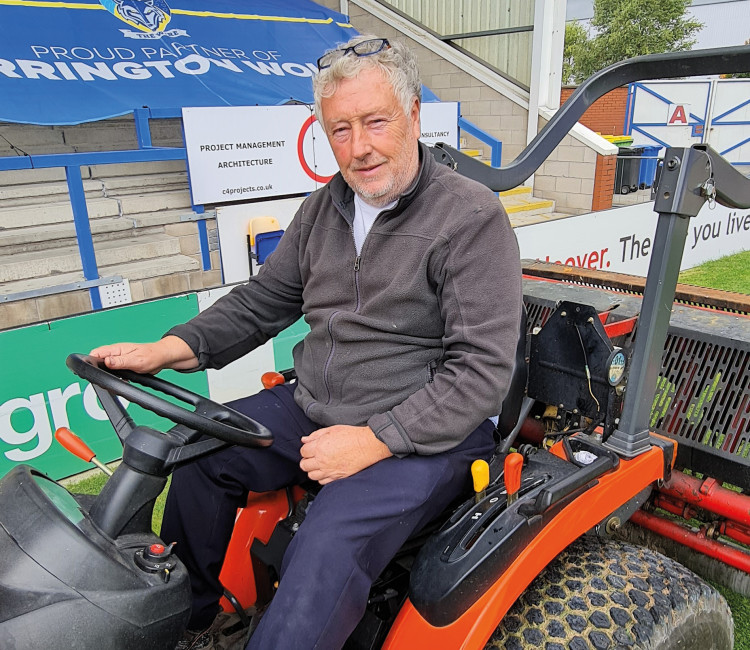 Who are you? Mel Jones Head Groundsman at Warrington Wolves.

Who's your hero and why? Denis Law - Man United's best goal scorer there has ever been.

What's been the highlight of your grounds career so far? The respect rugby league people have given me.

If your younger self saw you now, what would they think? Why are you still working?

Which famous people wind you up? Politicians.

What job would you love, other than your own? Any job trying to help the environment.

What was the most embarrassing moment in your life? The first speech to an audience.

What is your favourite film? The Godfather Part 1.

What scares you? Running out of time to relax and enjoy myself.

What would your autobiography be called… and who would play you in the film? Mr Persistence - my son would play me.

What is your favourite sport? Rugby League.

What would you cast into Room 101? Disrespectful people.

Which historical time and place would you most like to visit? 1966 World Cup Final.

Do you have a lifetime ambition? To ride a racehorse.

Which three people, living or dead, would you invite to a dinner party? Mikahl Gorbachev, my dad and George Best.

What's the best advice you have ever been given? Be true to yourself.

What's your favourite piece of trivia? De-stress by staying calm.

Which three albums would you take to a desert island? Any by Cat Stevens, Thin Lizzy and Yes.

What's the daftest work-related question you have ever been asked? I didn't know groundsmen could get dressed up?

What three words would you use to describe yourself? Honest. Respectful. Funny.

What is the single most useful thing you could tell a 16-year-old groundsperson? Be a good listener.

What talent would you like to have? To play the guitar.